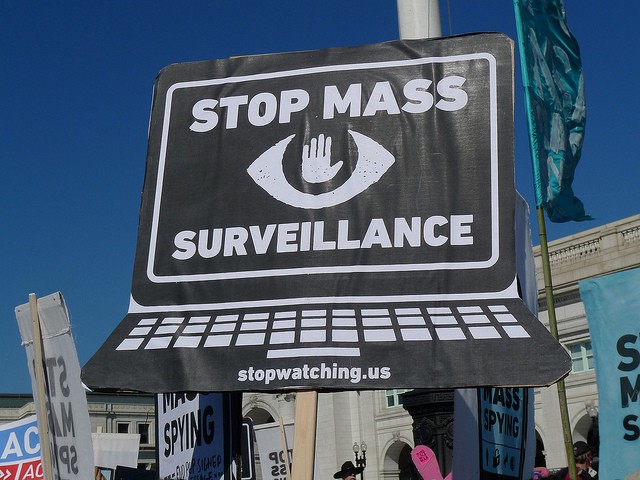 July 18, 2014 - Comments Off on UN Report Calls Mass Surveillance a Violation of Human Right to Privacy

In an important step towards establishing international consensus on the right to privacy in the technological age that we live in, United Nations High Commissioner for Human Rights on Wednesday issued a report calling bulk collection of private data and mass surveillance against the international law.

The report was prepared in response to the UN General Assembly resolution adopted during its 68th session in December 2013. The resolution, introduced by Brazil and Germany, specifically noted that the practices of bulk collection of private data and mass digital surveillance may be in violation of the Article 12 of Universal Declaration of Human Right and the Article 17 of the International Covenant on Civil and Political Rights:

"No one shall be subjected to arbitrary interference with his privacy, family, home or correspondence, nor to attacks upon his honour and reputation. Everyone has the right to the protection of the law against such interference or attacks."

The resolution had called upon all the UN member states "to respect and protect the right to privacy, including in the context of digital communication" and had requested the United Nations High Commissioner for Human Rights to submit a report to be considered by the General Assembly during the next session.

The very existence of a mass surveillance program constitute an interference with privacy, the High Commissioner notes, and asks the governments to make sure such actions are neither arbitrary nor unlawful.

The report employes clear language in condemning collection of private digital data and observes that the "collection and retention of communications data amounts to an interference with privacy" regardless of the excuse that the data might be used later.

It dismisses the idea that the collection of metadata about a communication, in contrast to the communication itself, is not a violation of privacy. The metadata, it says, "may give an insight into an individual’s behaviour, social relationships, private preferences and identity that go beyond even that conveyed by accessing the content of a private communication."

It also cautions that the companies who supply mass surveillance technology to states which are known to use the information in violation to human rights risk "being complicit in or otherwise involved with human rights abuses,"

Considering that Pakistan has been known to have deployed Netsweeper and Narus products, which have reportedly been used by other repressive regimes for censorship and surveillance, on its network, Digital Rights Foundation (DRF) welcomes the report and hopes that the government of Pakistan, as a member UN state, would pay attention to the observations made in the report.