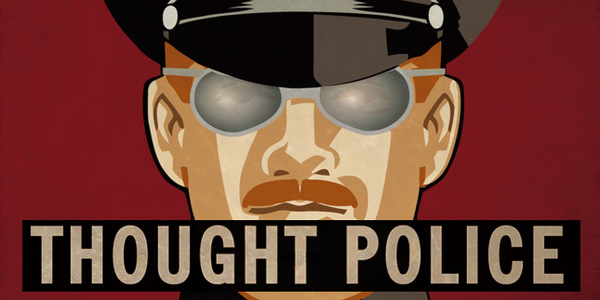 June 19, 2017 - Comments Off on The Rights of Pakistani Citizens in the Digital Realm

The Rights of Pakistani Citizens in the Digital Realm

Free speech on social media is being actively stifled by the government. Many people have received telephone calls by the Federal Investigations Agency (FIA), requiring them to present themselves at the FIA offices. People have received notices too. There have been detentions and seizures of people’s personal electronic devices.  Most alarmingly, criminal proceedings have been instituted against an individual for expressing opinions critical of the country’s armed forces.

In such circumstances, it is essential that citizens know exactly what the limits of their freedom of expression are. It is also important that they know their rights in case they find themselves on the wrong side of the law.

So what speech is actually prohibited?

The first FIR that has been lodged in such a case alleges a violation of Sections 20 and 24 of the Prevention of Electronic Crimes Act 2016 (PECA) and Sections 419 and 500 of the Pakistan Penal Code (PPC).

Section 20 - “Offences Against Dignity of Natural Person” of the PECA prohibits intentional public expression of false information online that has been made to intimidate a person, or to harm his/her reputation, or violate their privacy. It is important to note that this section appears to prohibit such speech made in relation to a human being, and not an organization or institution.

Section 24 - “Cyberstalking” prohibits doing the following four things online if they are done with the intent to coerce, intimidate, or harass a person: i) following a person, contacting, or trying to contact a person despite clear indication of disinterest by such a person, ii) monitoring a person’s internet use, emails, text messages, or any other form of electronic communication, iii) watching or spying on a person in a manner that makes them fearful, seriously alarmed, or distressed, d) taking a photo or making a video of a person and distributing it online without their consent. As with Section 20, this section also only concerns conduct relating to humans and not organizations or institutions.

Cheating a person by pretending to be someone else, or concealing your real identity is criminalized through Section 419 - “Punishment for cheating by personation” of the PPC. To be convicted of this provision, a person must cause some sort of damage, or do something that is likely to cause damage to the person being cheated. This provision is likely to be relevant when a person uses a fake profile to cheat someone.

The last provision that has been used by the FIA in its FIR is Section 500 - “Punishment for Defamation” of PPC which pertains to criminal defamation. This section criminalizes expression concerning any person that has been made with the intention to harm, or knowing, or having reason to believe that the imputations being made will harm their reputation. This provision also prohibits speech pertaining to organizations and institutions. However, good faith comments pertaining to the public conduct of public servants, and conduct of any person touching any public question are allowed.

As evident from the discussion above, good faith criticism of state instrumentalities does not seem to be prohibited. However, before the superior judiciary pronounces an authoritative judgment in this regard, explaining the applicability of these laws, any such discussion is purely speculative. Conduct that is in violation of the current governmental policy of censorship may lead to litigation, and may cause substantial inconvenience and financial costs. It is up to each individual to asses their preferred exposure to such inconvenience and conduct themselves accordingly.

What to do if the state gets involved?

Section 160 - “Police Officer’s Powers to Acquire Attendance of Witnesses” of the Code of Criminal Procedure (Cr.P.C), along with the PECA, allows the FIA to require a person to present themselves for question regarding a possible commission of an offence. The FIA, however, has been requiring such attendance over phone calls, which is illegal. A person receiving such a phone call must politely, but firmly, demand a formal notice under Section 160.

Upon receipt of such a notice, the person must present themselves before the authorities and answer all their questions truthfully. Where a person feels that answering a question might expose them to criminal liability, they may refuse to answer. Their statement may be recorded on paper, but the FIA does not have the authority to compel them to sign it.

Furthermore, the FIA does not have the authority to detain a person when they have been called pursuant to a Section 160 notice.

The FIA has also required people to surrender their electronic devices for forensic searches. It appears that the FIA is not authorized to do so without a warrant. So if someone finds himself or herself being asked to surrender their devices, they should demand to see a warrant authorizing such a seizure. A person may be required to bring their devices to the authorities, but a seizure of these devices will always require a court warrant.

The FIA, may, however, ask you to surrender your data if it apprehends that the data might be destroyed. This can possibly be done by making a copy of your hard disk. However, the FIA must provide you a written notice under Section 31 - “Expedited Preservation and Acquisition of Data” of the PECA when doing so, and bring this retention to the court’s notice within 24 hours.

So how should we tailor our conduct?

As discussed above, each person must make their own decision as to how much inconvenience they are willing to expose themselves to. Given that the PECA is a relatively new law and the courts have not really explained the contours and limits of its provisions, little about it is known with certainty. It is likely that the government’s interpretation of the law is flawed, and its actions will be restrained in the future by the courts. Till that time, however, online expressions that are critical of state institutions, such as the armed forces, may land a person in trouble. If one does find themselves in trouble, it is highly advisable to immediately seek legal counsel.

Author: Jahanzeb Sukhera
"Jahanzeb is a lawyer based in Lahore"