July 19, 2018 - Comments Off on Technologies in Elections 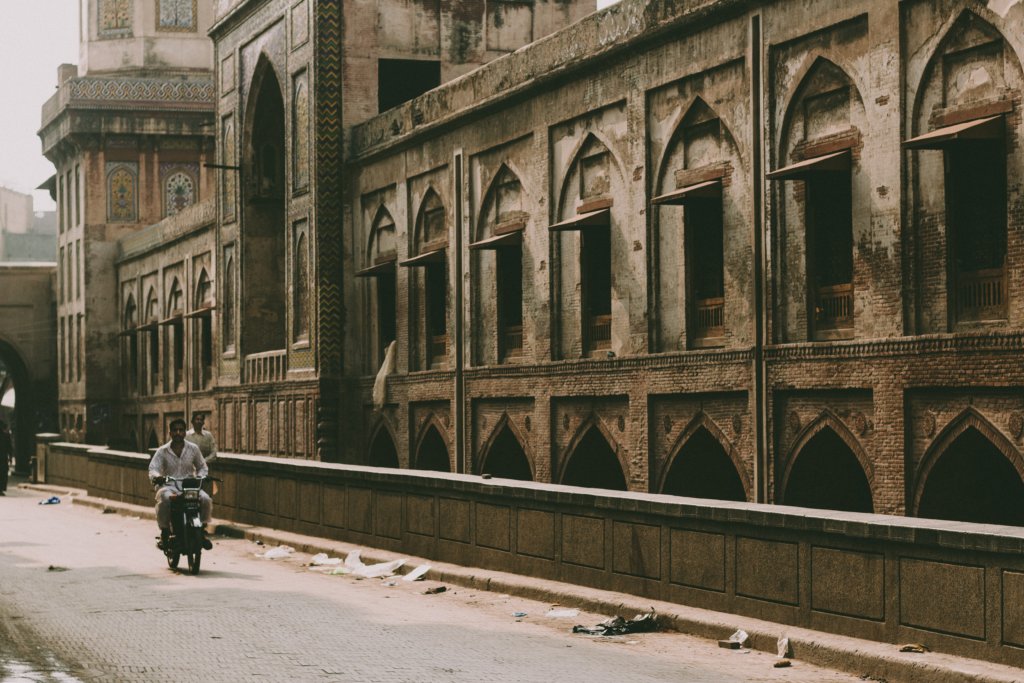 The general elections of 2018 are fast approaching. What has changed since the last time voters cast their ballots five years ago in 2013? The Election Commission of Pakistan (ECP) has upgraded the electoral process via some vital technological improvements with the aim of fostering greater civic engagement, educational reforms and transparency in the reporting process.

The first among these developments has been the “Click ECP mobile app”, launched on December 7, 2017 and available through the Google Play Store, which handily compiles information related to several facets of the electoral process, from casting the ballot box to checking CNIC registration. All the information available on its website has been conveniently packed into this application which Android users can now access easily. However questions of accessibility persist as the application does not have an Urdu version and is only available in English. 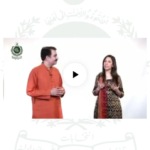 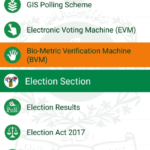 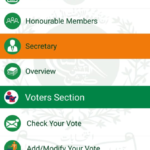 The application offers information about the ECP’s new technological innovations such as the Electronic Voting Machine (EVM) and Biometric Verification Machine (BVM). According to the app, ECP has recently purchased 100 EVM devices for pilot testing to check the feasibility and reliability of the devices in the electoral process of Pakistan. The new Election Act 2017 has legally sanctioned for pilot testing of the devices in the by-elections. The app also shows a video tutorial of how the device works. Similarly for the BVM, ECP has recently purchased 150 BVM devices for pilot testing. The machines were tested at 39 polling stations in the NA-120 by-elections. In light of this pilot project, ECP will lay down the future plan of usage of BVMs. The app also features a step by step video guide to how the BVM works. The feasibility of EVM machines has been challenged on several grounds including transparency, digital security risks and the heavy price-tag.

The ECP will also use an innovative approach to relay the results of the General Elections 2018, utilizing the Results Transmission System (RTS) in which an Android-based application will be used to transmit results in real time. ECP will be providing the Presiding Officers at each polling station with smartphones containing the required application which will have the GPS system installed in order to trace down the location of the presiding officer. They will be responsible for counting the votes and after counting them, they will take the picture of the total number of votes and upload them on that application. The ECP has already conducted tests of the new system at the by-elections in NA-4 Peshawar and PS-114 Karachi constituencies. It has been planned that the Presiding Officers (PO) will enter the polling results in the app which then transmits the data to the ECP servers in real time. The application uses GPS to record the location of the result and generates a timestamp of the upload. According to the ECP, this should enhance the transparency and discourage unofficial and premature announcements by the electronic and social media. In case of internet unavailability in a particular area, the picture taken through that application which will be uploaded once the device is connected to the internet. After they have uploaded the pictures, Returning Officers and ECP will be able to check them for the verification of data. Presiding officers will be asked questions if they change their location at the time of uploading picture or they do not upload the correct data on the same location. This time ECP is trying to take all the precautionary measures that are possible in order to prevent any form of lag or mishap. However, given the unavailability of internet infrastructure in certain parts of the country, this method of data collection will not be feasible everywhere.

According to newspaper reports, the ECP has collaborated with NADRA,PTA, and several telecom operators to make the operations seamless. It is important to highlight, however, that issues of digital security have been neglected by the ECP, and that the potential for electronic tampering and hacking exists given the relaying of results will be solely technology-based at select polling booths.

Finally, the ECP is bound to publish election-related data on its website as well which is stipulated in various sections of the Election Act 2017. The ECP’s website details its efforts to promote fair and free elections. The download section offers several different forms required during the electoral process, from the affidavit to be filed with the nomination form, to the Postal Ballot Form in both Urdu and English. The website also helps political candidates by offering the declaration of assets form. However, there is room for improvement in the ECP’s efforts as the candidate lists are incomplete and at times the names of nominees are ineligible.

However, despite these advancements, the monitoring of election campaigns as mandated by law, does not account for social media as the preferred method of electronic political advertisement. With regard to the harassment of female candidates, who are routinely subjected to derogatory statements on social media such as Facebook and Twitter, the ECP offers no protection. The ECP also does not contain any guidelines in its Code of Conduct for discouraging defamatory campaigns against rival opponents on social media, thus making it unclear whether the use of unwelcoming or abusive language online against political candidates is covered by the legislation. Twitter is especially susceptible to such campaigns where teams of social media activists and trolls routinely exploit trending hashtags in order to vilify political opponents or to promote their own political party and candidates. Such engineering of the electoral process via the influence of social media on voters, which cannot be understated in the era of Facebook’s dilemma with fake news, has the potential to disrupt the transparency and freedom of the electoral process this year.