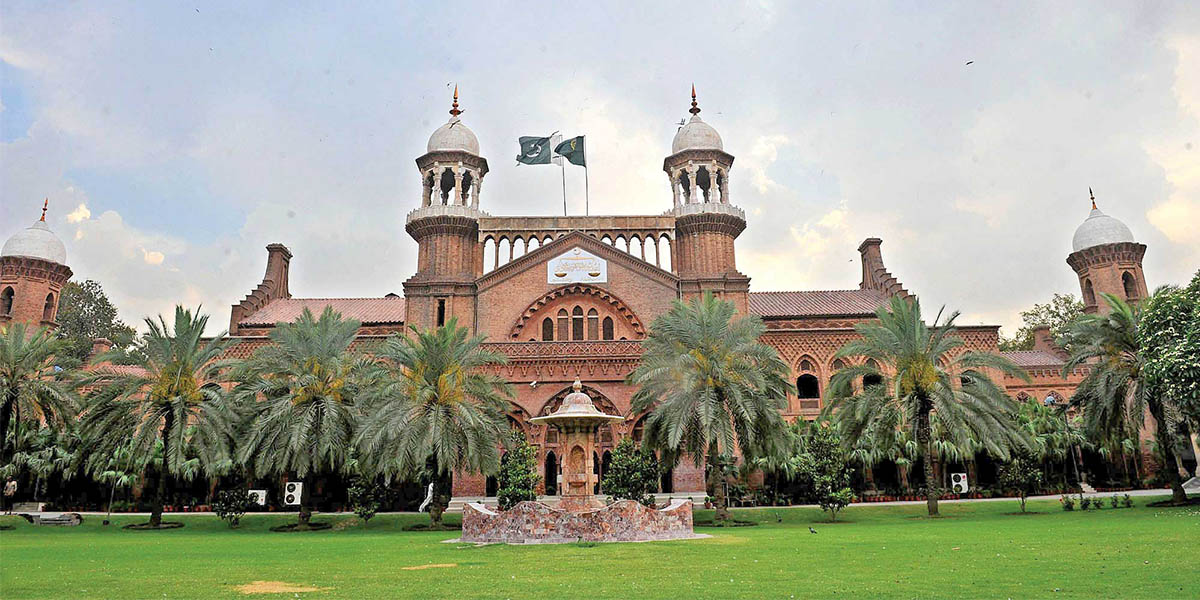 June 21, 2017 - Comments Off on Statement of Support #RecoverAishaAndAlyaan

Digital Rights Foundation and Girls at Dhabas condemn the attack on Asma Jahangir’s associates from AGHS Legal Aid Cell - comprising a female lawyer and two male lawyers - inside a courtroom at the Lahore High Court yesterday morning, i.e. June 20, 2017, by a large group of about 60 to 70 lawyers. This group was present on the court premises to bully Ms. Asma’s team on behalf of Maqsood Buttar, member of Pakistan Bar Council. The presiding judge in the courtroom was Justice Abdul Sami Khan.

Asma and her team have been representing a poor woman who filed a petition to find her missing daughter, 26-year-old Aisha, and grandson, Alyaan. According to the petitioner, Aisha was secretly married to Maqsood Buttar and gave birth to his son. Both Aisha and Alyaan disappeared over 6 months ago. According to Aisha’s mother, after giving birth to Alyaan, Aisha started demanding that Maqsood treat both of them equally, like he would his other family. As a result, Maqsood was repeatedly violent and abusive towards her, up and until her disappearance, along with Alyaan’s.

Yesterday, at the Lahore High Court, 60 to 70 lawyers entered the court premises, disrupting proceedings, chanting insulting slogans and hurling abuses to address Asma Jahangir and her associates (terms such as “gashti” and “agent” were hurled at them). Noor Ejaz Chaudhry, the female associate who was present in court, was told to stay in her “aukaat” and harassed, and when her colleague, Osama Malik, came forward to defend her, he was manhandled and thrashed by some of the lawyers present. His clothes were torn apart and he was dragged out of the courtroom. All this happened in the presence of the judge, and the associates had to be given a backdoor to escape this violent scene.

The legal fraternity in Pakistan is rife with sexism, misogyny and injustice, as can be seen by such occurrences. Incidents like these happen frequently within our courtrooms and law firms. Systematic issues such as the overall lack of female judges in our higher judiciary and hostile courtroom environment makes work extremely difficult, and, at times, dangerous. Our female lawyers do not just fight legal battles; they endure horror stories every single day. The majority of men in the legal fraternity deliberately subject their female colleagues and peers to harassment in their professional lives. Let us not forget that Pakistan is the only South Asian country that has never had a female judge in its apex court, i.e. the Supreme Court of Pakistan. Moreover, as rightly pointed out by Reema Omer of the International Commission of Jurists, the Pakistan Bar Council has never had a female member in over 40 years of its establishment.

Bar politics and intimidation by lawyers is another problem that has impeded justice and resulted in the harassment of several litigants. The abuse of power and mobilization flies in the face of tall claims of access to justice and litigant-friendly courts. Abuse of power and violence is openly flouted by lawyers who instead of protecting and defending the most vulnerable among us, continue to misuse their power and political clout with impunity. This instance is a clear obstruction of justice and an attempt to wrongly protect lawyers within the fraternity.

There needs to be strong and categorical rulings ordering strict measures against lawyers who routinely harass women. It is extremely important to end impunity of lawyers engaging in such offensive conduct and to ensure that there are repercussions for those who deliberately engage in such behaviour. Furthermore, such measures will ensure that members of the legal fraternity are well aware of the fact that their words and/or actions represent discrimination and/or harassment. Judges need to take strict action to ensure that their courtroom is free of discrimination of any sort, and that nobody present during the hearing is mistreated. There needs to be a larger conversation, at all levels of the court system and legal fraternity, regarding the underrepresentation of women and the harassment that they face.

We stand in solidarity with Aisha’s mother, as well as Asma and her associates, and hope to find answers regarding the disappearance of Aisha and her son Alyaan. Addressing what happened yesterday, and resolving the case in question, is necessary to prevent more unfortunate episodes and miscarriages of justice like these from taking place.