October 17, 2022 - Comments Off on September 2022 Newsletter: DRF’s Nighat Dad at the Ministerial Summit for Information and Democracy

September 2022 Newsletter: DRF’s Nighat Dad at the Ministerial Summit for Information and Democracy

Nighat Dad at the Ministerial Summit for Information and Democracy 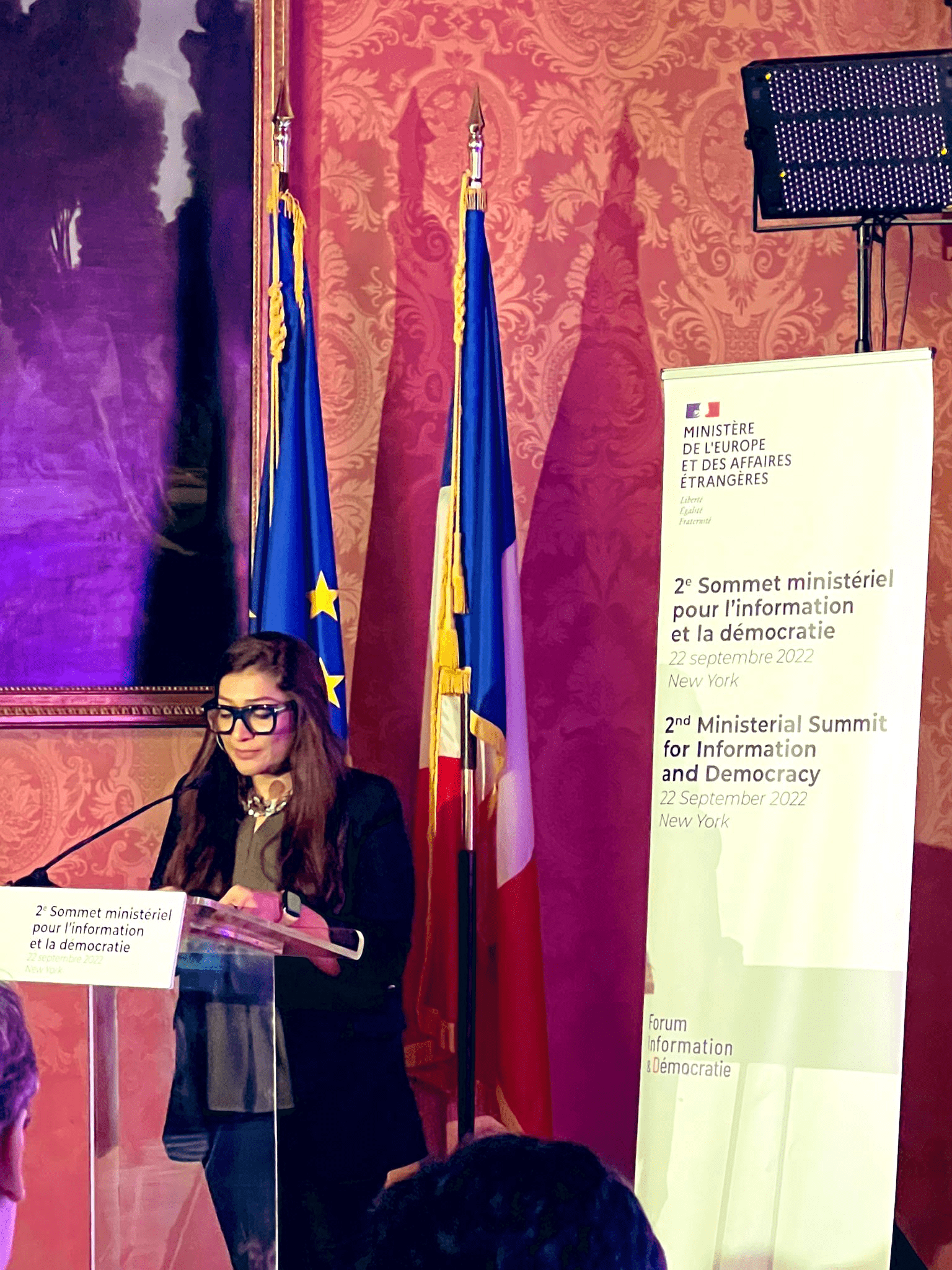 Nighat Dad presented the new deal for Journalism as a Vice Chair of the Forum on Information and Democracy to several honorable State Ministers. The forum called on governments to commit up to 1% of their official development assistance to the sustainability of independent journalism. 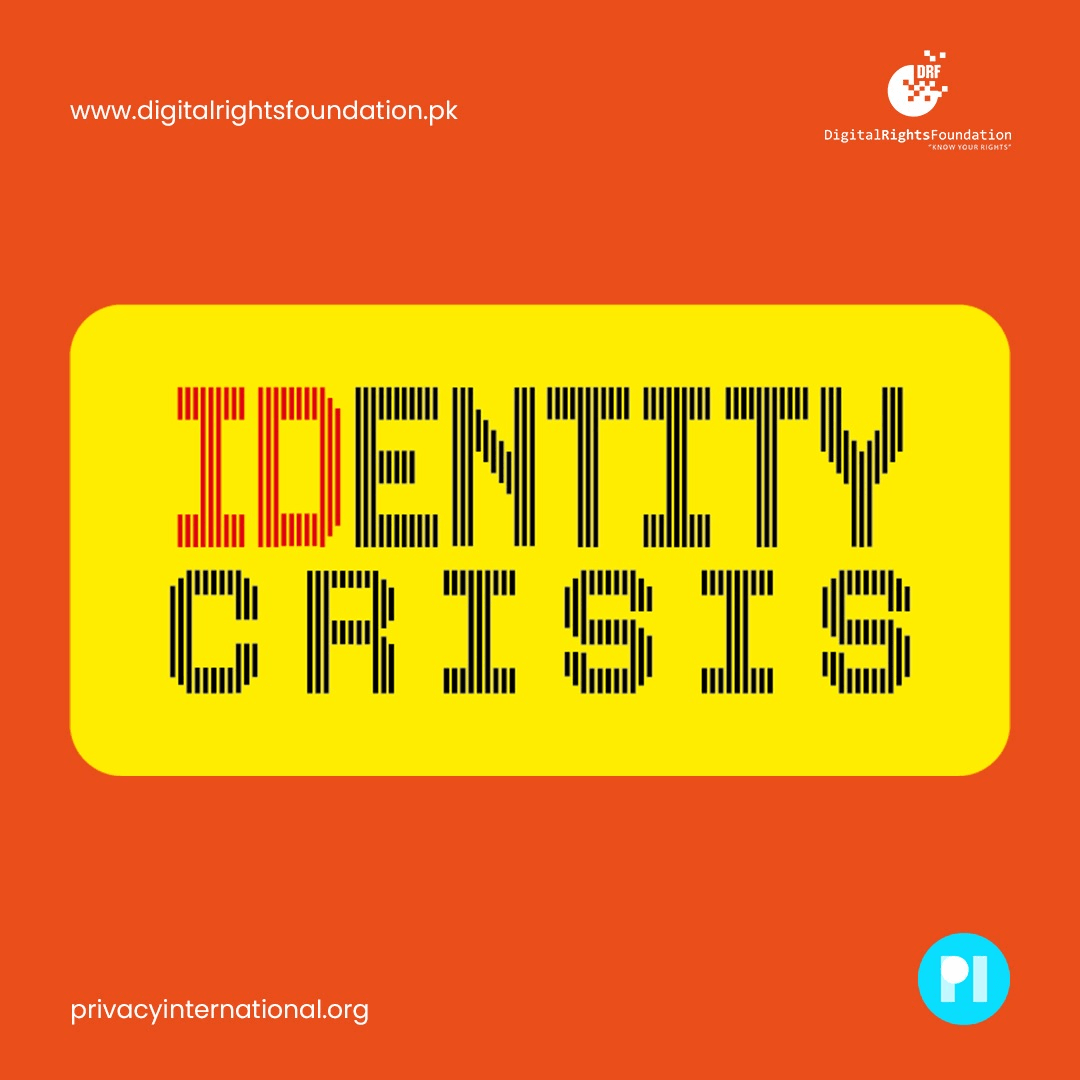 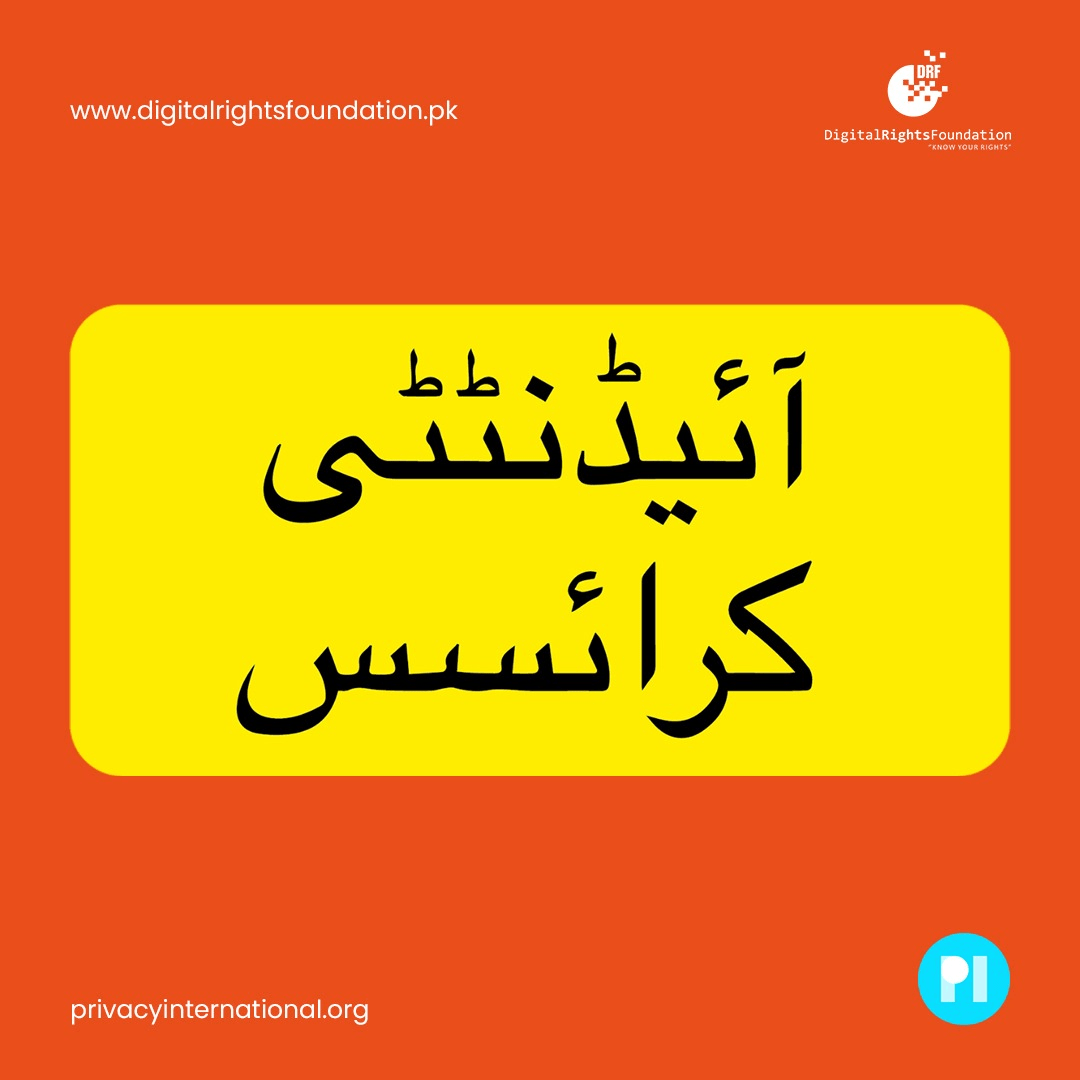 To find out more about visit our website: www.digitalrightsfoundation.pk 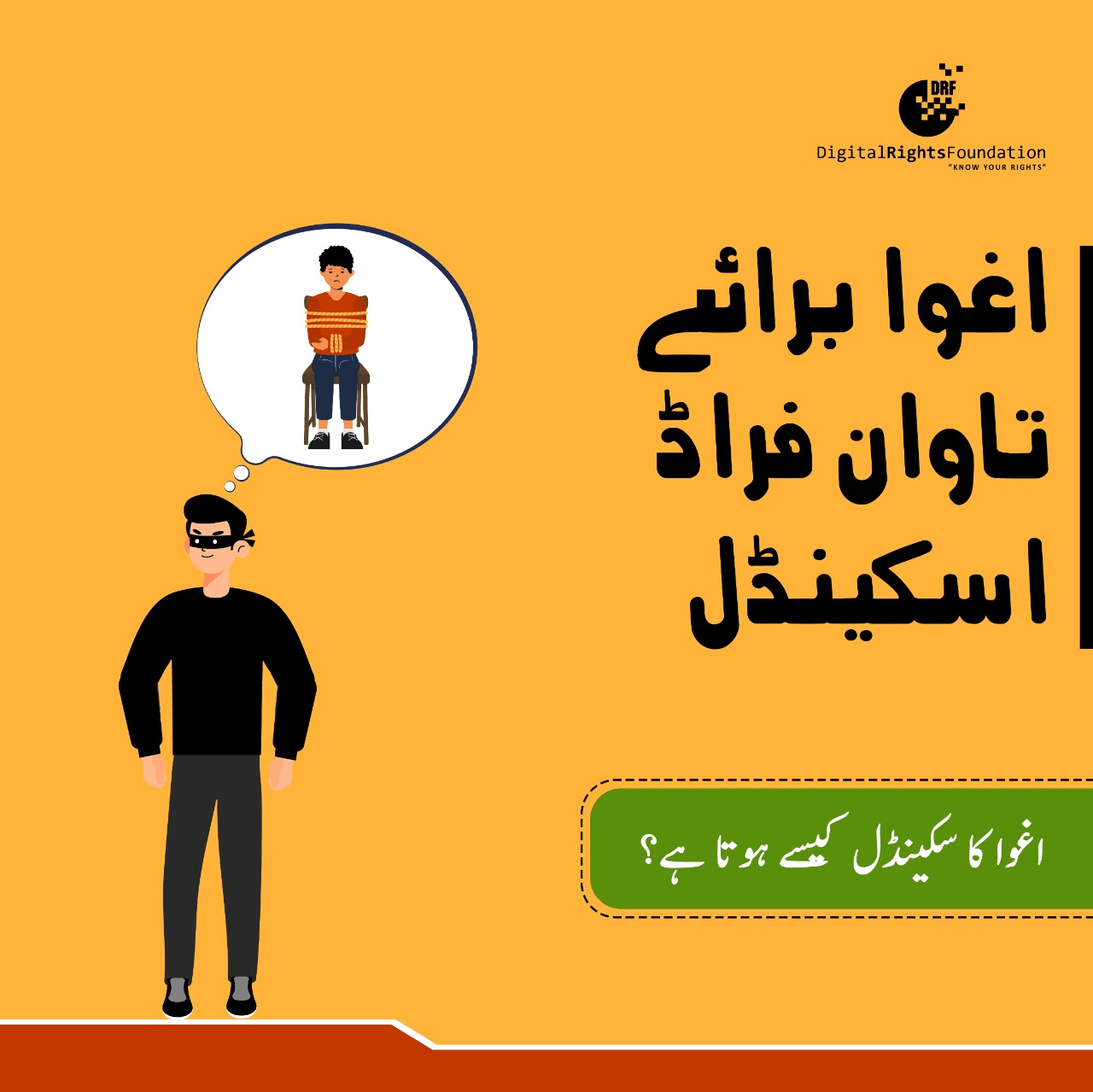 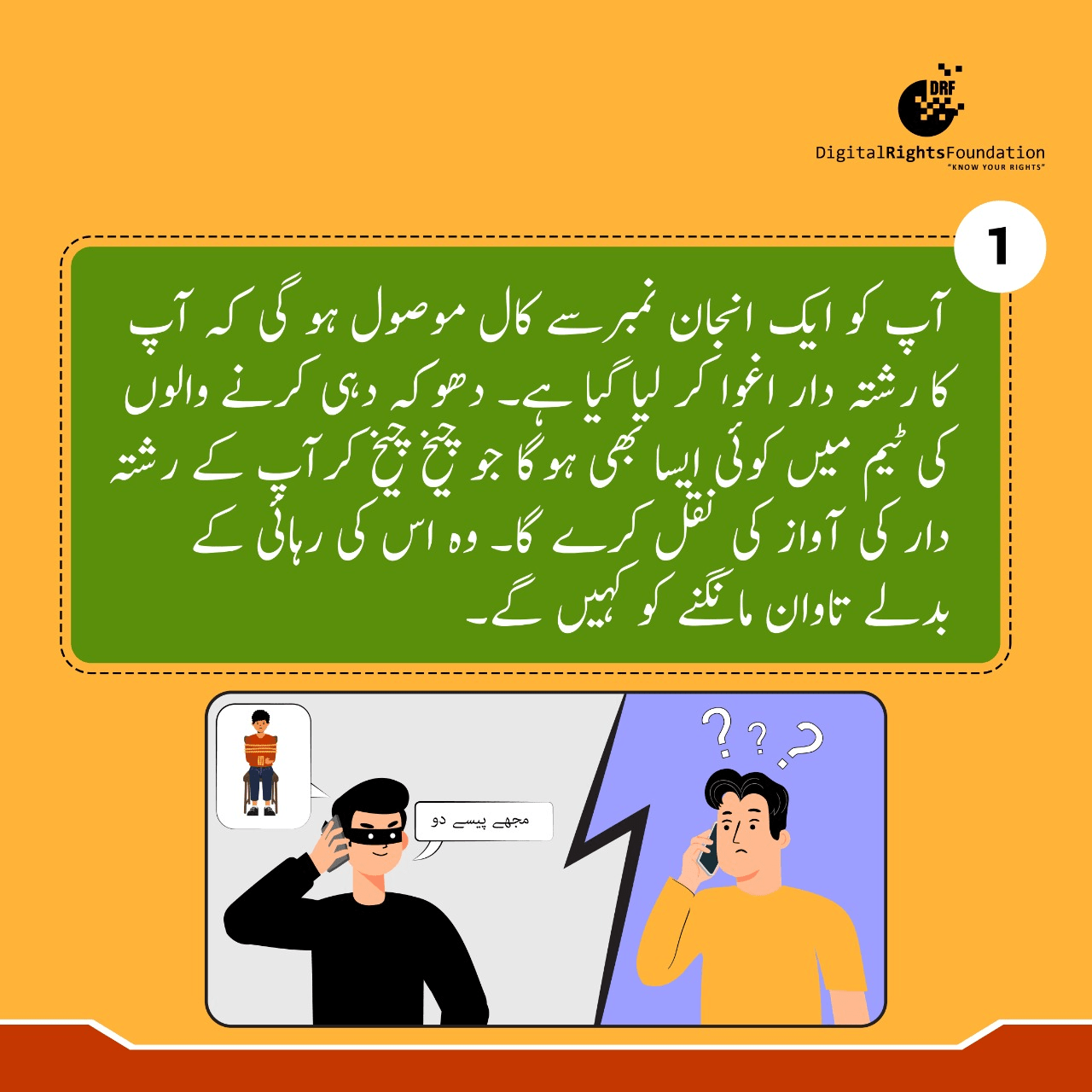 The helpline received a considerable amount of complaints about fake kidnapping cases for which the team developed infographics around how to avoid these scams and report.

The Coalition Against Online Violence 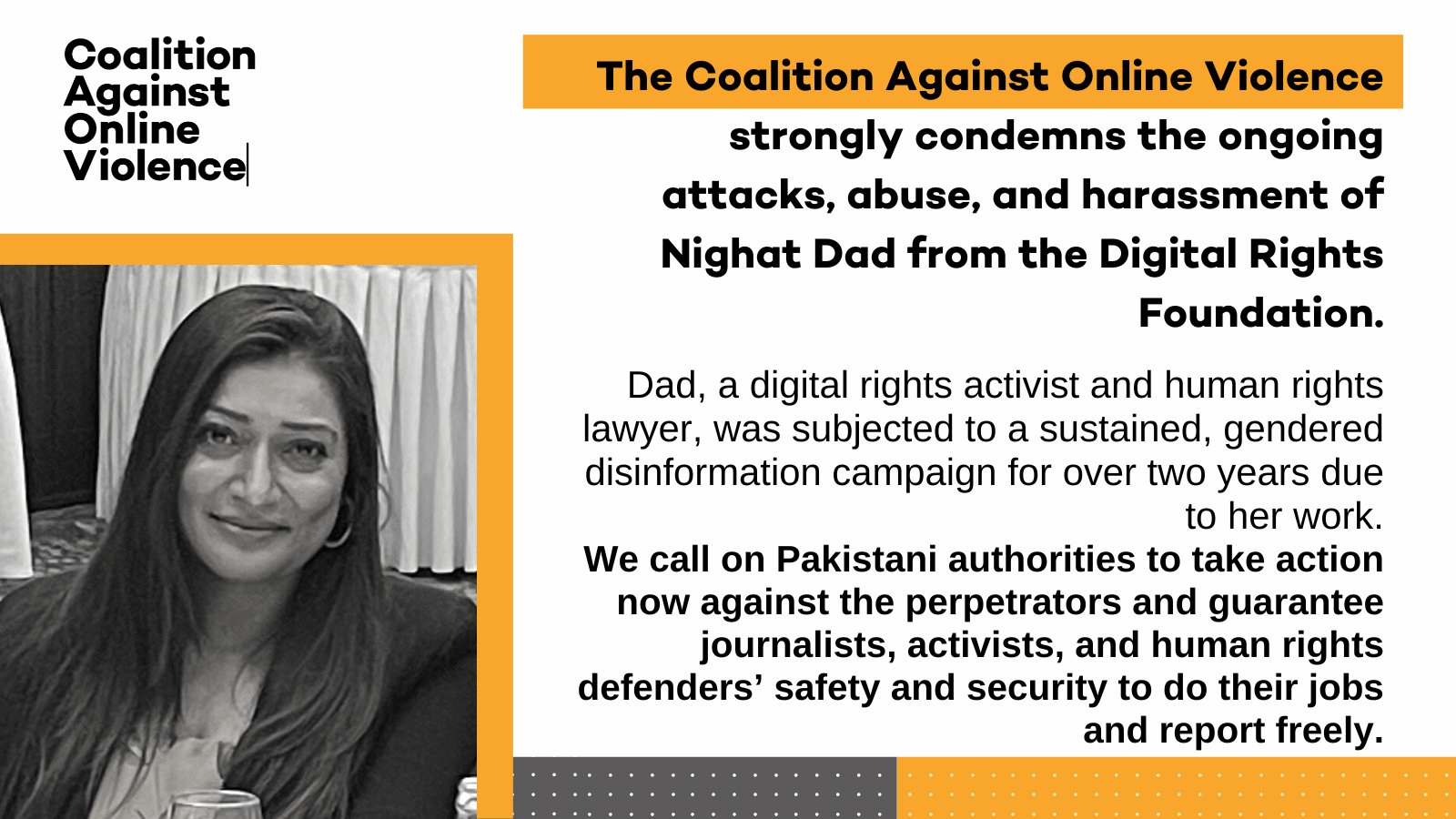 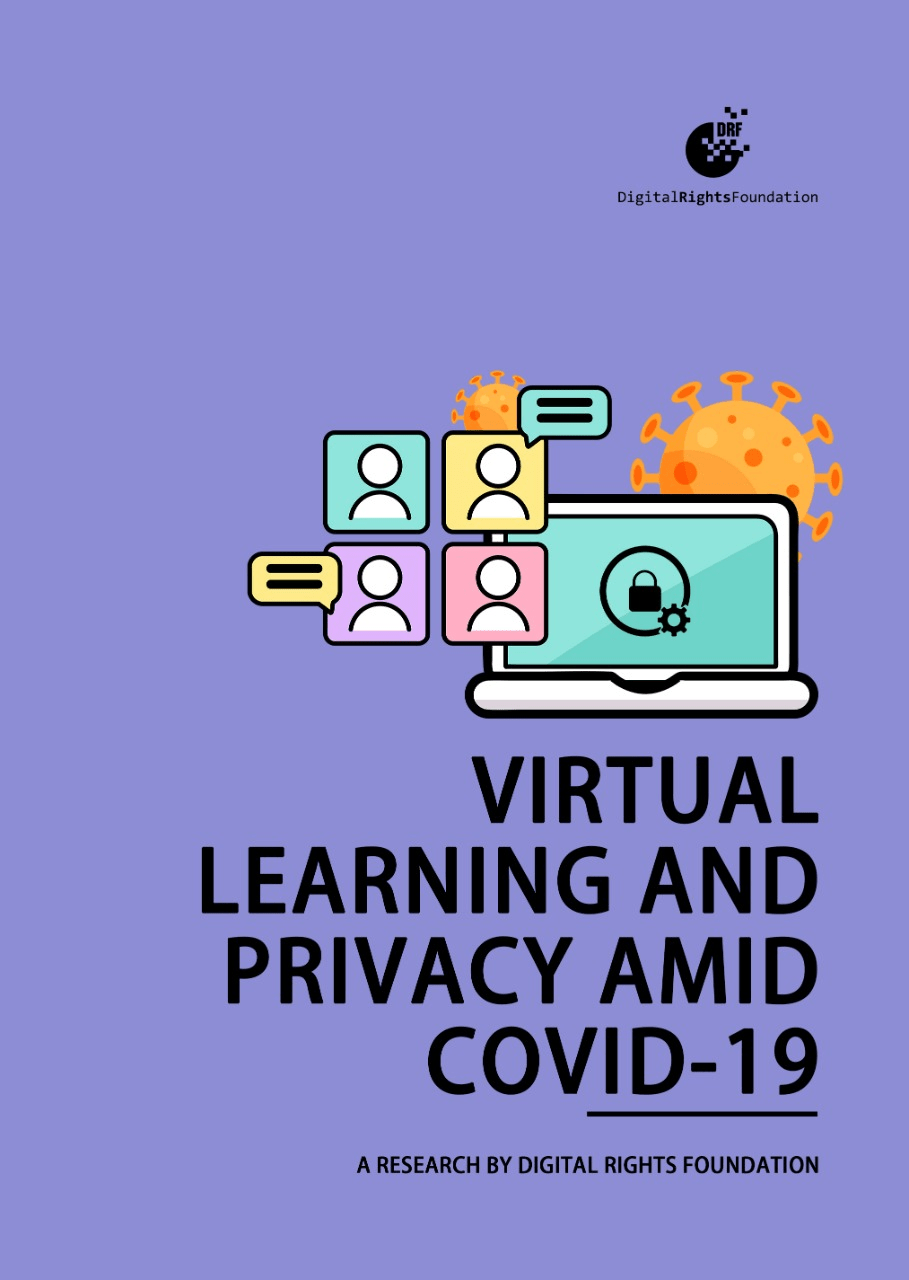 DRF conducted a study on Virtual Learning and Privacy Amid COVID-19 to investigate and understand the privacy practices between students, teachers and educational institutions.

DRF Condemns the Arbitrary Youtube Shutdowns in the country as ‘Unconstitutional’ 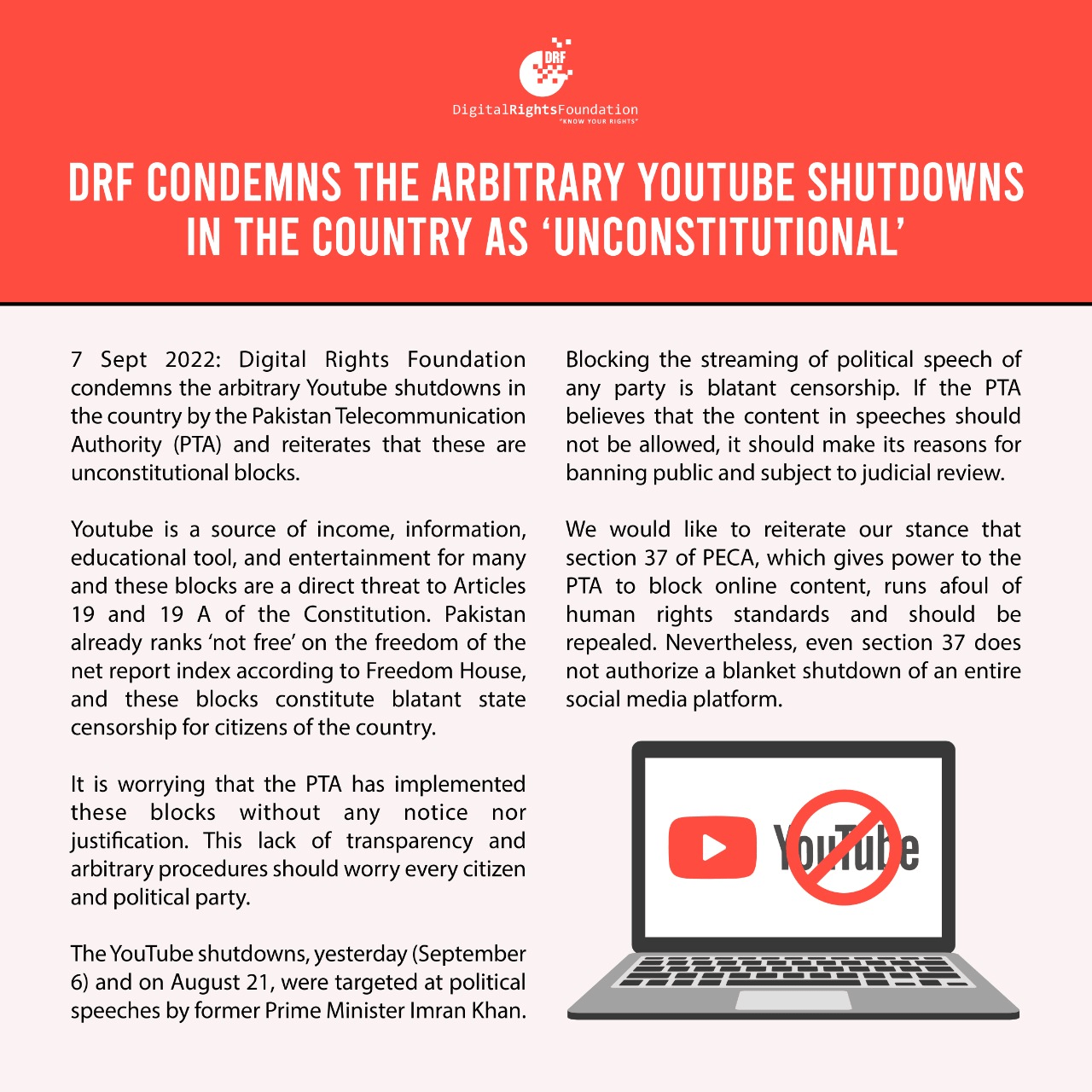 Digital Rights Foundation condemns the arbitrary Youtube shutdowns in the country by the Pakistan Telecommunication Authority (PTA) and reiterates that these are unconstitutional blocks. 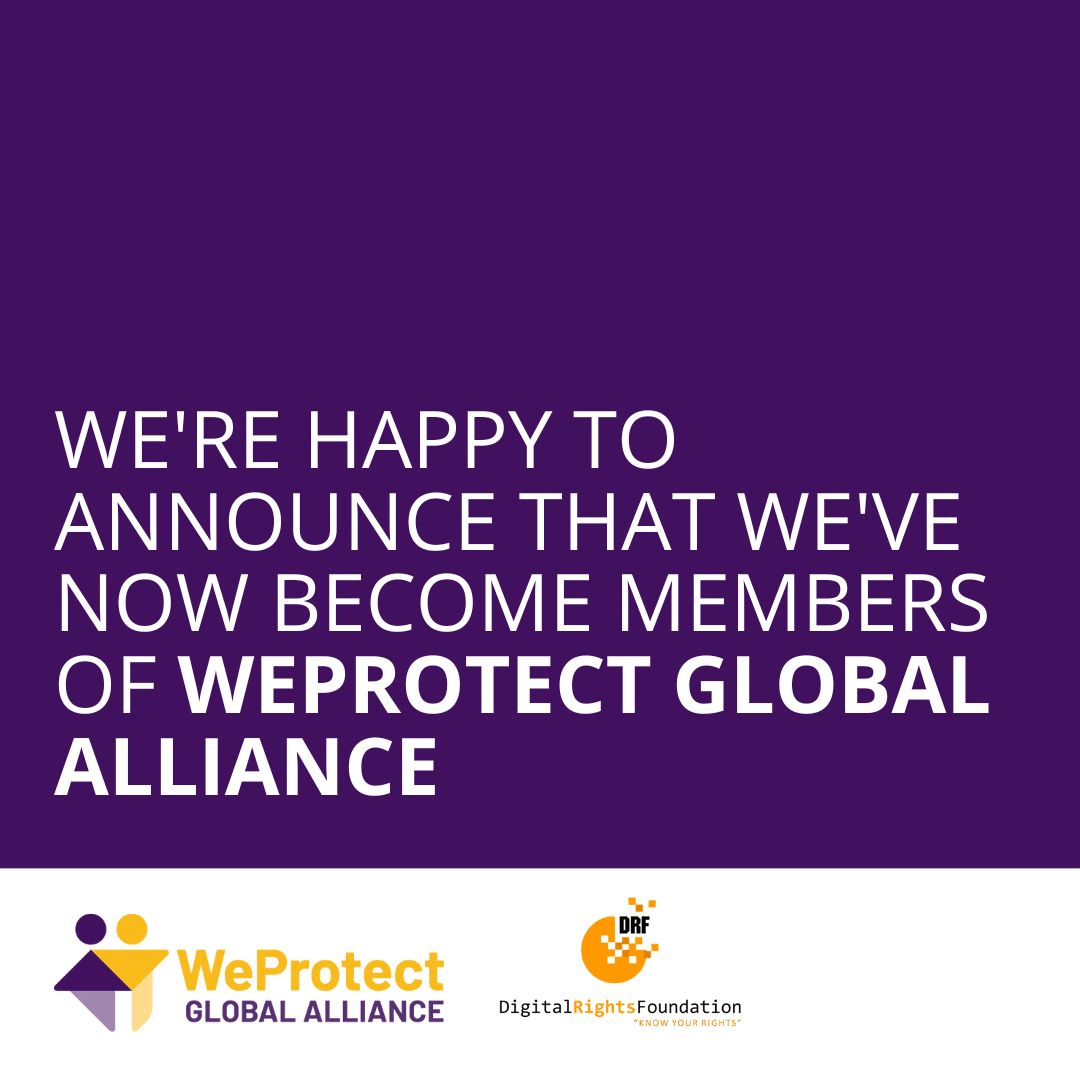 DRF became a part of the WeProtect Global Alliance. We're looking forward to working together with the Alliance to build a digital world designed to protect children from sexual exploitation and abuse. 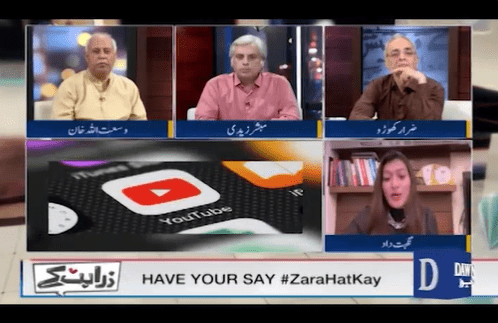 DRF’s ED Nighat Dad spoke on the show Zara Hat Kay discussing the arbitrary Youtube Shutdowns in the country as a violation of the constitutional rights of the citizens.

Nighat Dad, Executive Director of Digital Rights Foundation and Member of Meta’s Independent Oversight Board, presented a new deal for journalism to several State Ministers as a Vice Chair of the Forum of Information and Democracy alongside UNGA 2022.

DRF published an op-ed with Thomas Reuters Foundation on the issue of internet shutdowns in Pakistan, particularly in light of bans on YouTube, impending elections and unprecedented flooding in the country.

DRF’s Nighat Dad was featured on Friedrich Naumann Foundation’s website in the list of human rights defenders of 2022. She shared her story as an activist and the struggles she faced while pursuing her activism.

Emerging Technologies, such as AI, Algorithms etc and their relevance in Pakistan 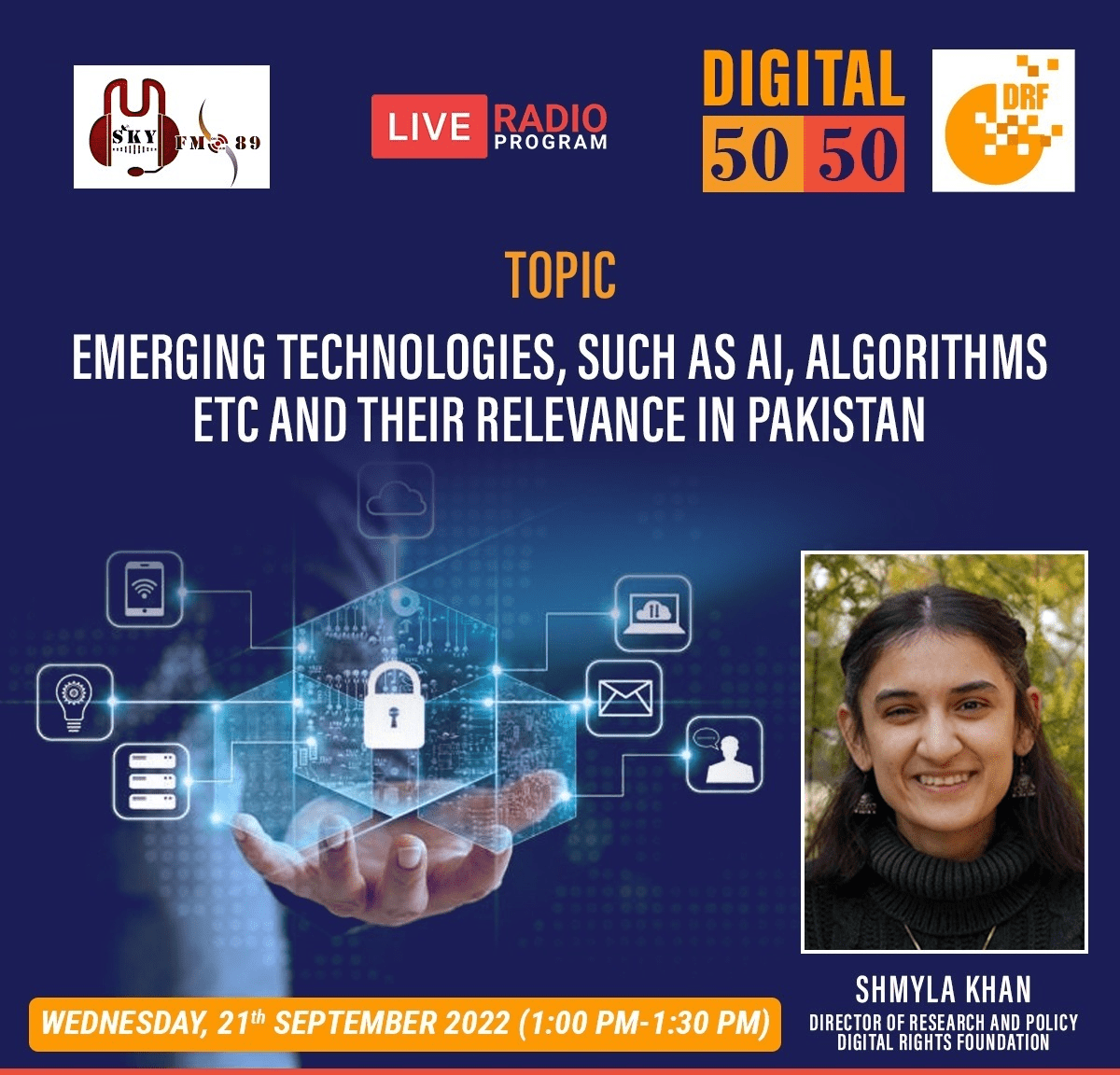 DRF’s Shmyla Khan spoke Sky FM 89 on Emerging Technologies, such as AI, Algorithims etc and their relevance in Pakistan. She shed light on the growing intergration of technologies in our lives and our reliance on them.

“Well-being and self-care are collective efforts” 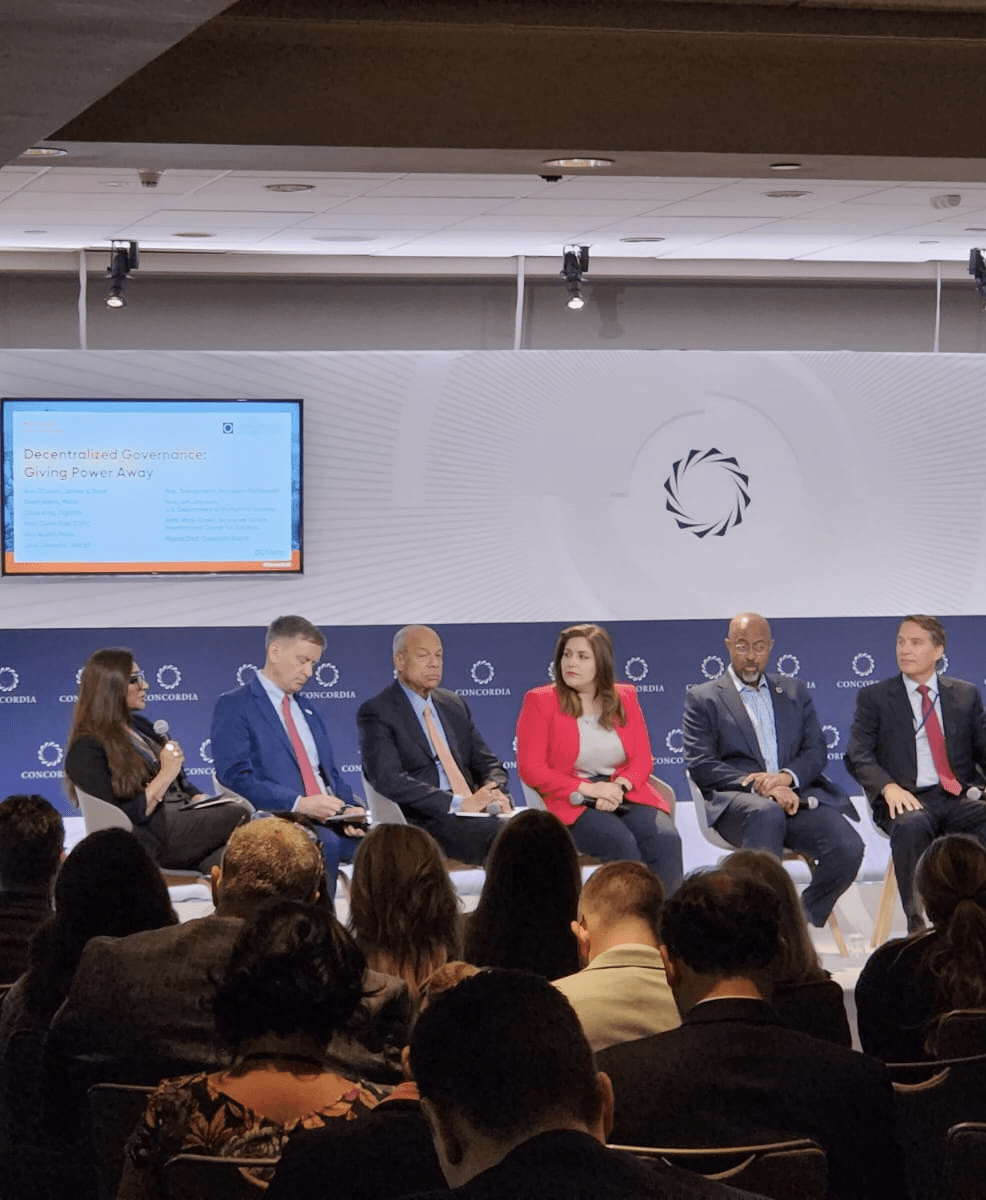 DRF’s Nighat Dad on behalf od Meta spoke at the Concordia Summit 2022 on the panel Decentralized Governance: Giving Power Away emphasizing on bringing communities at the centre of the conversations.

She spoke about how decentralisation also mean giving away power to its users by tech giants which the Oversight Board has been doing.

Nighat Dad spoke at the High Level Panel of Legal Experts on Media Freedom discussing the growing need to secure emergency safe refuge for journalists at risk on the sidelines. 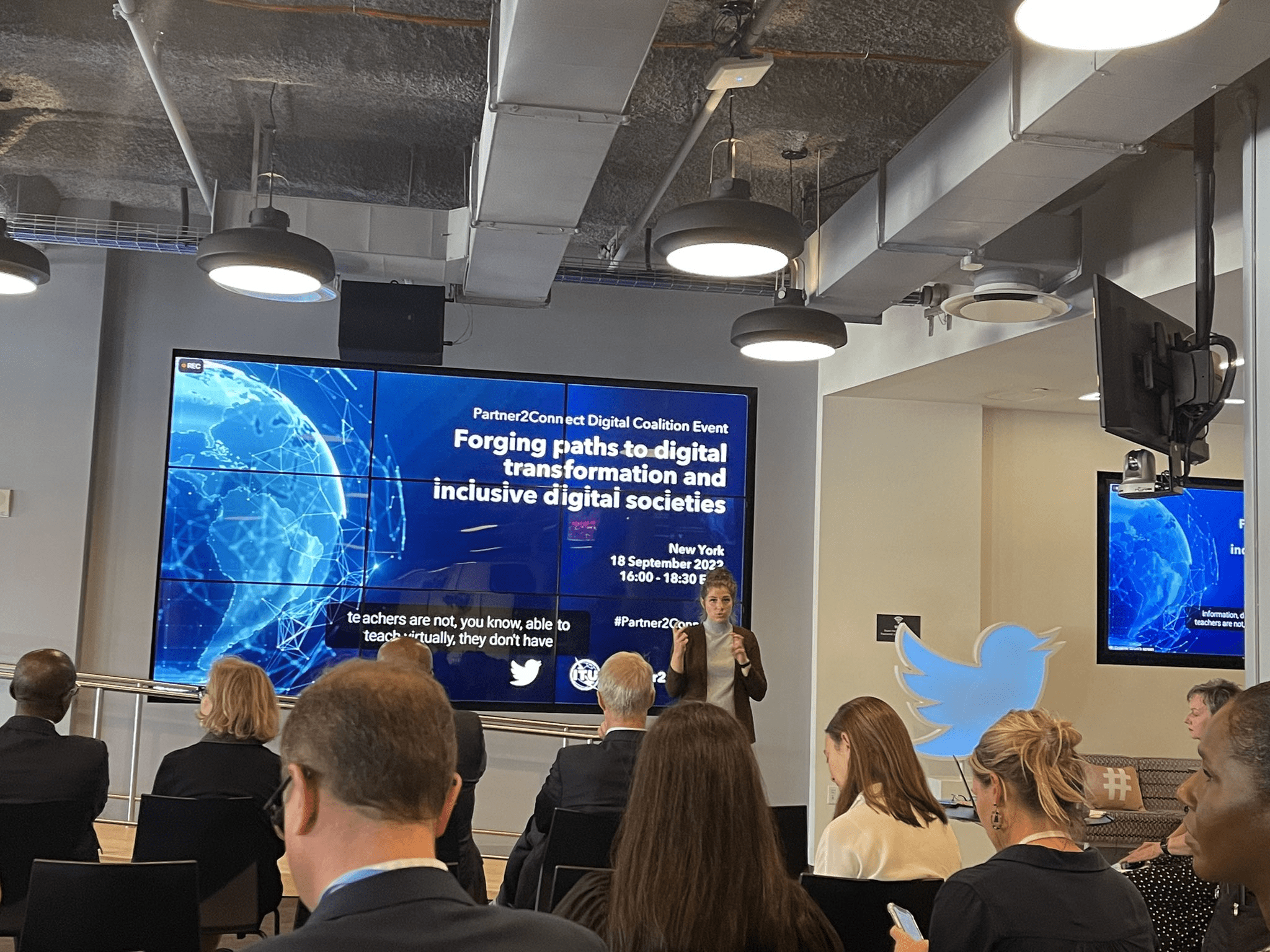 The Edge of the Law: A regional approach to confronting legal challenges 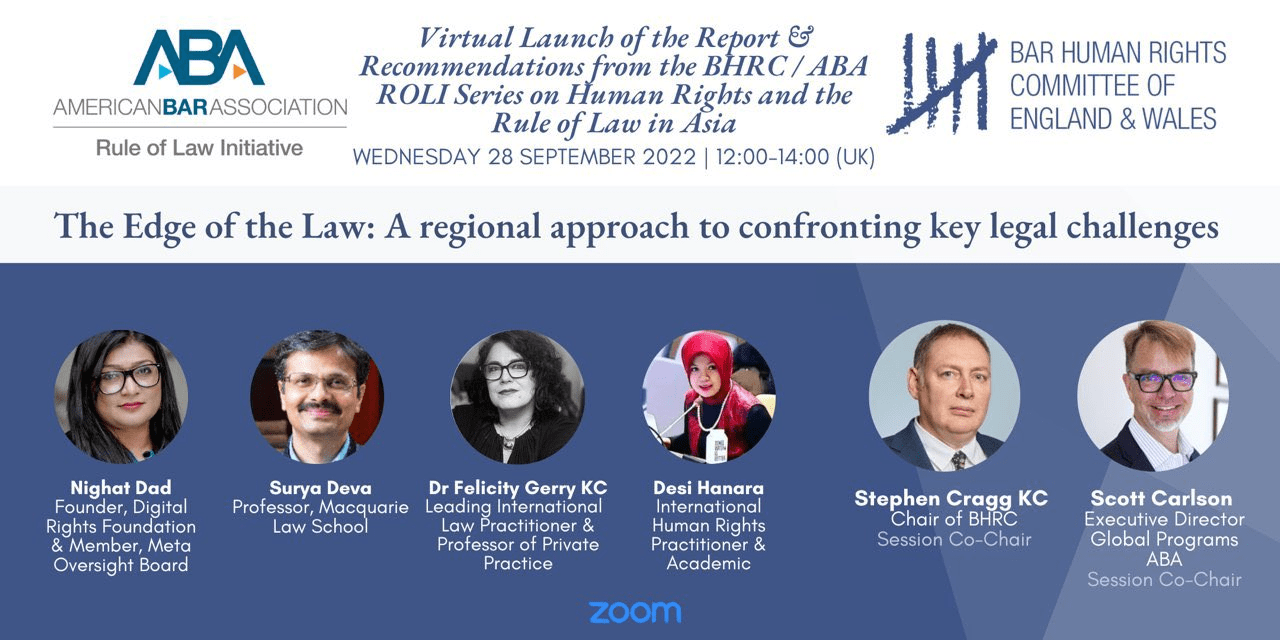 DRF’s Nighat Dad spoke on the virtual launch of the report and recommendations from Bar Human Rights Committee of England and Wales and the American Bar Association Rule of Law intiative on the ‘The Rule of the Law: A regional approach to confronting key legal challenges’ specifically highlighting the chapter about the need for a human rights centric data protection approach in the region.

The Freedom Online Coalition (FOC)  and the Government of Canada hosted consultations with stakeholders in the Asia-Pacific, Europe, Latin America, North America, Sub-Saharan Africa, and Middle East and North Africa regions to support the development of the upcoming FOC Ottawa Agenda. DRF’s Nighat Dad was part of the consultation representing Pakistan. 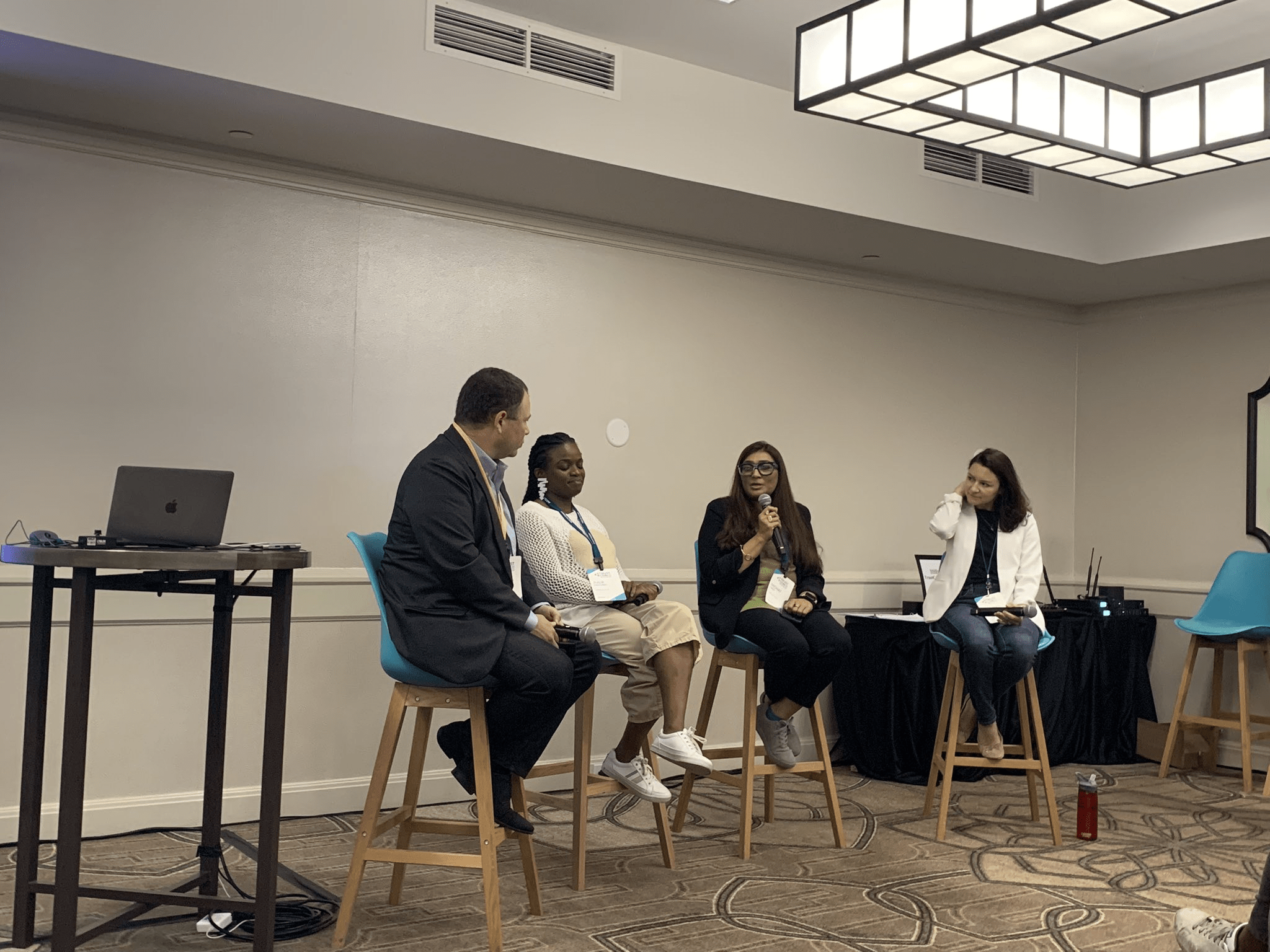 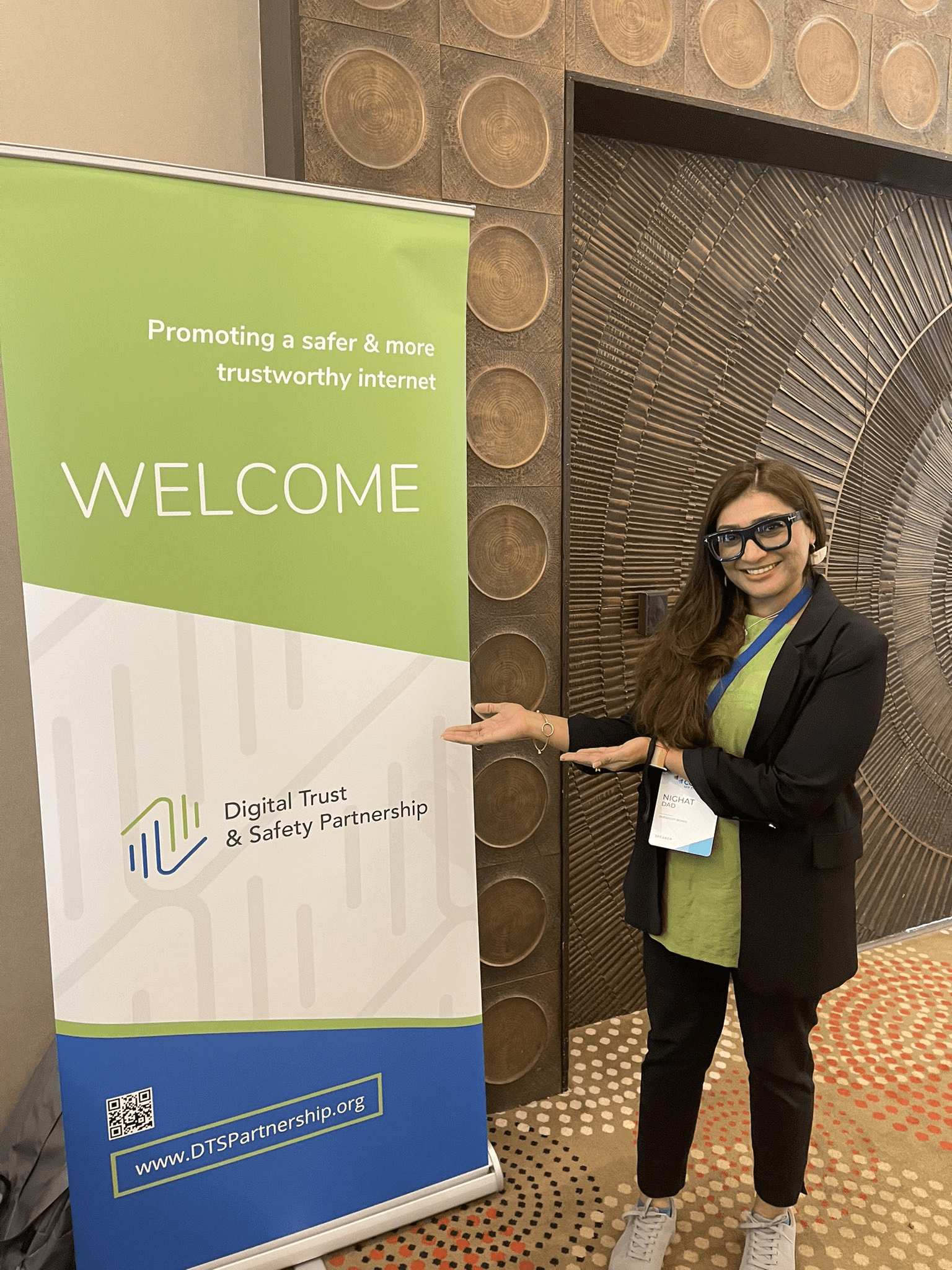 Nighat Dad on behalf of the Oversighht Board discussed the recommendation and tracking the implementation of the oversight board. She emphasized on the board welcoming more inputs and being a transparent and independent body. 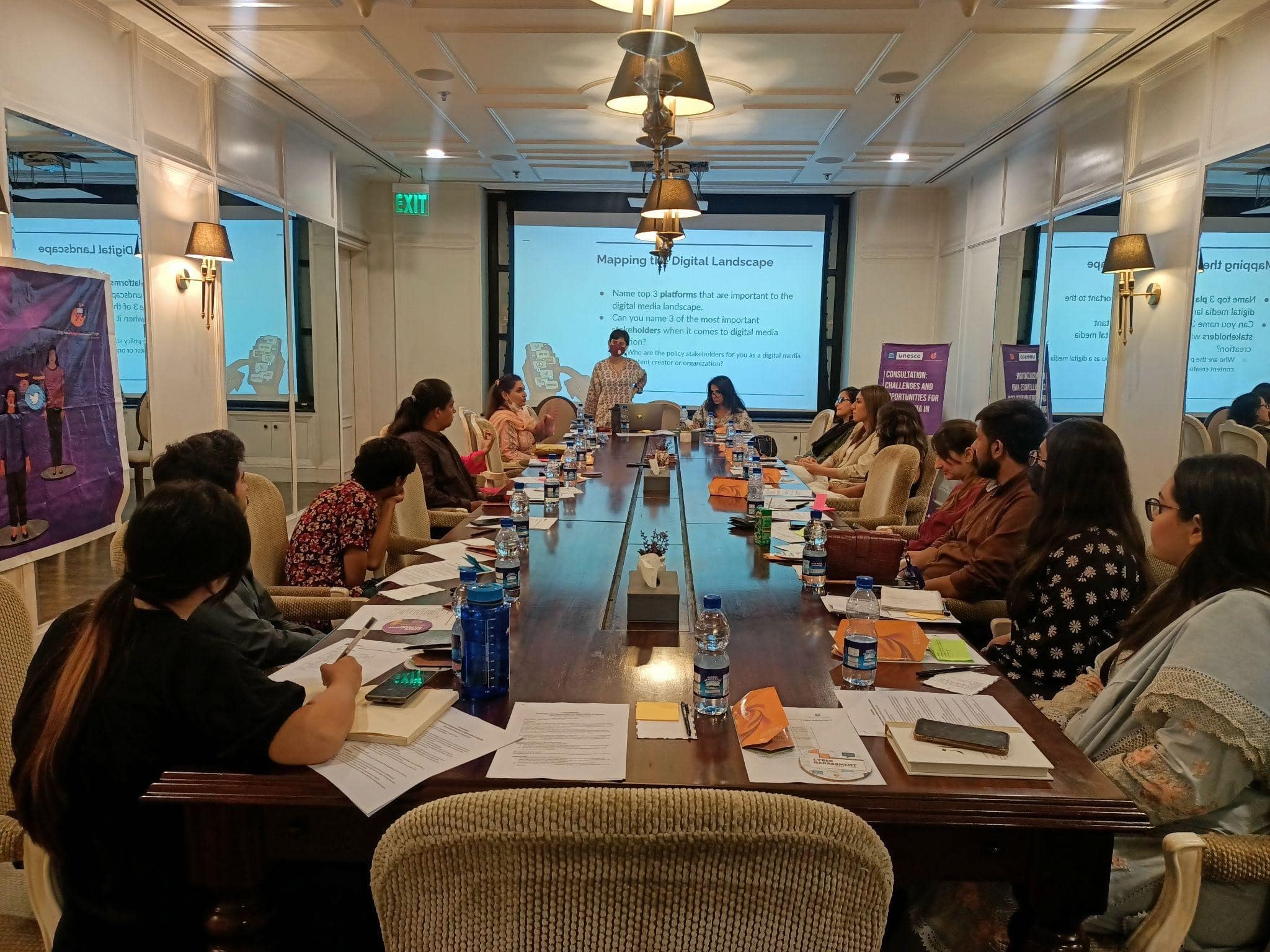 Similar to the preceding consultation, participants highlighted issues of growing hate speech and intolerance online and how the community guidelines of social media companies were unequipped with the requisite cultural/linguistic sensitivity to effectively remove/block hate speech. They also expressed the need for educating content creators on social media content policies and local laws including those on copyright infringement.

DRF participated in the City School’s panel talk, Hajar e Tifl (Protect the child) under whose banner the panelists addressed Vocabulary of Abuse and the concept of child abuse in physical and digital spaces. The panel talk took place on September 22, 2020, at TCS Paragon Campus, Lahore. The panelists thoroughly spoke on verbal abuse against children in online and offline spaces - the various concepts accounted for included cyber stalking, cyber harassment, bullying etc. 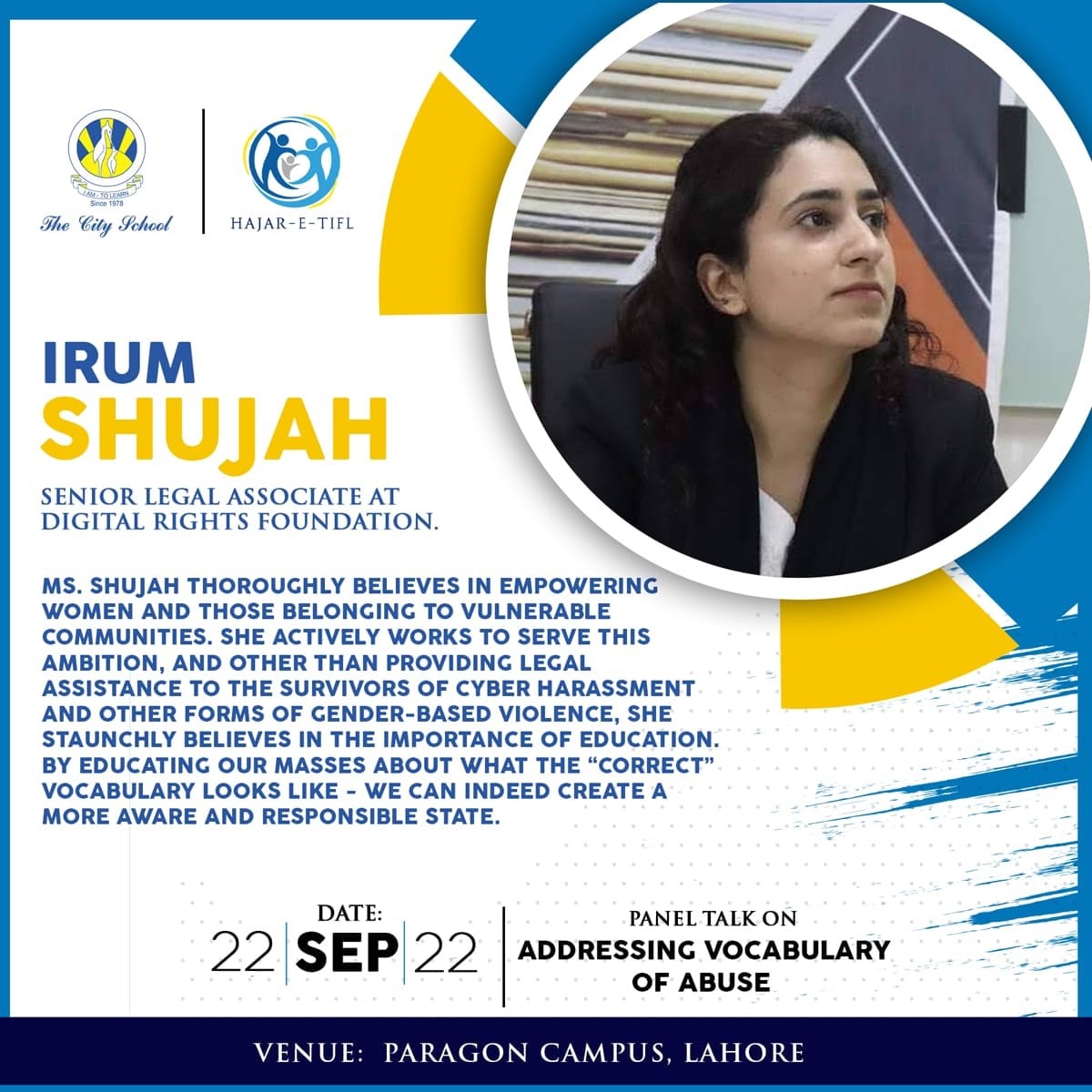 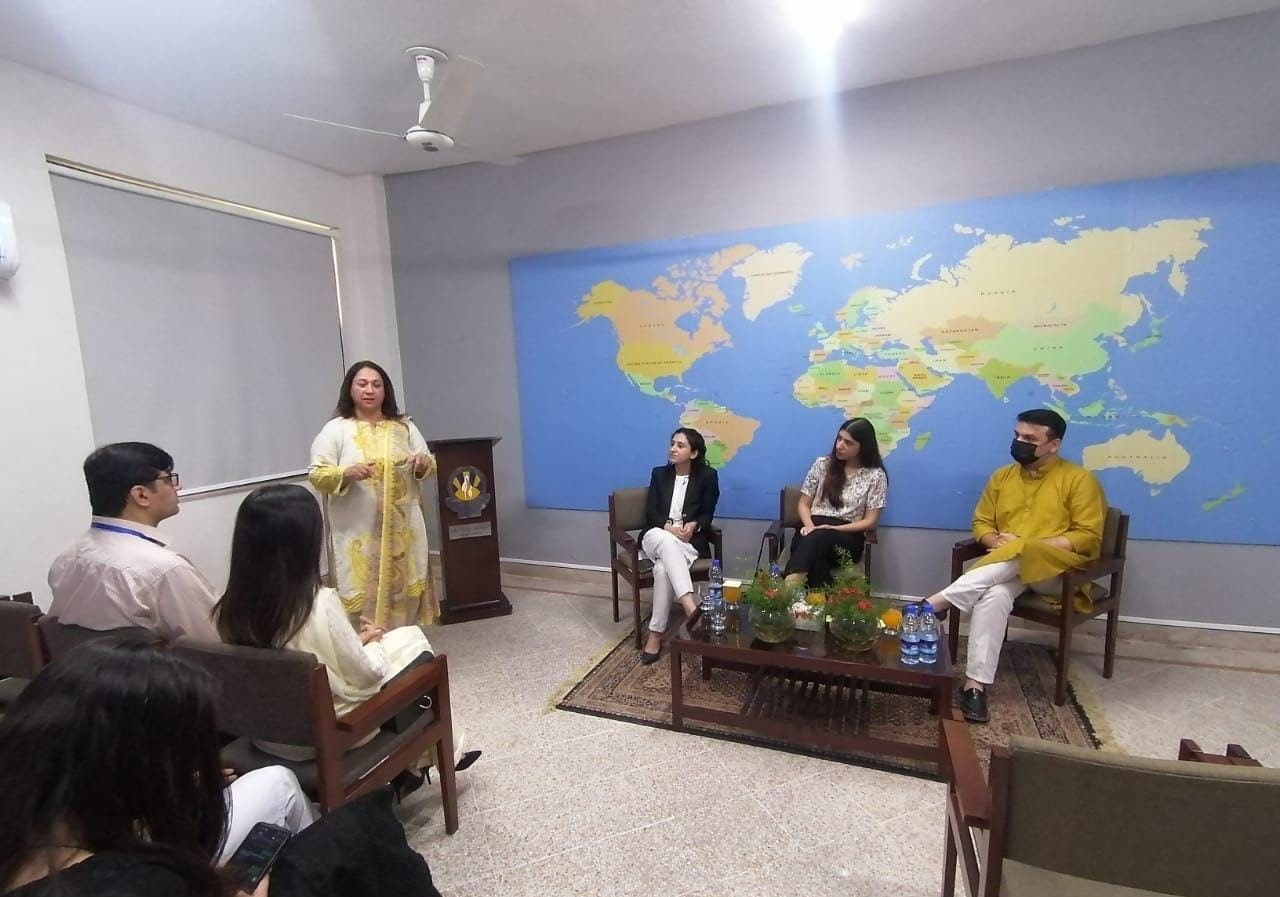 Multi-stakeholder Consultation: Safety of Journalists in the Digital Age

On the 21st September 2022, the Legal team conducted an overview of the concept of defamation, cyber harassment and Removal and Blocking of Unlawful Online Content (Procedure, Oversight and Safeguards) Rules, 2021 etc.. The interactive session discussed personal experiences of women journalists and discussed the legal recourse which the participants could potentially refer to and legally safeguard themselves in difficult situations.

DRF’s Seerat Khan spoke on the conference Democratising South Asia in the Digital Age on the panel Closed Borders, Open Websites. The panel discussed the importance accessible websites in the South Asian region and the need for greater solidarity. 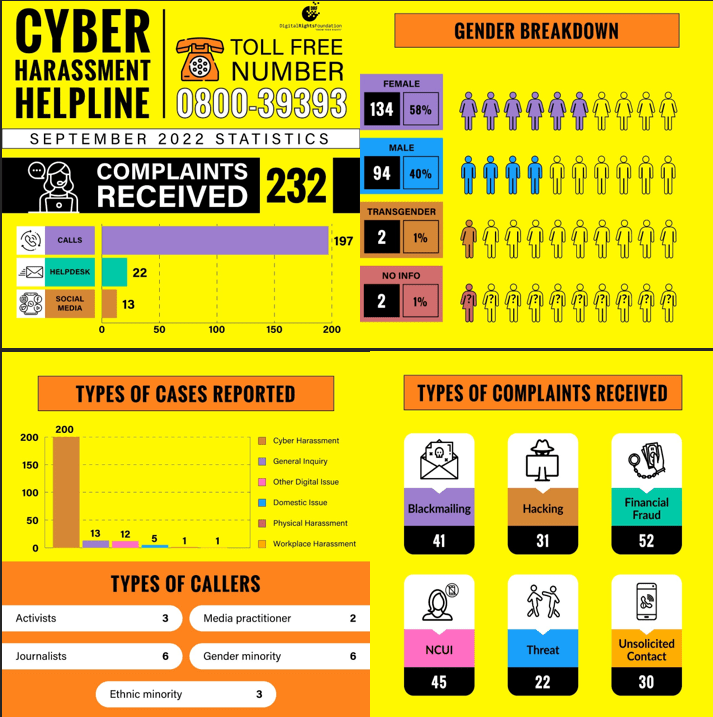 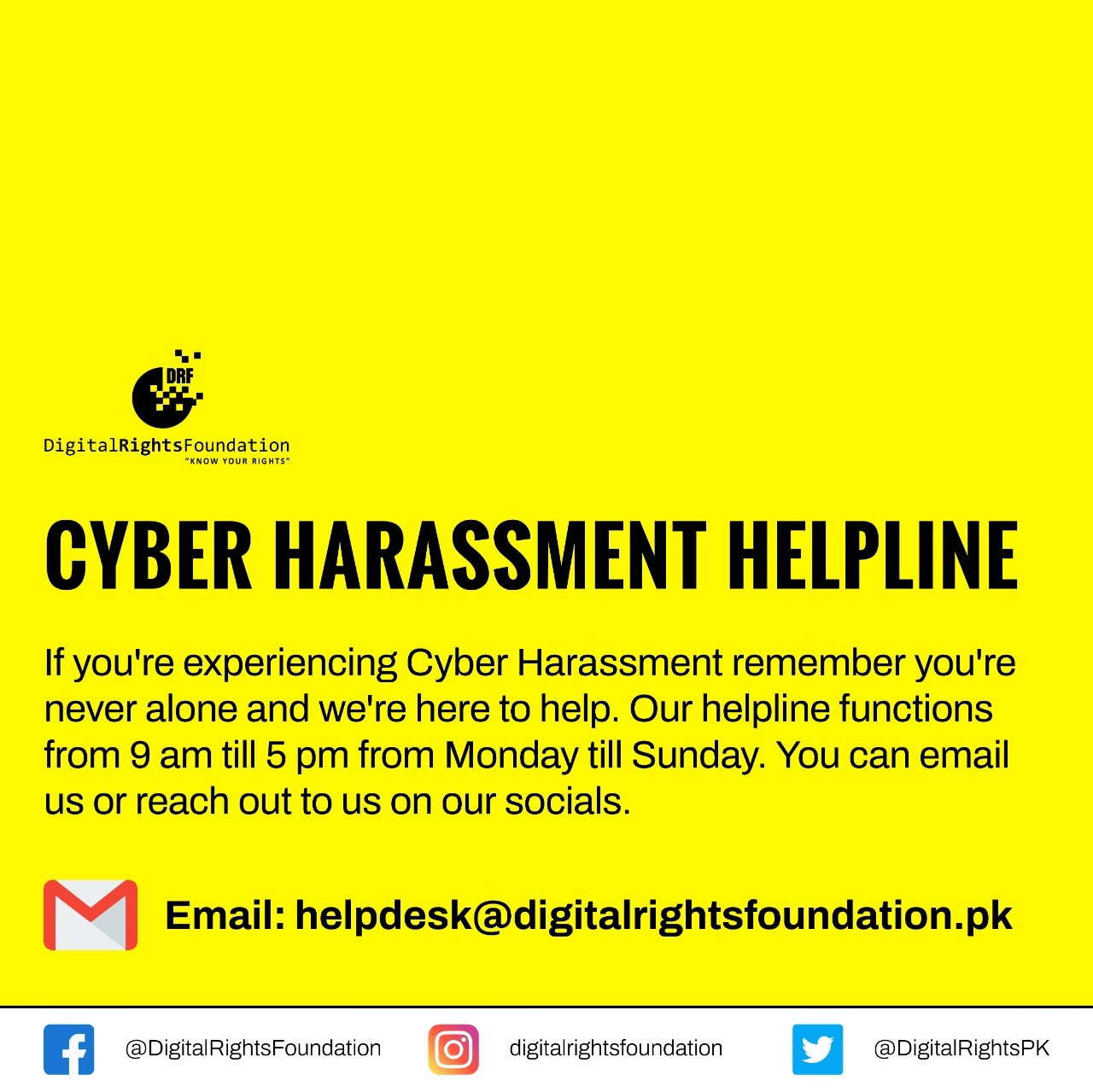 The Cyber Harassment Helpline received 232 complaints in September with 134 of these from women and 2 from trans women throughout the country. If you’re encountering a problem online you can reach out to our helpline on 0800-39393, email us at helpdesk@digitalrightsfoundation.pk or reach out to us on our social media accounts. We’re available for assistance from 9 am till 5 pm, Monday to Sunday. 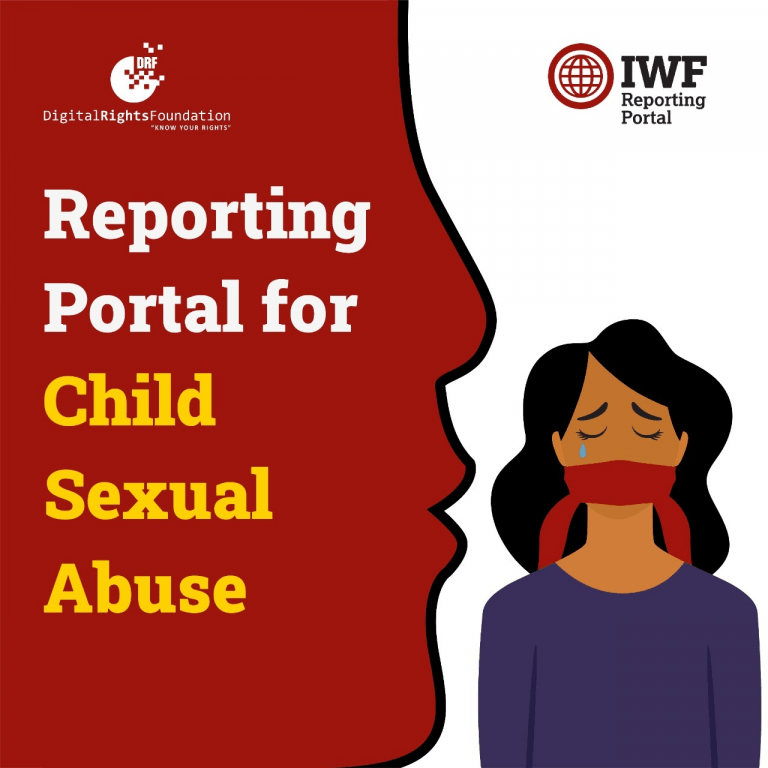 DRF in collaboration with Internet Watch Foundation (IWF) and the Global Fund to End Violence Against Children launched a portal to combat children’s online safety in Pakistan. 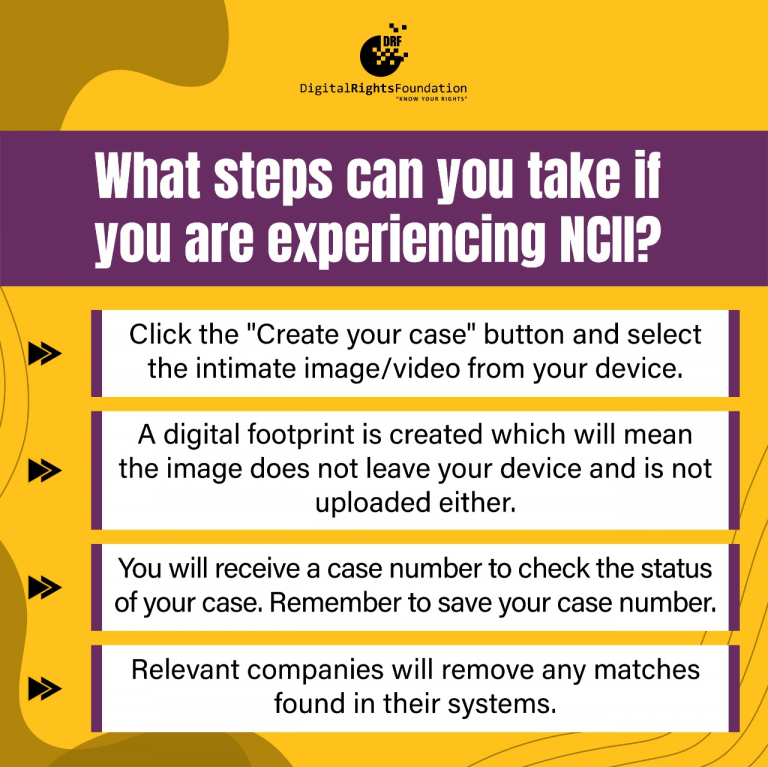 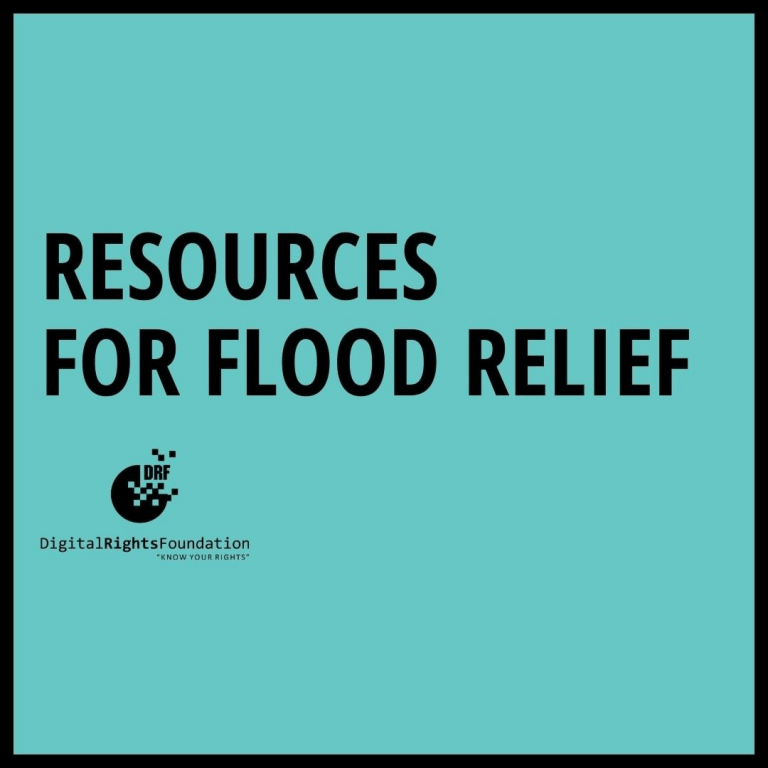