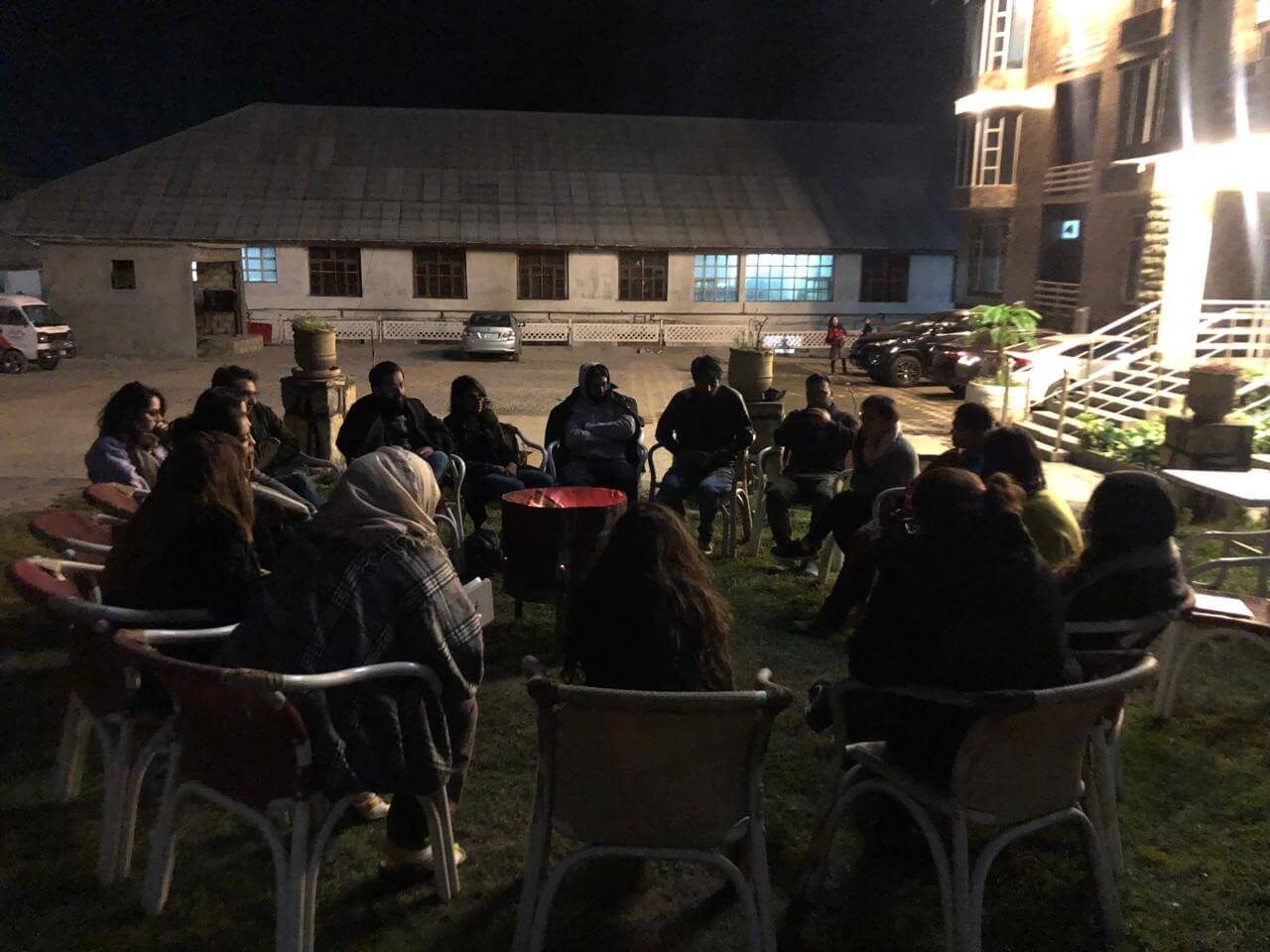 All the work that Human Rights Defenders do across the globe does become really overwhelming at one point hence break and balance becomes necessary. Keeping alive its tradition and position of being a feminist organisation which believes in love and care, DRF team decided to go for a 5 day retreat which included team building sessions and exercises other than visit to different spots in Naran, followed by yoga sessions with the help of trained professionals.

Nighat Dad on the frontline of weaving a feminist canvas

By Annick Cojean for Le Monde 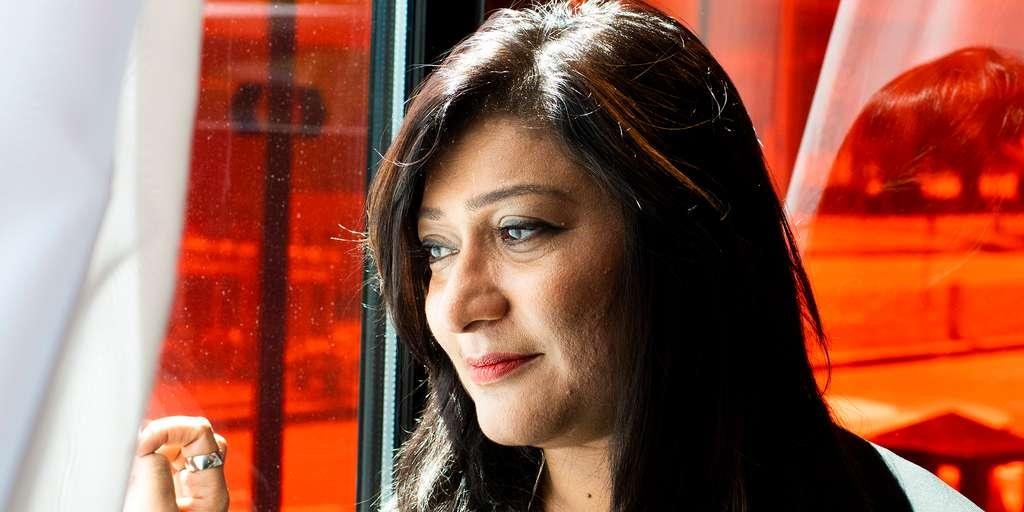 Nighat Dad spoke to one of the leading french newspapers about her struggle and experience as a feminist activist who not only is working on the protection of digital rights, against harassment but is also taking an active part in organising the women’s liberation movement in the country.

Nighat Dad spoke to Neo News on the recent Netblocks and Operations of tech giants in Pakistan with reference to censorship of reports on human rights violations in Jammu-Kashmir.

Nighat Dad’s conversation with the World Association of Newspapers and News Publishers on The war online: Abuse and harassment, and what journalists are doing about it

DRF participated and moderated a meeting with local media development organisations with the aim of mapping emerging issues in the media landscape. The meeting was a step towards working towards coalition-building and partnerships within civil society groups. 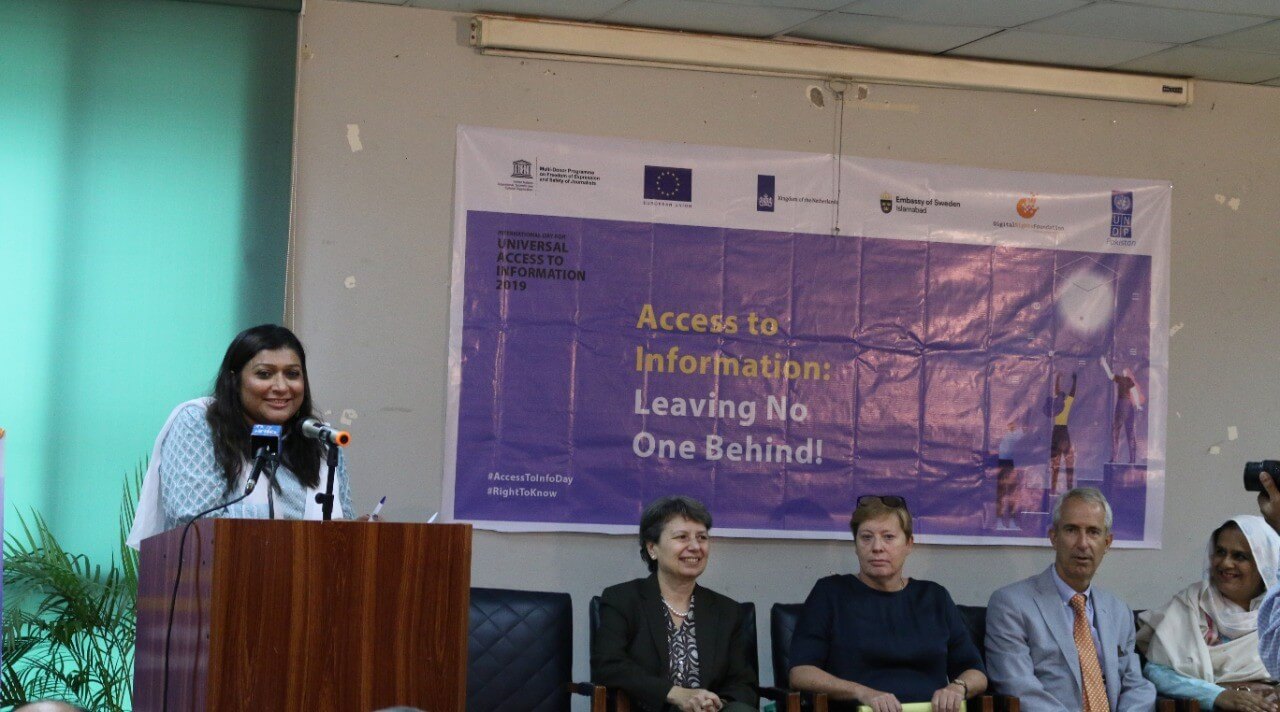 In partnership with UNESCO Islamabad, DRF commemorated the International Day for the Universal Access to Information (IDUAI) 2019 at ICS, University of Punjab on Thursday, September 26, 2019. The event was organized in partnership with the European Union, Embassy of the Kingdom of the Netherlands, Embassy of Sweden in Pakistan, United Nations Development Program (UNDP) and civil society partner Digital Rights Foundation (DRF). At the event, the Ambassador of Sweden, H.E. Ms. Ingrid Johansson,gave the opening remarks  along with the Ambassador of the Embassy of the Kingdom of the Netherlands, H.E. Mr. Wouter Plomp. Speakers at the event included Mr. Zahid Abdullah, the Federal Information Commissioner; Mr. Mahboob Qadir Shah; the Chief Punjab Information Commissioner; Anoosha Shaigan from Courting the Law; Mr. Nabeel Qadeer and Usama Khilji from Bolo Bhi. UNESCO Representative Pakistan, Ms. Vibeke Jensen gave closing remarks. The Deputy Head of mission at European Union Delegation to Pakistan, Ms. Anne Marchal also attended the event. 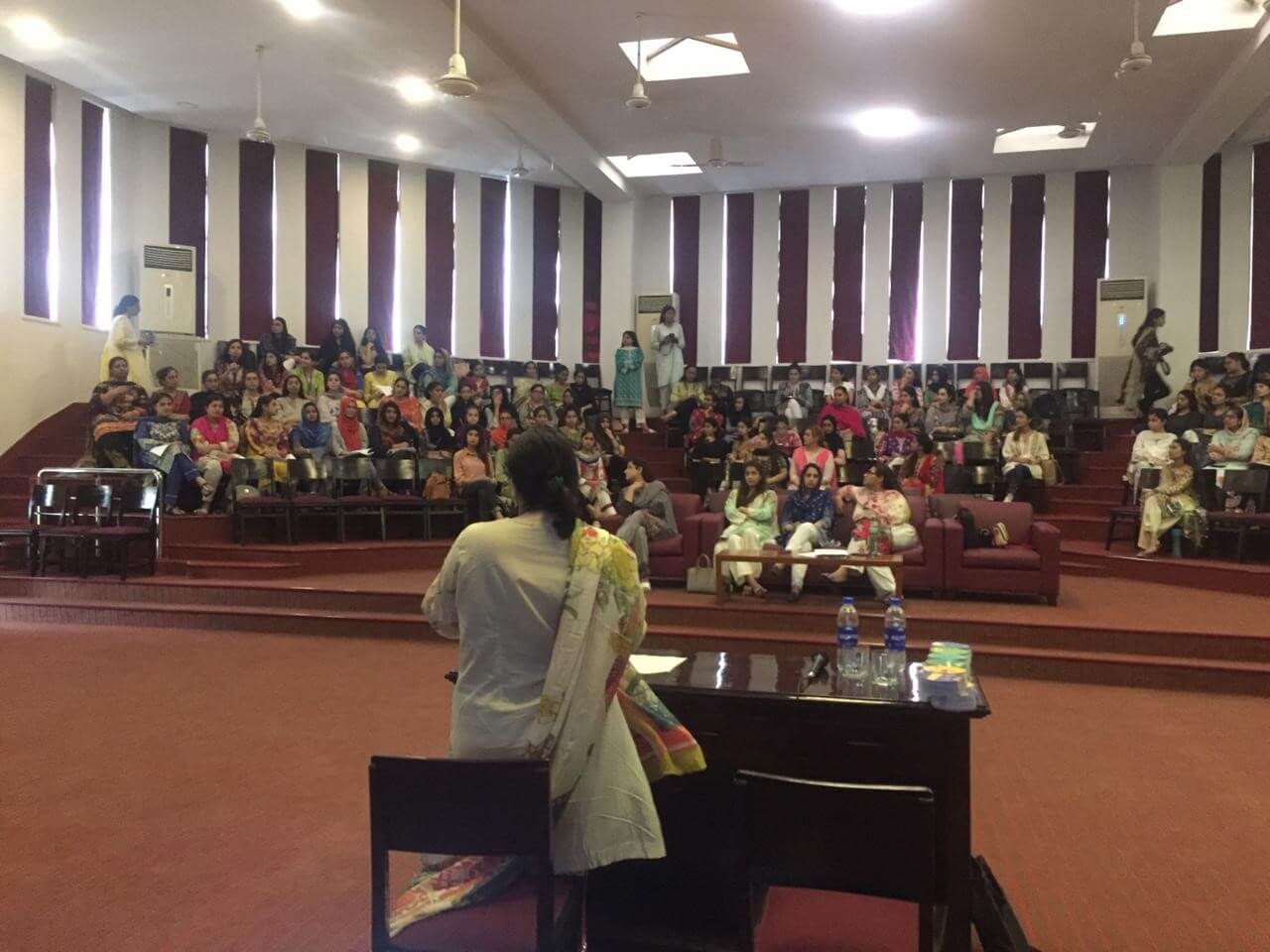 DRF conducted a session with students at Lahore’s Kinnaird College for Women on the 6th of September on the digital right to privacy, its importance and the intersectional relation between gender and privacy.

The audience comprised of a little under 100 gender studies and law students and it made for an interactive session with considerable back and forth on the issues pertaining to young women in the online sphere. 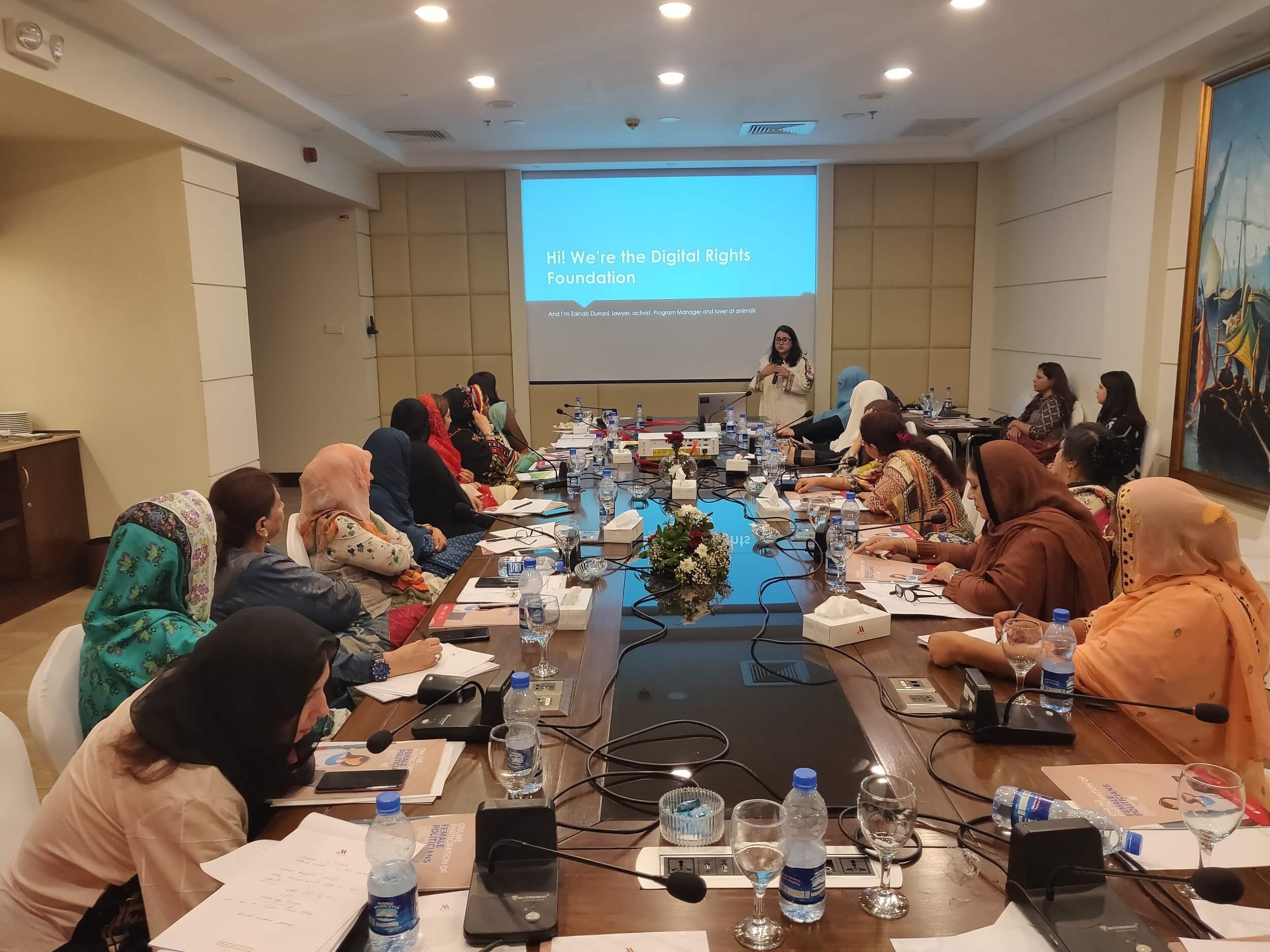 DRF presented its ‘Online Participation of Female Politicians’ study to a working group of women politicians and parliamentarians at an event organized by PILDAT and Tabeer. The study, which was released last year in the aftermath of the Pakistan’s General Elections looked into the experience of female politicians in the online sphere, both in terms of their campaigning and how public perception and trolling affected them. 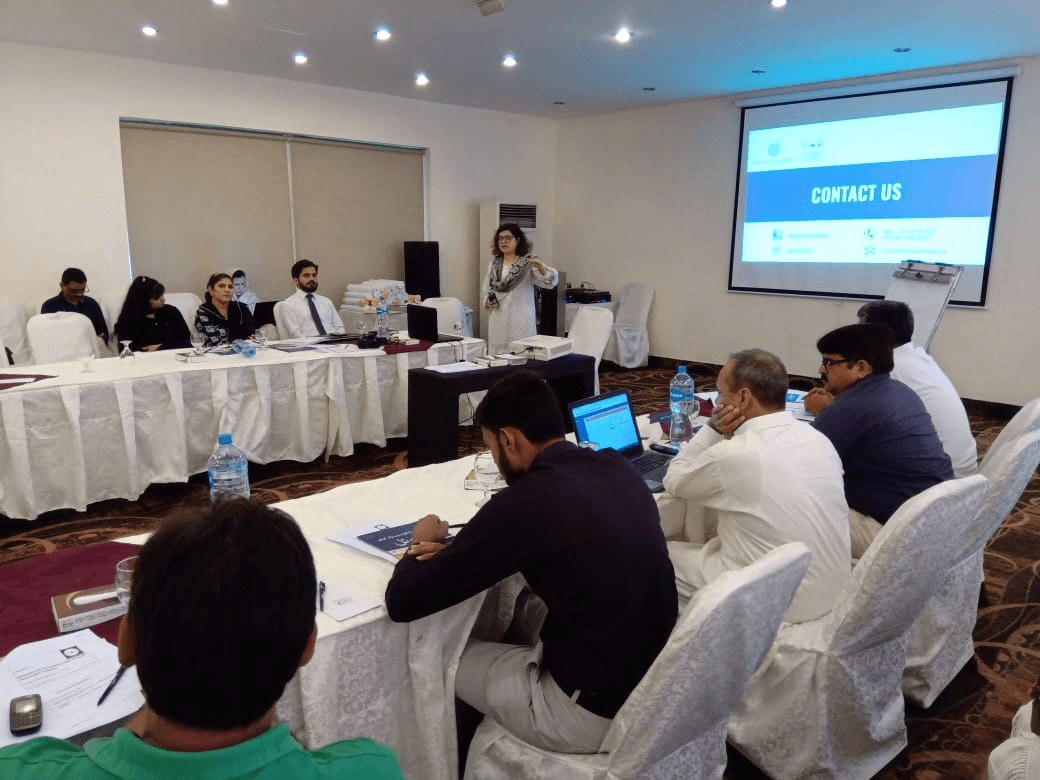 Jannat Fazal from DRF delivered a session on Women's Rights and Digital Security especially Cyber-Harassment in Lahore on September 5, 2019 organized by Rozan for the Pakistan Forum for Democrating Policing Punjab Chapter.  This session was aimed at building the capacity and to increase awareness regarding digital rights and making the cyber space safer for the forum members. 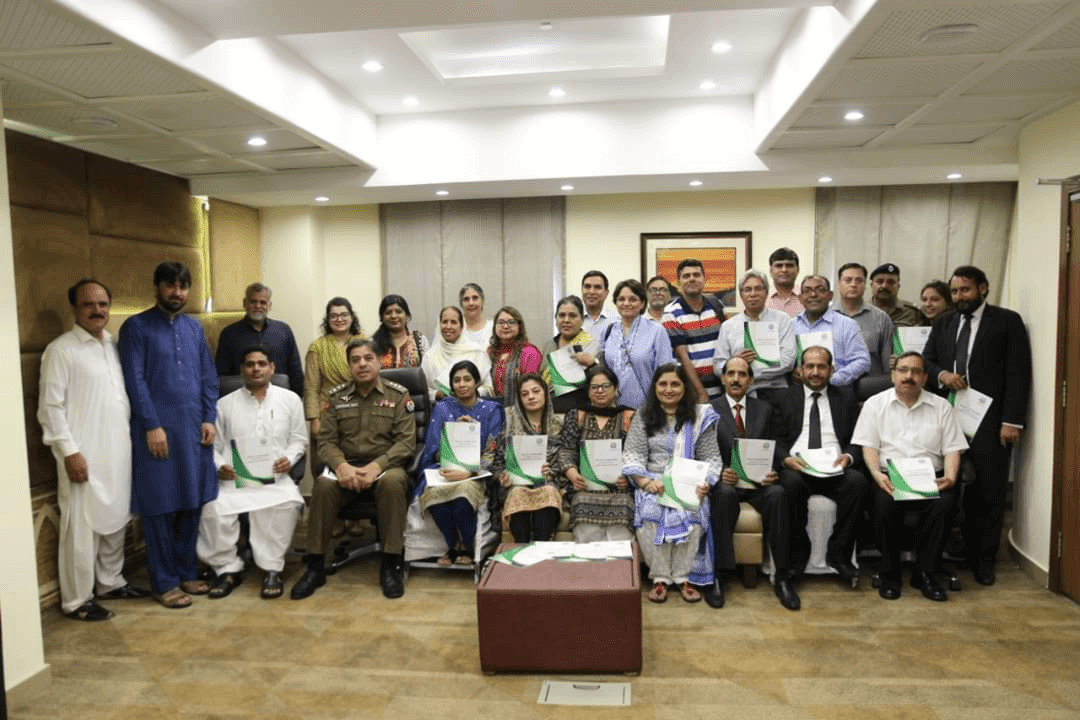 DRF participated in a consultation jointly organized by BLUE VEINS, WISE, PHRDN and NCHR in Lahore on september 3, 2019. The consultation was to discuss the NCHR policy guidelines on the protection of Human Rights Defenders.The policy guidelines advocate for stronger legal recognition and protection of human rights defenders in Pakistan recognizing their important work and role in society. 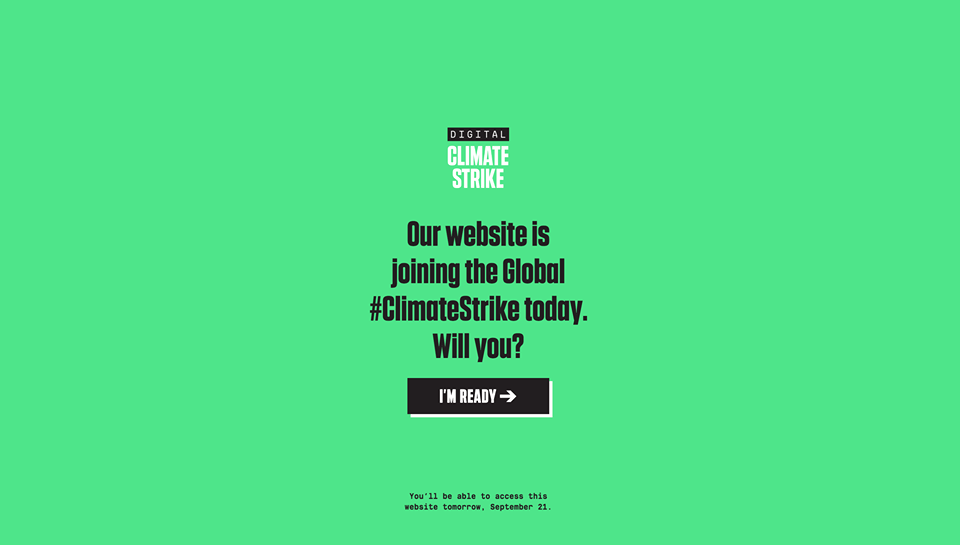 DRF’s website went on a digital climate strike this year on account of the Global #ClimateStrike. With the ever changing problem of climate change it is important for us to recycle and conserve our planet. DRF shut it’s website off for a day this year as a reminder for everyone to do more and contribute in saving our planet. 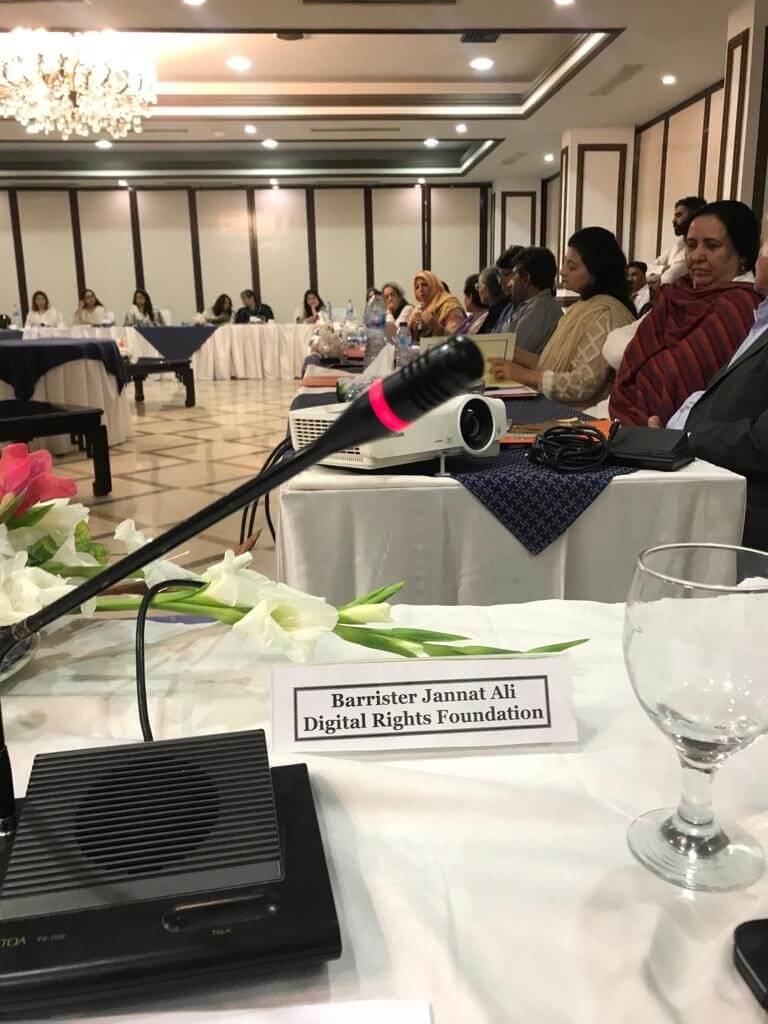 Our Legal Officer, Barrister Jannat Ali Kalyar attended a Round-table discussion for the review of Protection against Harassment of Women at Workplace act (2010), organized by the National Commission on the Status of Women on the 26th of September. There she raised concerns over the implementation of the Act, the challenges that the complainants face in filing their complaint and the way forward. 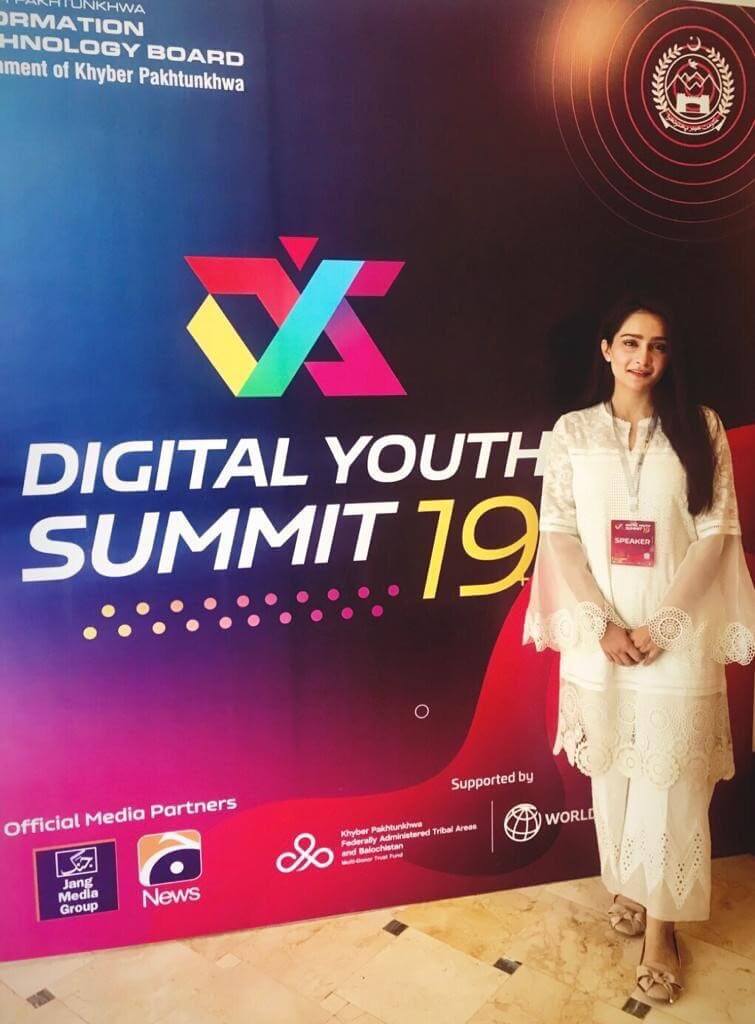 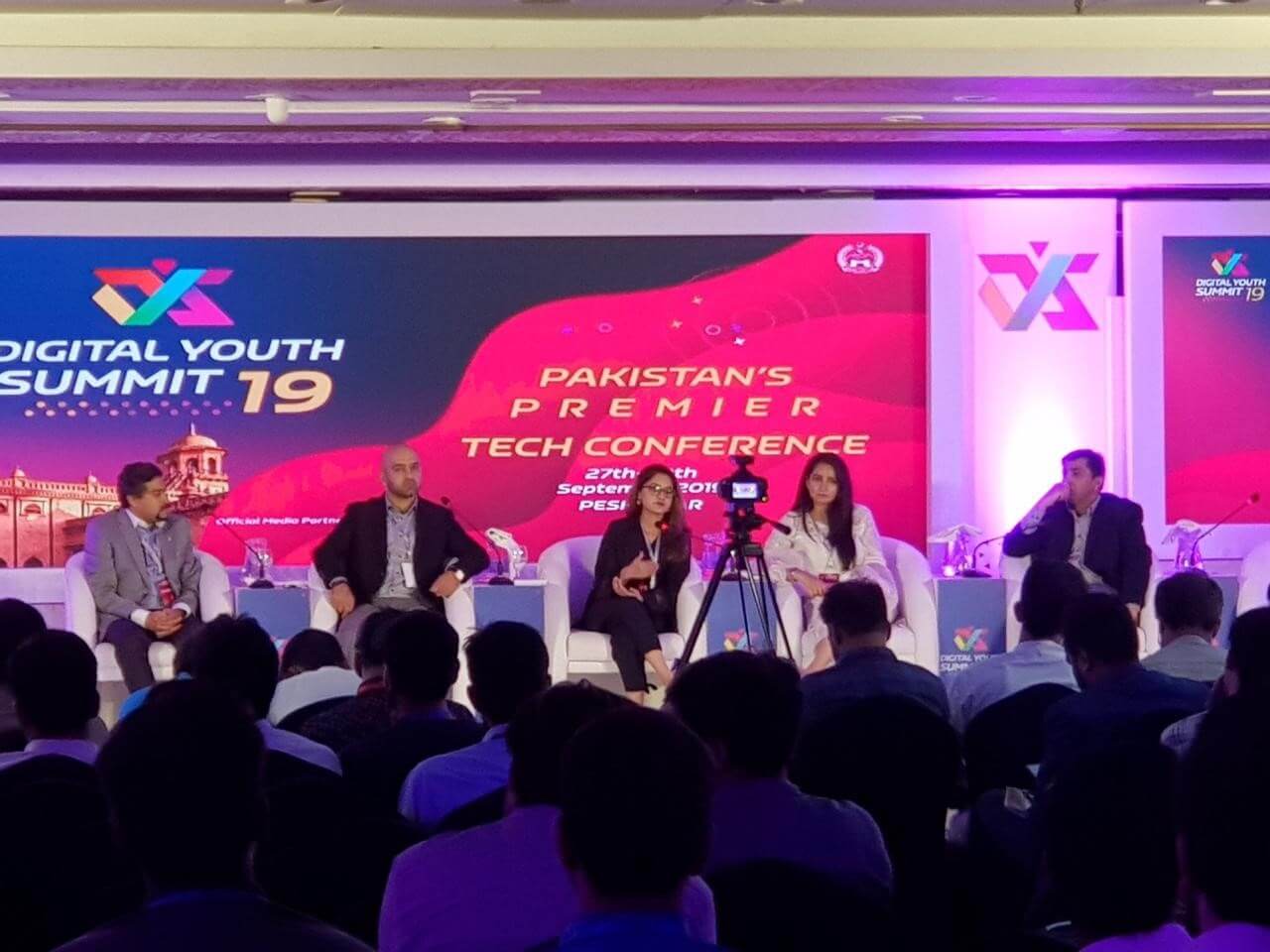 Our Legal Officer, Barrister Jannat Ali Kalyar attended the Digital Youth Summit (DYS) that took place in Peshawar from the 28th to the 29th of September where she spoke on Digital Privacy, Cyber Security and the Future of Citizenship in Pakistan. She also stressed on the need to exercise our right to information to hold private and public bodies in control of our data accountable.