September 27, 2019 - Comments Off on Qandeel Baloch case judgement: The crime of Covey 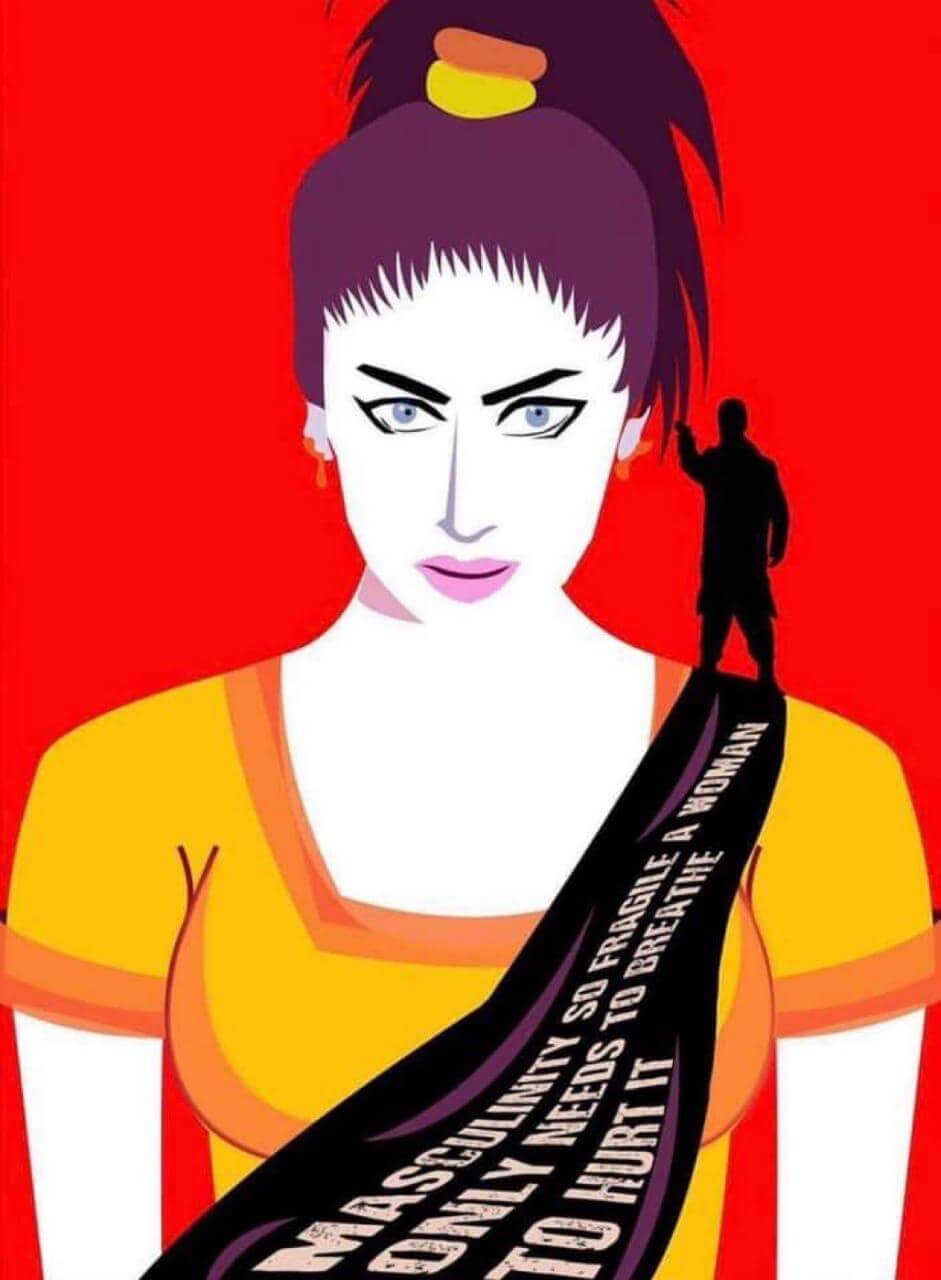 Honour killing is a collective crime, a crime that unifies the patriarchal: legal apparatuses and structures, society and the family system.

When Qandeel Baloch was murdered in the name of honour by her own brother in 2016, the question of her getting justice felt urgent and immensely important. Qandeel was murdered as a direct result of asserting her sexuality online, the visibility had cost her, her life. In the wake of her death, many women identified with what she represented: a working class Pakistani woman who asserted herself.

After more than three years of the investigation and trial of Qandeel Baloch’s honour killing, the Model Court in Multan sentenced Muhammad Waseem to 25 years of imprisonment under section 311 of the Pakistan Penal Code. The other accused in the case stood acquitted, including her brothers Aslam Shaheen and Muhammad Arif as well as Haqnawaz, Muhammad Mufti Abdul Qavi, Abdul Basit and Muhammad Zafar. The judge endorsed the prosecution’s case for Muhammad Waseem, relying on his judicial confession and DNA evidence.

On the other hand, the other accused, such as Haqnawaz who also confessed to the crime, were acquitted as the judge deemed their confessions as extra-judicial and the recoveries made insufficient corroborative evidence. This speaks to the gaps in the investigation and prosecution, a trend common in cases of gender-based violence. Although Multan has been the beneficiary of support in terms Violence Against Women Center (VAWC) since Qandeel’s murder with the aim of improving investigation and prosecution, there is a serious need to replicate and institutionalise these efforts. It is essential that investigations and prosecution proceedings account for the integral role co-conspirators play in a crime. They might not be the hands that strangle the throat but they definitely are the patriarchal voices that enable those hands.

It is important to note that while Qandeel’s parents attempted to pardon the accused Waseem and Aslam Shaheen through a section 345 CrPC application, the application was declined by the judge. Violence against women’s bodies is a crime against society, a violation felt by all women. The judgment emphasises that this was not a case of blind murder but rather a result of perceived disrepute on the family honour. It is important to acknowledge that violence against women’s bodies is not gender-neutral, but as a result of their gendered bodies and their place within the patriarchal structure--the acknowledgment of her murder as honour crime goes a long way in achieving this. Additionally, Qandeel’s case struck home for us as she reclaimed online spaces to assert her sexuality; in a society where women have limited access to public spaces, the importance of women’s right to pleasure is a political and feminist cause.

We would agitate the state to appeal the acquittals of the accused immediately. Additionally, we petition the National Commission on the Status of Women (NCSW) to pursue the appeal with urgency and care. We placed our faith in state institutions to deliver justice for Qandeel, and the fact that it took three years for her trial to end speaks volumes of the delays and obstacles to justice inherent in our judicial system. We also call for police reform based on investigation of gender-based crimes to improve the process of evidence collection, recovery and prosecution of these crimes so that justice is served fully in future cases. Lastly, the pressure on Qandeel’s parents and their vulnerability in the face of lack of financial support meant that they recanted their support for the prosecution, despite nominating their sons themselves in the initial reporting of the case. More needs to be done to provide support and protection to families of victims who are left behind, to shield them from political and social pressure as well as economic coercion.