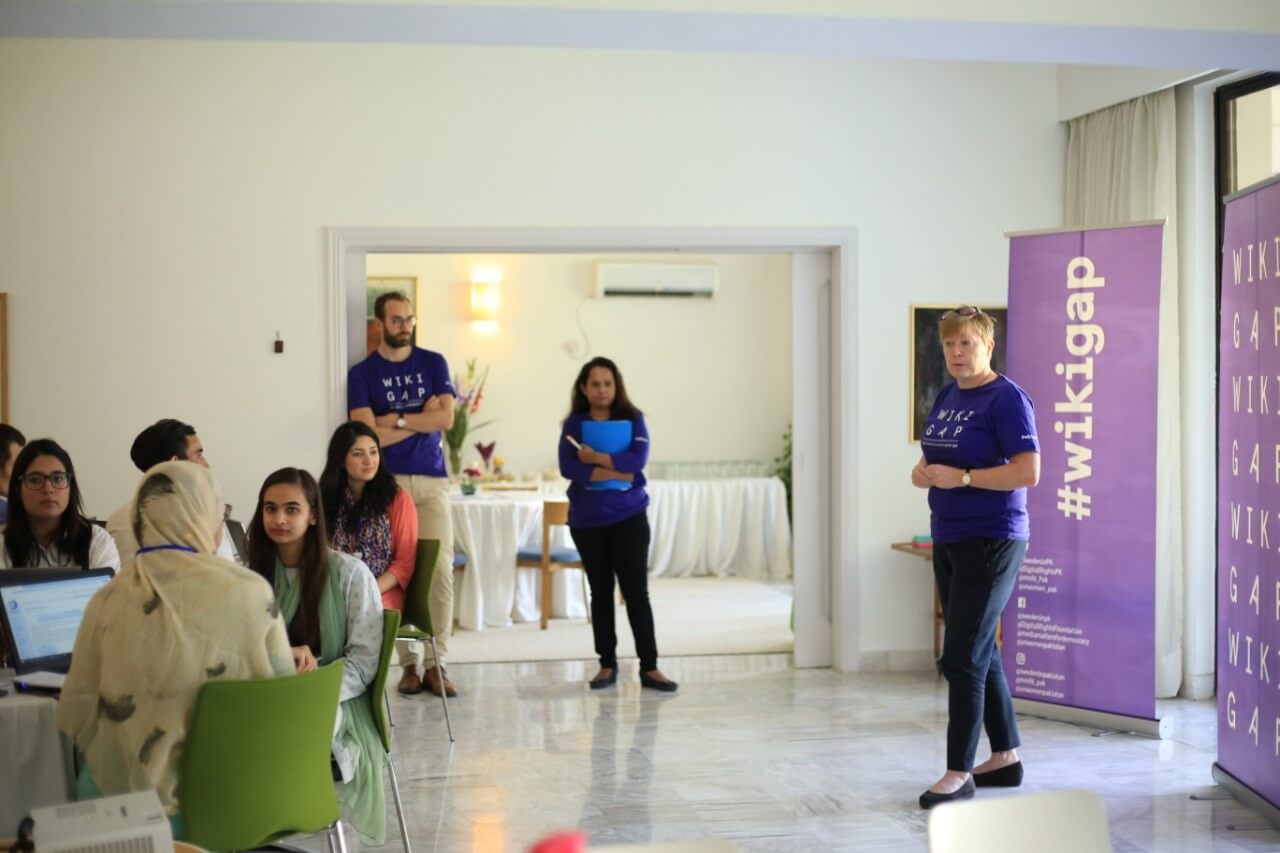 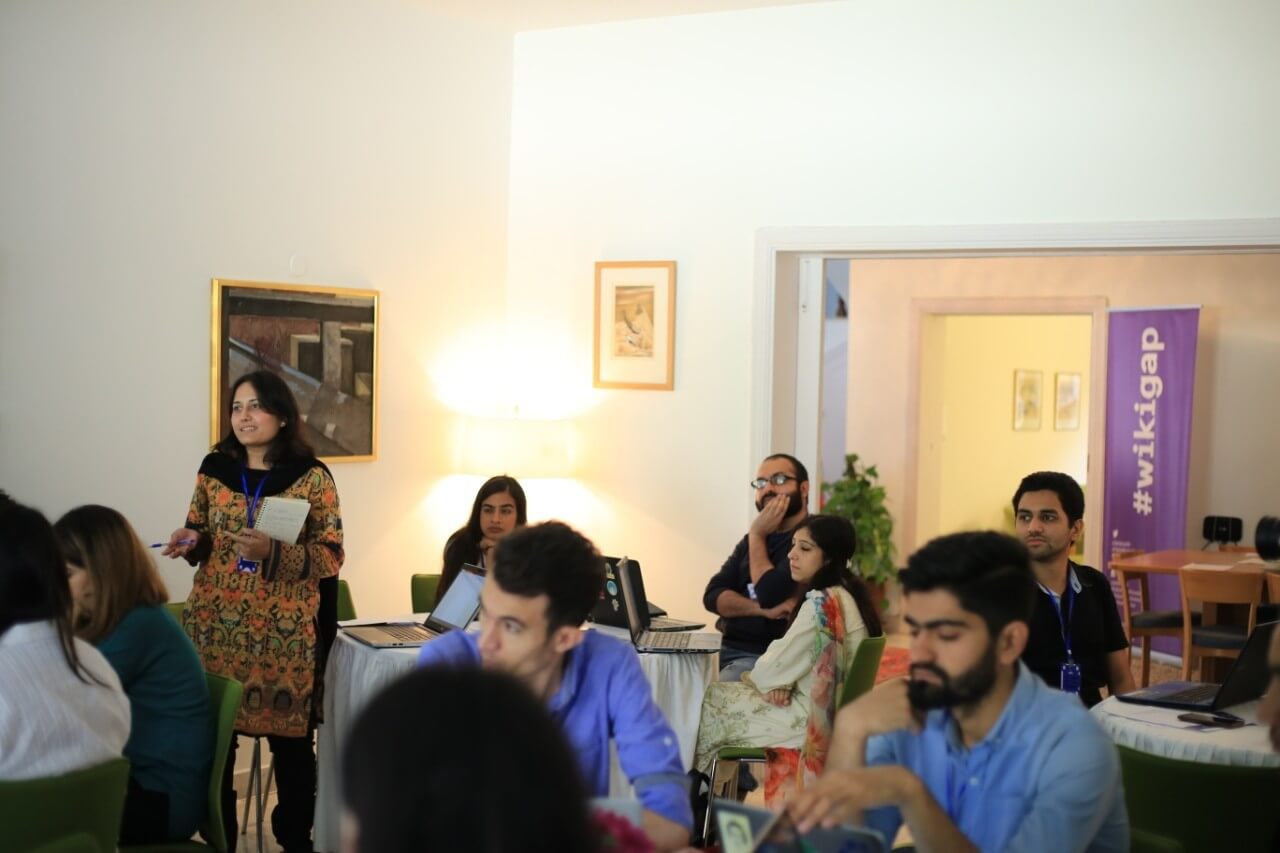 DRF, along with the Swedish Embassy, UN Women, and Media Matters for Democracy, hosted a Wiki Gender Gap editathon on October 11 and 12, 2019 in which around 35 volunteers gathered to add content on Wikipedia about Pakistani women and gender-related issues. We were able to post over 50 articles during the two-day Editathon.

Read more about it here. 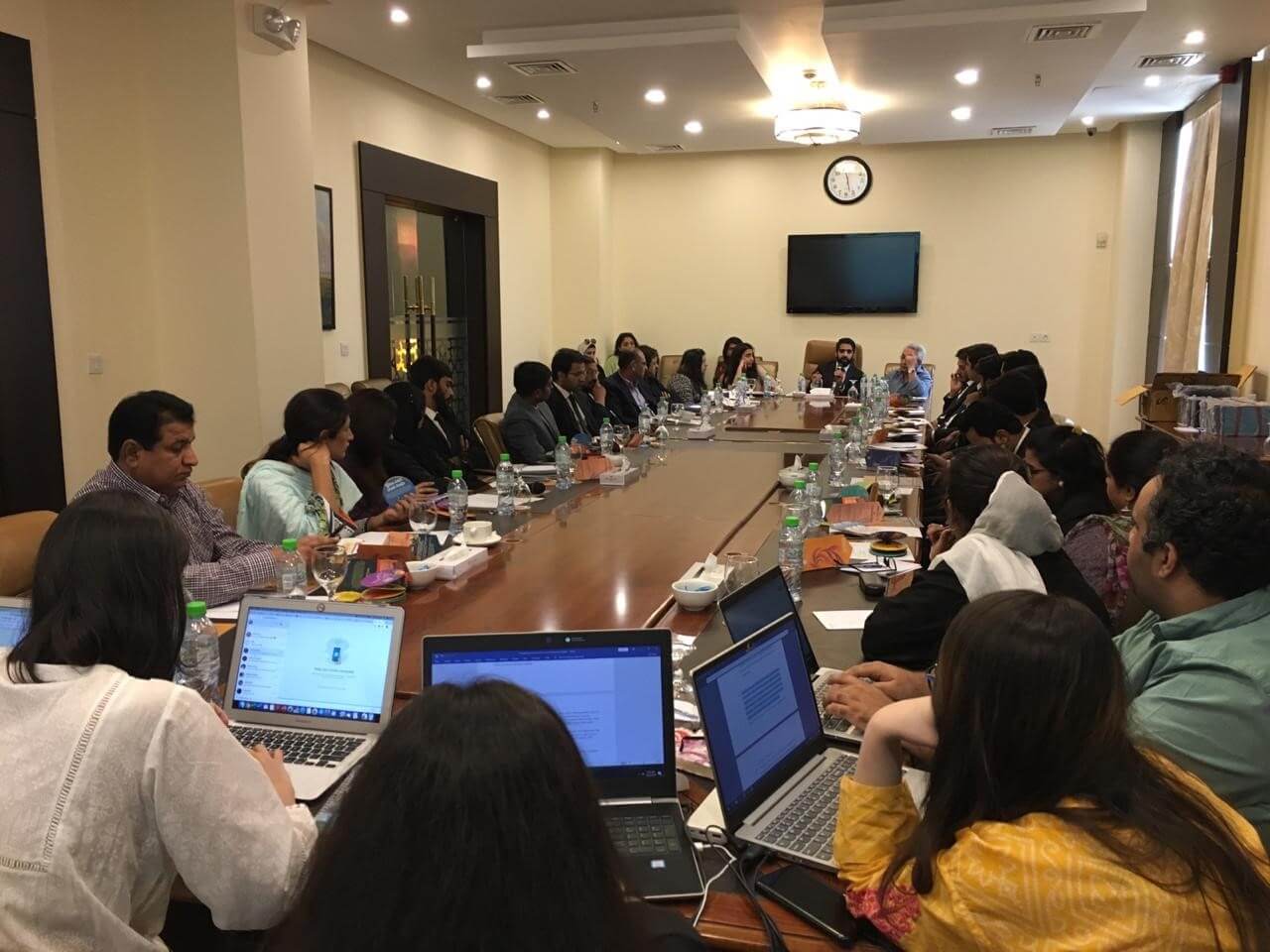 DRF conducted a two-day event in Islamabad on October 22 and 23, 2019 on issues of harassment and their legal frameworks. The first day involved a closed-door consultation, “Combating Online and Offline Sexual Harassment in Pakistan: Rethinking Legal Interventions”, with journalists, lawyers, and civil society to draft recommendations regarding the existing laws and procedures. 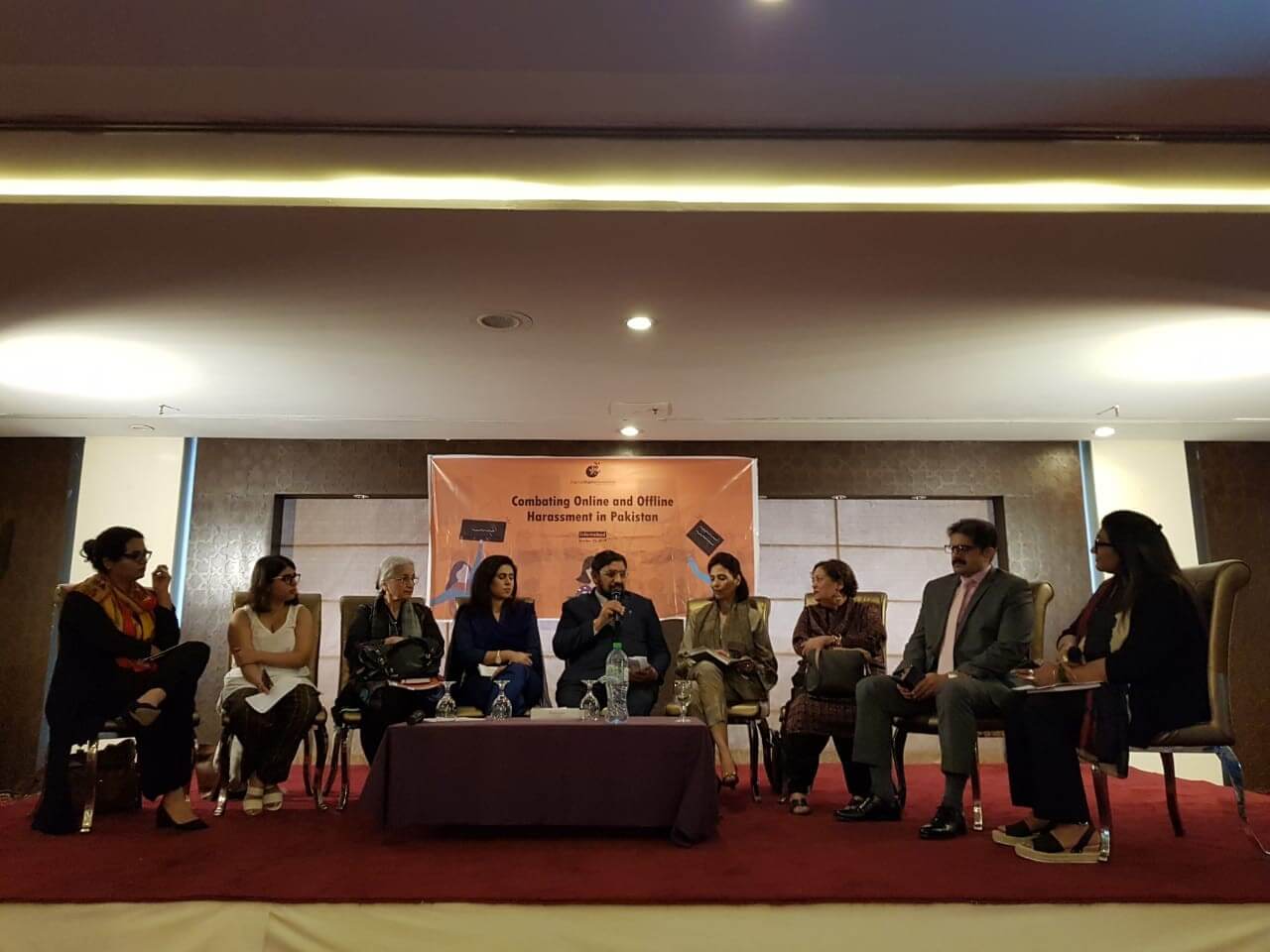 The recommendations made at the conference are available in Urdu and English. 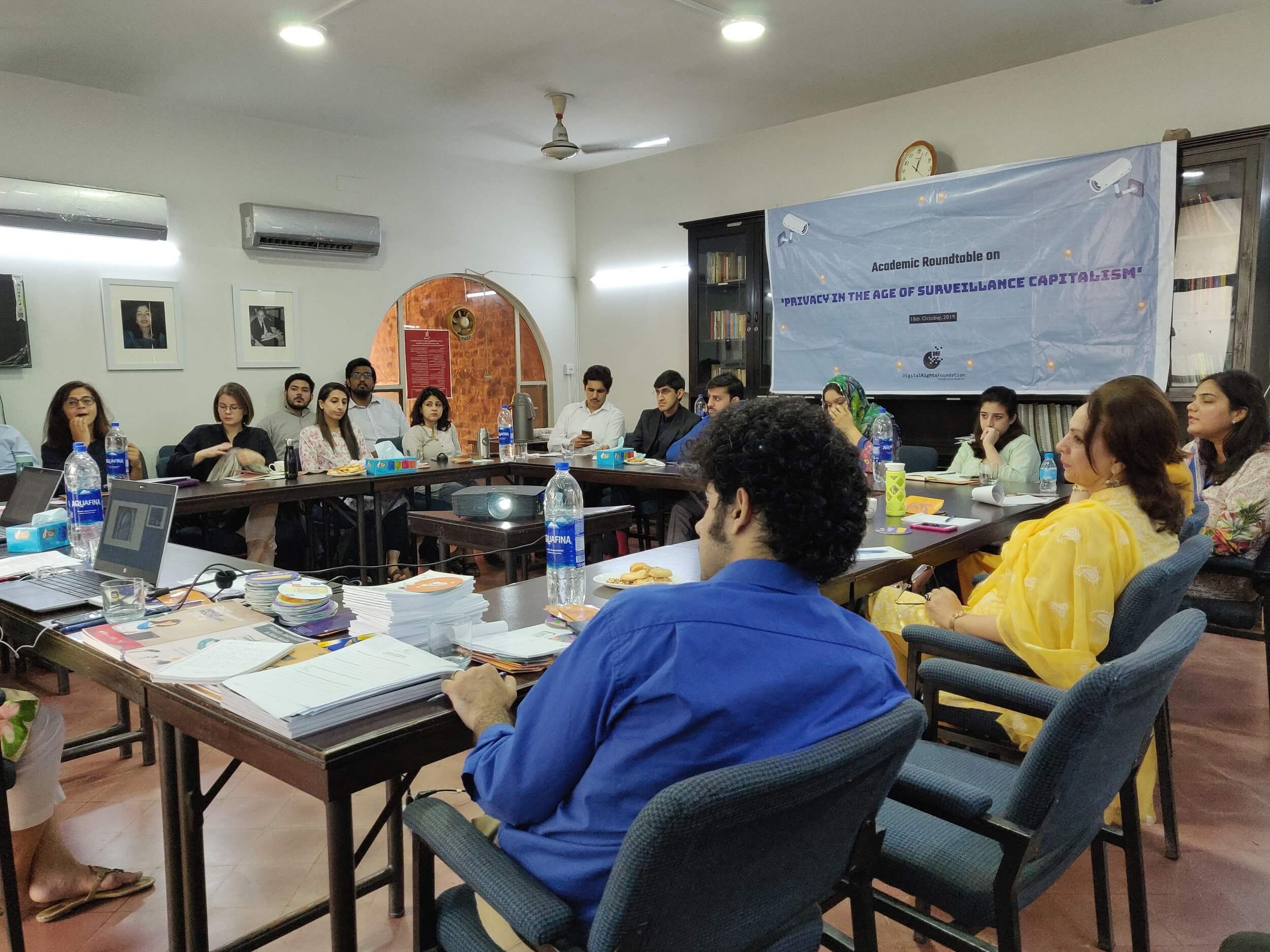 DRF held an Academic Roundtable at the HRCP Office in Lahore on Friday the 18th of October, 2019. This event was held in collaboration with our partner organization Privacy International. The theme under discussion was ‘Privacy in the Age of Surveillance Capitalism’. The event began with a keynote speech by noted academic Ammar Ali Jan on the emerging issues of privacy and surveillance in the region, followed by an introduction to the Personal Data Protection Bill 2018 by our Legal Officer Jannat Ali Kalyar and later, a group discussion on related thematic areas was held amongst the students and academics. We rounded up the event with human rights activist and former Director Gender Studies Director at QAU, Dr. Farzana Bari delivering the concluding remarks wherein she laid emphasis on the need for having important conversations like these, which are pertinent to this day and age and the challenges that come with it.

On 25 October 2019, Digital Rights Foundation (DRF), along with members of civil society and student activists, got a chance to brief the Senate Standing Committee on Human Rights’ session on the issue of the University of Balochistan in light of privacy, surveillance of campuses and harassment in educational institutes. Along with the acting Vice-Chancellor of the University, student representatives were given a chance to put forward their demands. The Chairperson of the National Commission on the Status of Women (NCSW) Khawar Mumtaz, academic & activist Arfana Mallah and Shmyla Khan from DRF gave their recommendations to the Committee.

Read our full statement on the hearing here.

Read our statement in solidarity with students at the University of Balochistan here.

Submission to United Nations High Commissioner for Human Rights on new technologies and their impact on the promotion and protection of human rights in the context of assemblies, including peaceful protests under res. 38/11

DRF submitted its comments and recommendations to the United Nations High Commissioner for Human Rights on the right to freedom of assembly in light of new technologies. We highlighted the legal and social context in Pakistan while analyzing emerging technologies.

Hamara Internet: Engagement of Lawyers on Prevention of Electronic Crimes Act 2016 in Lahore 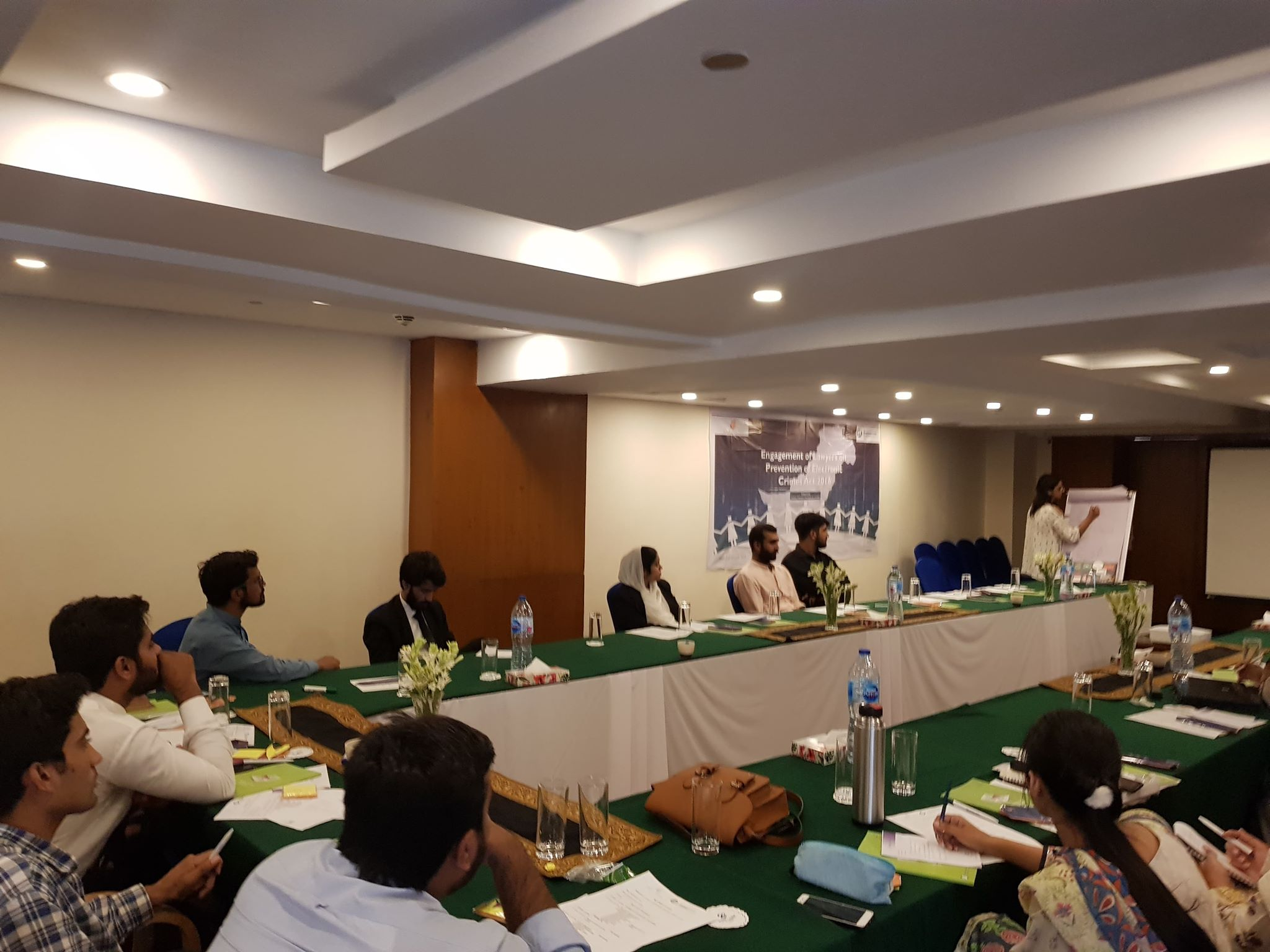 DRF in collaboration with Friedrich-Naumann Foundation held a session in Lahore with lawyers on the 2nd October 2019. Lawyers in Lahore discussed in detail about the current cyber crime legislation in the country along with the need of a data protection bill. Recommendations were given by lawyers regarding the data protection bill and there was also a much needed conversation around how awareness raising sessions need to take place with students regarding the safe use of the internet.

Hamara Internet: Engagement of Lawyers on Prevention of Electronic Crimes Act 2016 in Karachi 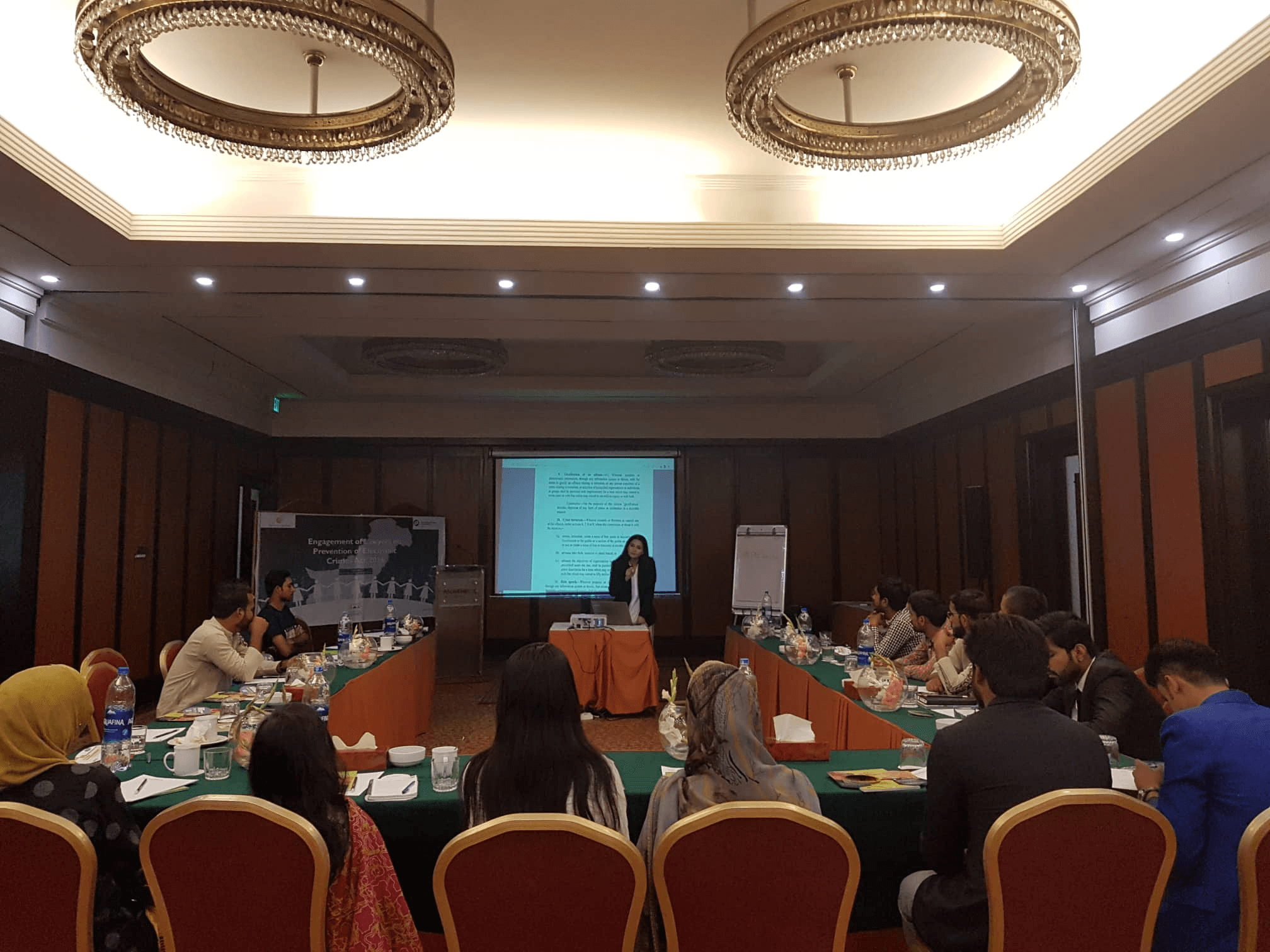 DRF in collaboration with Friedrich-Naumann Foundation held a session in Karachi with lawyers on 29th October 2019 at the Movenpick Hotel. Lawyers and law students from Karachi had a discussion on the Prevention of Electronic Crimes Act 2016 and how the implementation of the law needs to be made better. There was also a conversation around the data protection bill and how lawyers need to adopt online safety practices in their work life.

DRF conducted a two day session with human rights defenders from karachi regarding online safety and digital rights. HRDs discussed in detail on their privacy concerns and what safe practices they need to adopt in order to stay safe in online spaces. The session took place for two days and had human rights defenders which consisted of activists, lawyers, journalists and civil society. 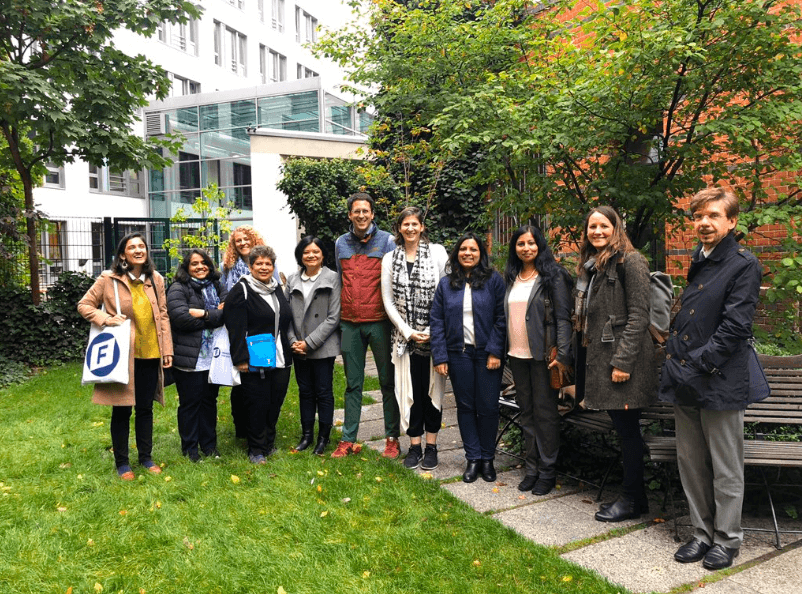 DRF was part of a delegation from South Asia which took part in the "Privacy as a Human Right - Algorithms, AI & Civil Liberties” visiting program from 28th September to 5th October 2019 in Germany. Our DRF representative took part in high-level meetings with civil society organizations in Germany as well as public officials such as the Data Protection Commissioner in Hamburg and members of the Berlin House of Representatives. 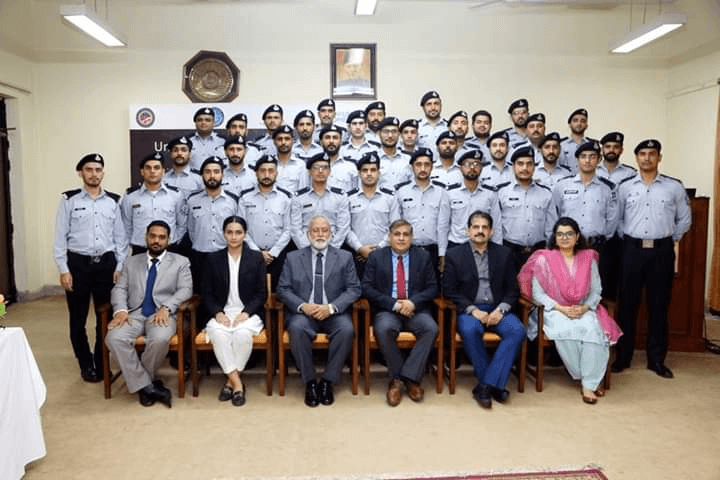 On 3 October 2019 DRF conducted a training session with FIA Sub-Inspectors in FIA Academy, Islamabad with the collaboration of UNWomen  The ubiquitousness of harassment cases was discussed delineating its reasons viz; anonymity of users, gender hierarchy, lack of digital literacy, and victim-blaming. It also highlighted how technology has deepened the gender divide and is being used as a platform for harassment. The aim of the session was to challenge participants’ views regarding harassment and shift attention from victim to perpetrator in order to help them empathize with victims coming to lodge their complaints.The objective was to build an insight into the fears and apprehensions of the victims that need to be addressed while building the victims’ trust in the procedure. Another purpose was that participants challenge their internalized views regarding harassment, understand the impact it can have on their work and, shift the attention from blaming or scrutinizing the victim to calling out the perpetrator and the whole system supplementing it. 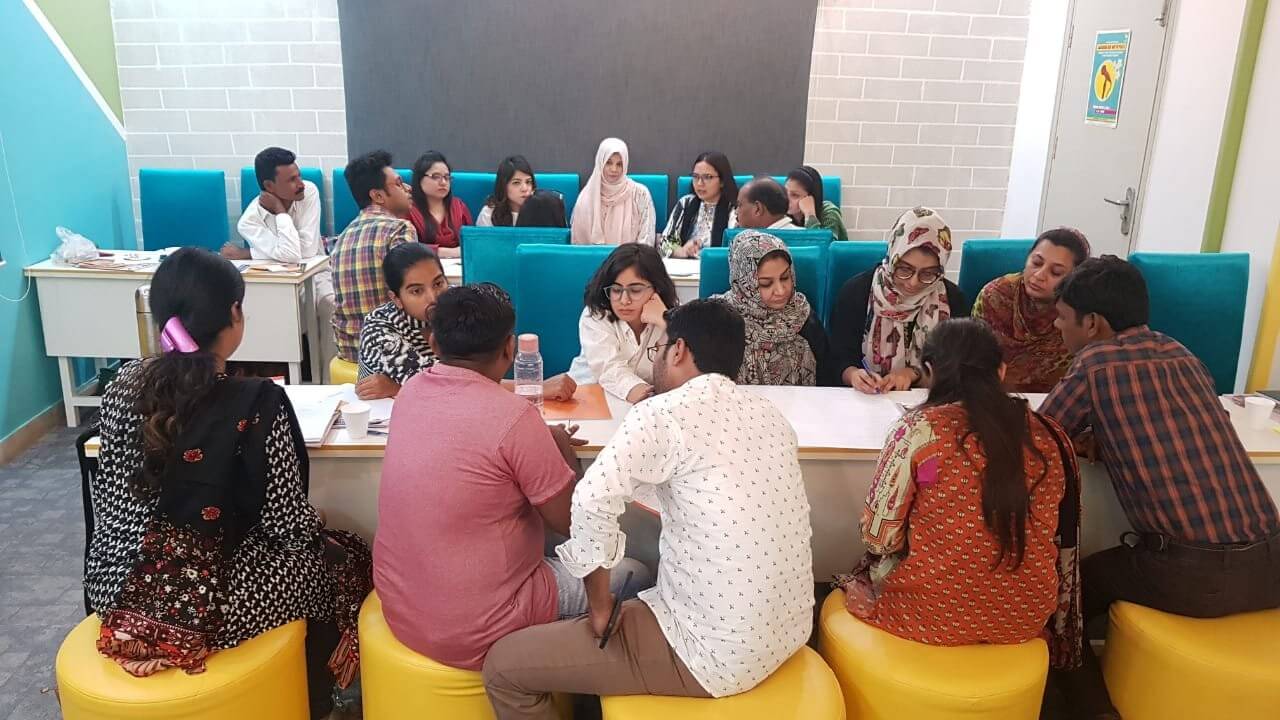 Digital Rights Foundation collaborated with Media Bethak to conduct workshop on “Brining Feminism to Mainstream and Digital Journalism” on October 30, 2019 at Media Bethak in Karachi. The workshop aimed to create a deeper understanding of sex and gender, busting gender-based stereotypes and the inclusion of these in the media, discussing power dynamics and its intersection with the patriarchal system, and learning guidelines for gender sensitive reporting. It focused on bringing together journalists, activists and students of media to work on reports and stories from a feminist perspective. It was attended by 25 participants who actively engaged in activities and discussions.