November 2019: Launch of the Freedom on the Net Report 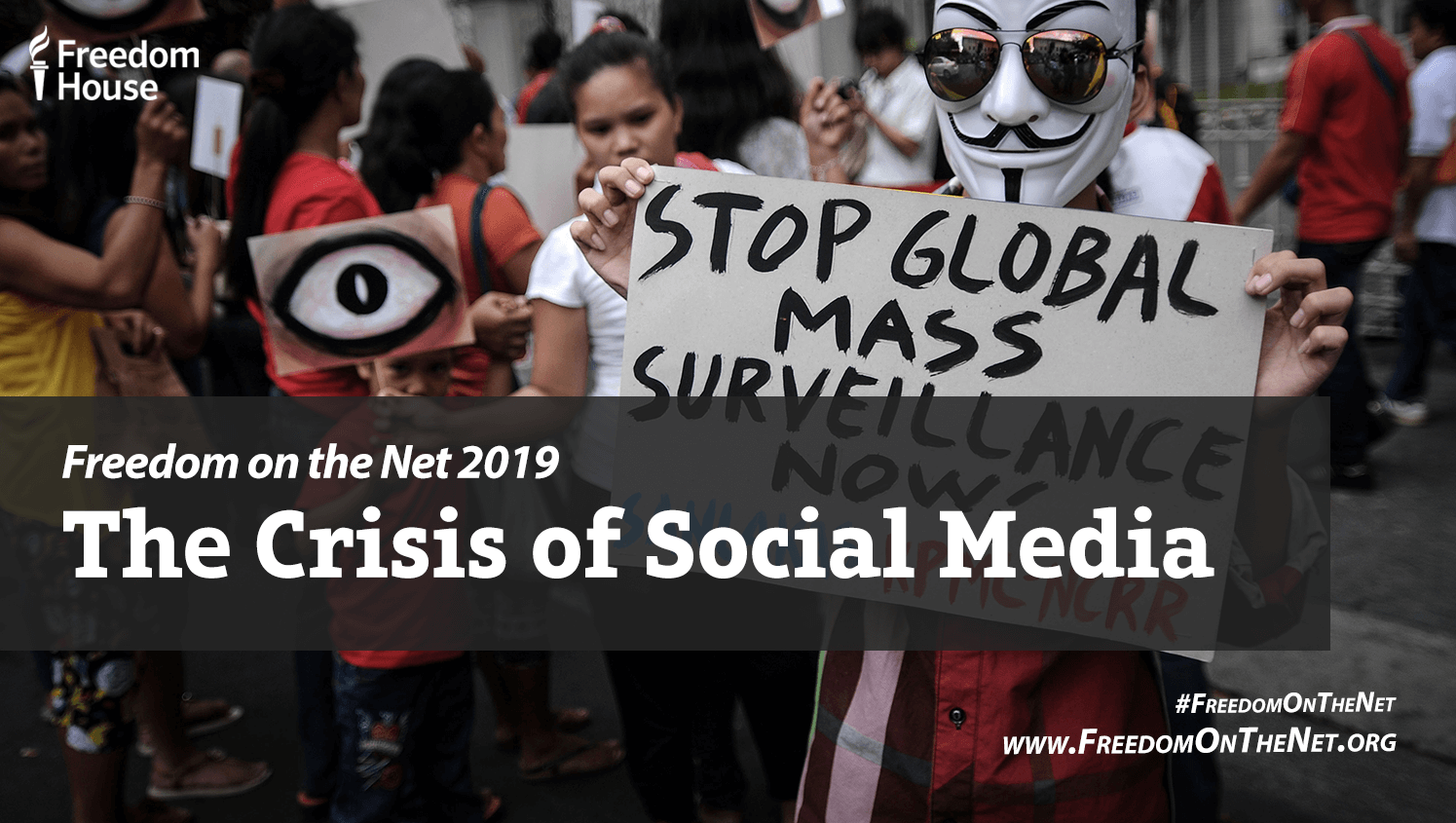 Freedom House released its Freedom on the Net (FoTN) report for the year 2019, titled “The Crisis of Social Media” to reflect the plethora of issues emerging on social media. The report finds an overall decline in global internet freedom for the ninth consecutive year in 2019. Pakistan’s ranking on the report remains “Not Free” for the coverage period, with its score decreasing from 27 to 26. Internet freedom declined during this report’s coverage period due to authorities’ increased blocking of political, social, and cultural websites. The general election environment in July 2018 saw connectivity restrictions and increased disinformation. The report for Pakistan was authored by Digital Rights Foundation (DRF) and evaluated through the methodology developed by Freedom House.

The full report can be accessed here. Pakistan’s country-specific report is available here. 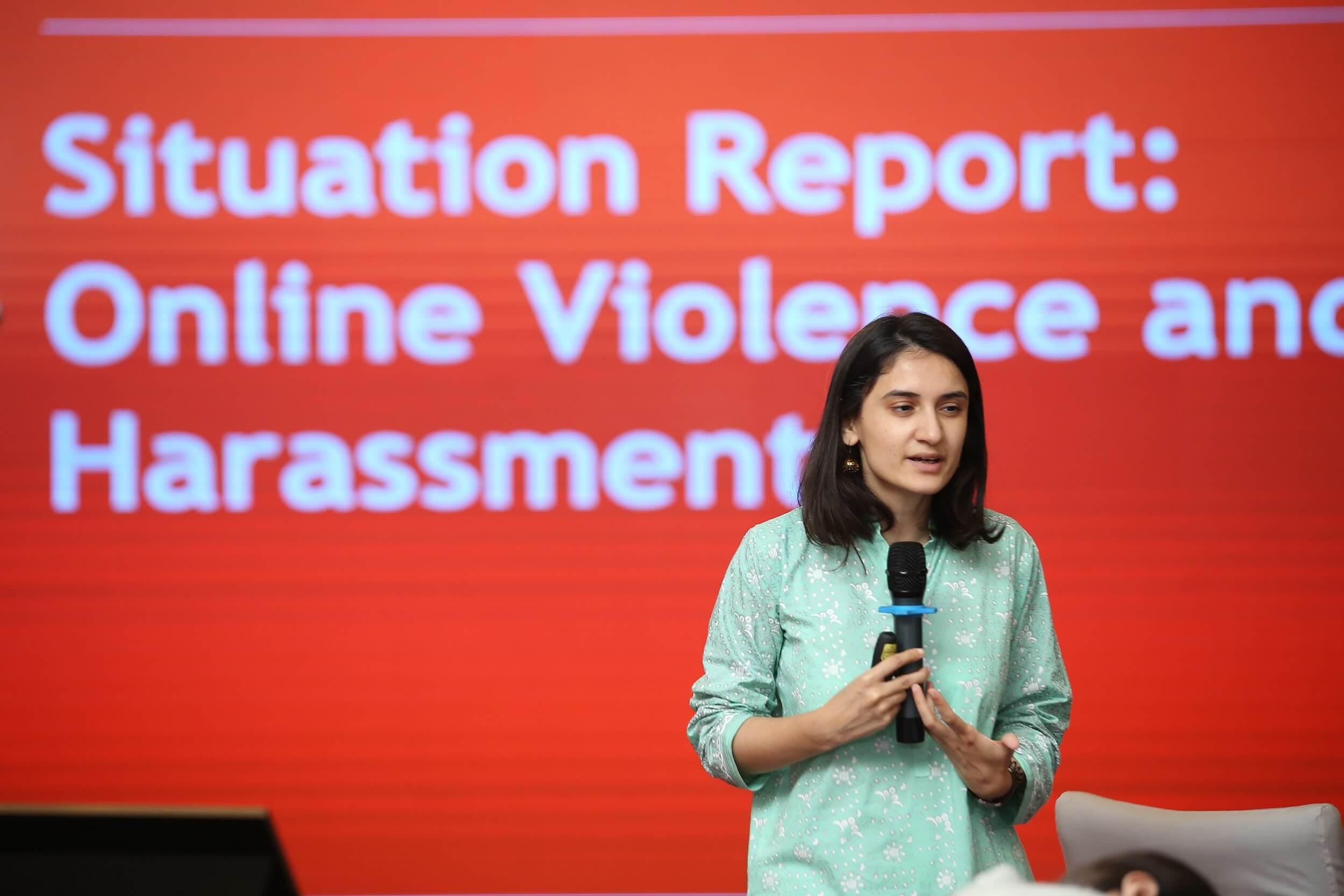 Digital Rights Foundation collaborated with Facebook and other partner organisations including Sahil, Human Rights Commission of Pakistan, Child Rights Movement and SPARC to plan three events on women’s online safety, child online sexual abuse, and safety of human rights defenders from November 7th till 9th. The events were an opportunity to become familiar with Facebook’s policies, tools, and resources to raise questions to the Facebook team.

Representing DRF, Shmyla Khan and Zainab Durrani delivered a lecture on data protection and privacy at the Computer Science Department at LUMS for the course called “Privacy in the Digital Age”. We shared our advocacy regarding the personal data protection bill with the students and had a lively question and answer session.

DRF attended a two day training organized by IFEX in Kuala Lumpur, Malaysia on the 5th and 6th of November 2019. The training brought together people from all over South and Far-East Asia and allowed for an exchange of ideas and best practises in terms of digital safety and digital training. 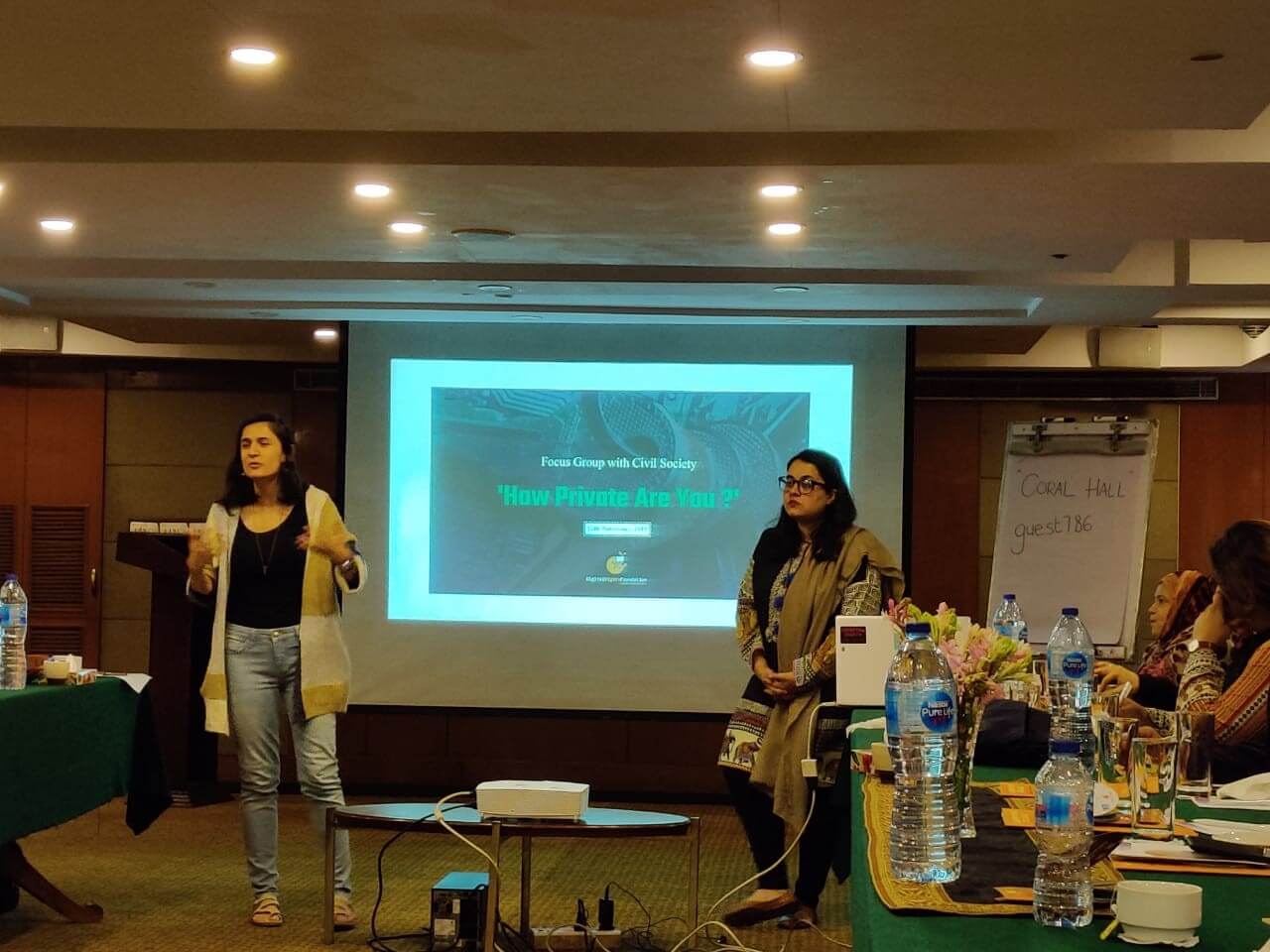 As part of the project that we are collaborating on with Privacy International, DRF hosted a focus group discussion with members of the civil society under the theme of ‘How Private Are You?’ where we had a conversation on organizational security and privacy in terms of cyber security and measures that should be implemented to strengthen the existing framework. The discussion also revolved around the organizations sharing their concerns with regards to the topic at hand and our Digital Safety team conducted a session to best address their concerns. 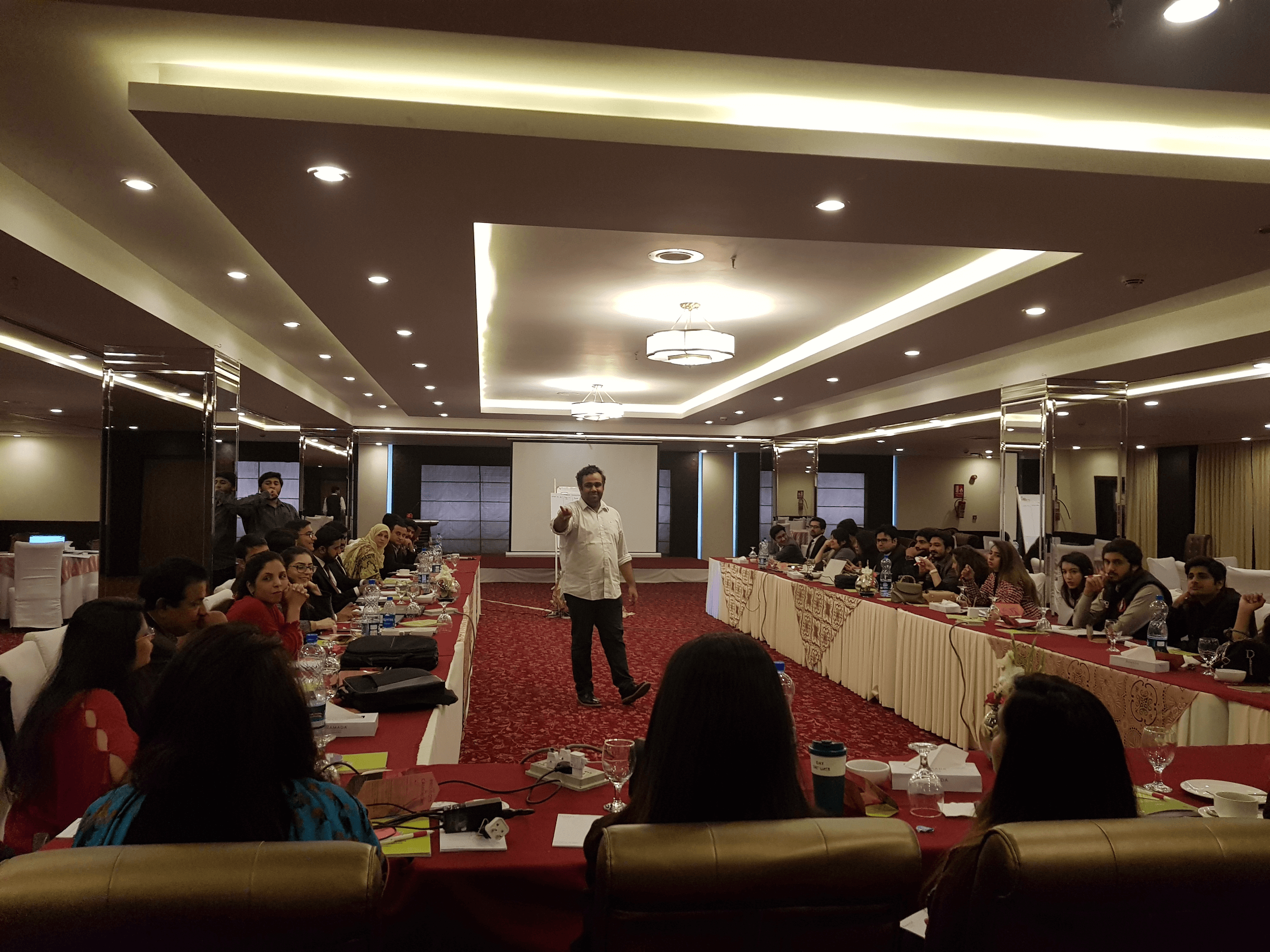 DRF conducted a two day session with human rights defenders from Islamabad and Lahore regarding online safety and digital rights. HRDs discussed in detail on their privacy concerns and what safe practices they need to adopt in order to stay safe in online spaces. The session took place for two days on 30th November and 1st December and had human rights defenders which consisted of activists, lawyers, journalists and civil society. 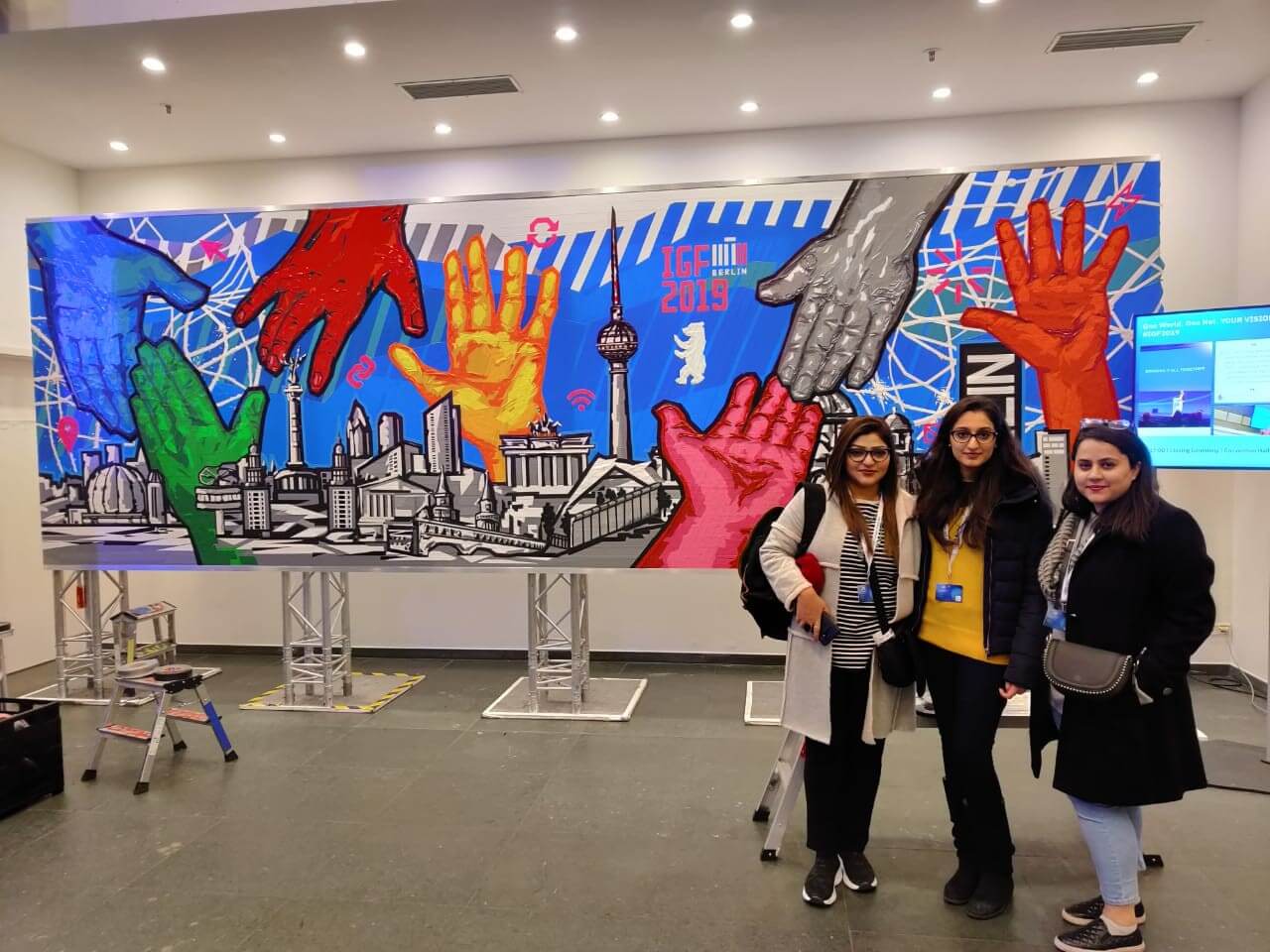 The DRF Team was represented at the Internet Governance Forum 2019 in Berlin by an all-female team consisting of Sehar Dad, and Program Managers Maryam Saeed and Zainab Durrani

Nighat Dad spoke on the #MeToo movement to Newsline Magazine.

While social media has been such a great tool in bringing the sexual harassment conversation to light, it is also where people continue to be harassed. We need to focus on creating alternate physical spaces and forums where survivors of sexual harassment can share their stories without fear of backlash, she said. 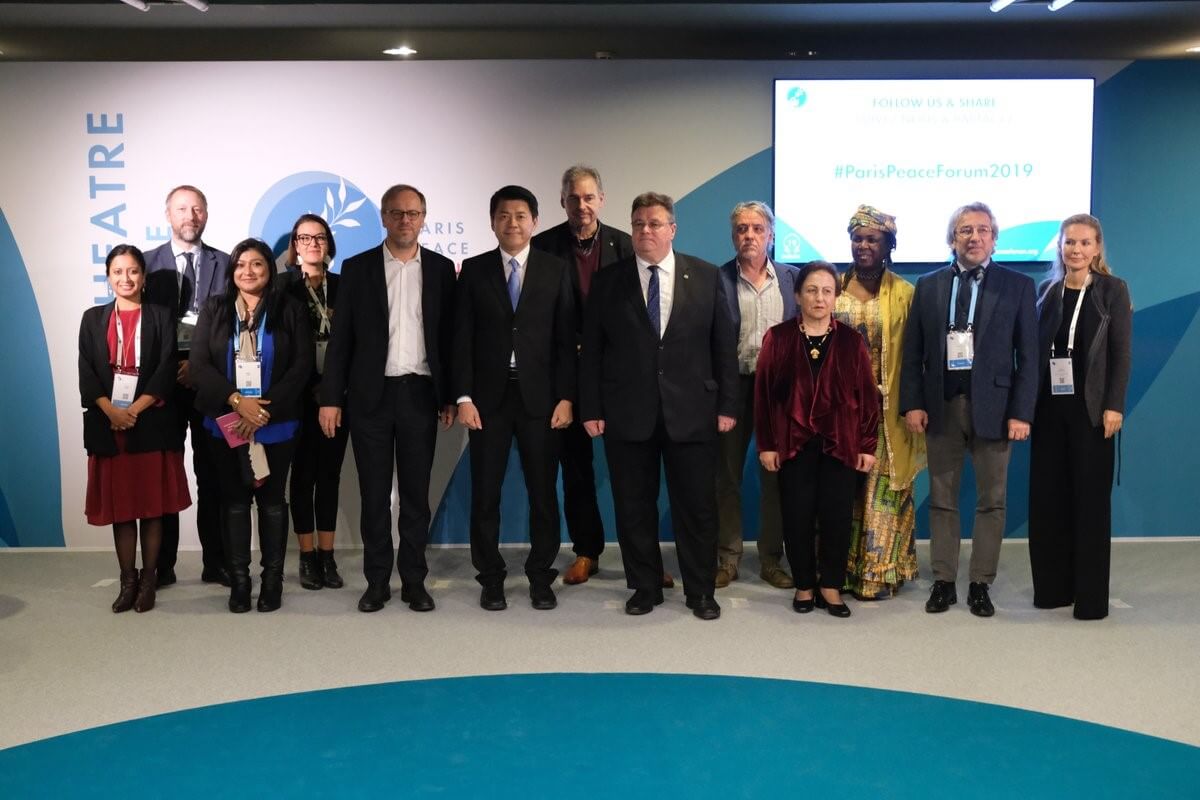 In the context of the Paris Peace Forum, eleven organizations unveiled the newly created Forum on Information & Democracy. This new entity will issue recommendations for standards in order to encourage the regulation and self-regulation  of the space of information and communication. The initiative was welcomed by President Emmanuel Macron during his inaugural speech. He first quoted “the Partnership on Information and Democracy, launched by Reporters Without Borders and supported by governments” to illustrate “the importance of these new forms of cooperation”, “a concrete example of innovations that provide different actors to move forward together".

The Forum’s Board of Directors elected the RSF Secretary general, Christophe Deloire as its President. Nighat Dad (executive director of Digital Rights Foundation) and Leon Willems (director of Free Press Unlimited) were elected as Vice-President and Treasurer.

Session soundbites: “Democracy dies in darkness: do we have the information we need?” 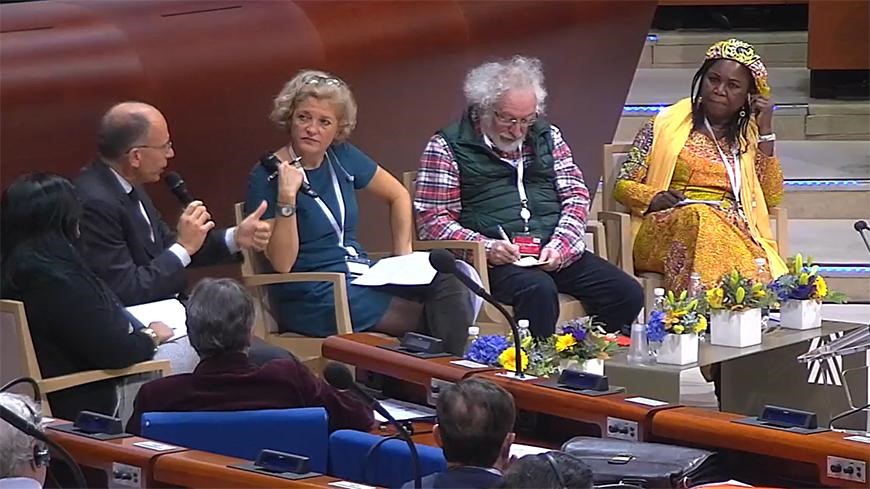 This past week the social media behemoth, Facebook, released its transparency report for the period January till July 2019. This report, issued on a bi-annual basis, contains information regarding the enforcement of its community standards and policies on intellectual property as well as compliance with legal requests from governments across the world.

How not to lose private data

R Umaima Ahmed from DRF's Network of Women Journalist for Digital Rights wrote for The News on Sunday on the need for an extensive awareness campaign about how to protect data from fraudsters and intruders.

The 2019 Class of Asia 21 Young Leaders including Nighat Dad (Pakistan), Founder & Executive Director, Digital Rights Foundation met on November 15-16 in San Francisco and Silicon Valley at the annual Asia 21 Young Leaders Summit. This summit held in the United States for the first time and it carried the theme “Technology & Humanity: Roadmaps for the Future.” Since the first Asia 21 summit, held in Seoul in 2006, the initiative has connected people from the region and facilitated collaborations in tackling the common challenges of the 21st century.