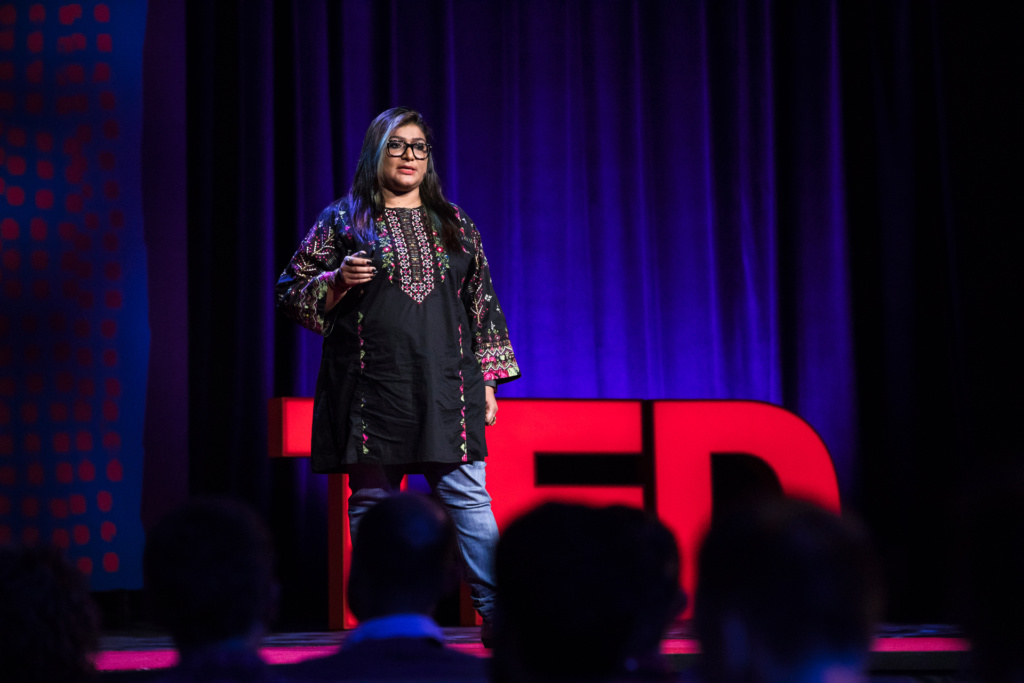 “Imagine waking up to a stranger - sometimes multiple strangers - questioning your right to existence for something that you wrote online”, Nighat Dad - a celebrated digital rights activist and lawyer from Pakistan starts her talk at a global stage of TED in August 2017 with an anecdote relatable across borders. The talk can be found here:
https://www.ted.com/talks/nighat_dad_how_pakistani_women_are_taking_the_internet_back#t-29310

Pakistanis are finally being recognised globally for extraordinary work that they have been occupied with for years - the work that was overshadowed by a lot of issues that suppressed the image of this otherwise remarkable country that is full of potential. Nighat is one of those remarkable people who, along with her team of phenomenal people, is making Pakistan proud across the world. With many accolades already in her bag, Nighat shared her story at TEDGlobal in Arusha, Tanzania where she was welcomed by people from various backgrounds who came to listen to her talk, and were in awe when she finished talking.

Nighat’s story is not one of its kind, in fact, it’s a story of every woman - young and old - who was brave enough to mark her existence in the online world; a world that is known to be cruel and yet is believed to be harmless for its virtual nature. Her struggles were just a window to what women have to face everyday, things that are harrowing and can’t be put in words.

Cyber harassment is not a new term anymore. The victim knows it, the harassers know it, the bystanders know it, those who support either party know it. Yet the experiences are questioned, challenged, and ridiculed everyday. Nighat and her team oppose these questions and challenges to support the victims, and this is also when the Digital Rights Foundation was founded out of passion and sheer motive of helping others in the digital realm.

Cyber harassment leads to deadly outcomes and keeps women from accessing the internet, essentially, knowledge - is what Nighat reiterated in her TED talk. While it can be challenged that cyber harassment only affects women, but the fact that women are most vulnerable to online violence can’t be contested. The gendered nature of online abuse was also what kept Nighat from accessing technology because her family imposed restrictions on her that didn’t imply on the male members of her family. The cruel notion of “technology is the root of all evil” is still alive in this part of the world, and is heavily used to restrict women from accessing the pool of knowledge that the internet holds - furthering the oppression that has been going on for centuries. Digital Rights Foundation is challenging this notion, and calling for the harassers to be blamed for their actions, and not the technology. We are advocating for women’s right to access without barriers.

While Pakistan is the home to some remarkable individuals who are known and respected across the world, including Malala Yousafzai, Dr. Abdus Salam, Sharmeen Obaid Chinoy to name a few. But this doesn’t take away the fact that it is also a nation where women are left to die outside their house for answering a phone call, where women are killed in the name of honour for expressing their opinions online, where women are murdered to marry someone they like, because this is how polarised Pakistan is.

Nighat emphasised that because of the strong hold of conservative mindsets in her family, she wasn’t allowed to own a phone until she was married, and even after she got married, this mobile phone became a tool to surveil on her by her ex-husband. She refused to be subjected by the abuse that was projected on her, as a result she was abandoned along with her then-6-month-old son. It could either be the end of all worlds, or it would pave way for her to be the guiding light for many such women who choose to stand up for themselves, or those who have no one to stand by. She chose the latter.

Since then, DRF has been supporting women by providing avenues for them where they can seek help. The laws that grant all citizens right to access the information didn’t extend their legality in the case of women. Why is it that women have to fight for their rights when they were actually born with them? Why is it that the rights that women were born with aren’t given to them by default? Why is it that it’s always men - fathers, brothers, husbands - who choose what rights a woman will be granted, making the laws irrelevant?

The establishment of the Cyber Harassment Helpline - first of its kind in Pakistan and in the region - was done in hopes to extend the fact that women have equal right to access the internet as much as anyone in the society and no one can have the easy way out for making it unsafe for them. By actively lobbying for safe internet access for women, DRF is extending the idea that the internet is not owned by anyone and yet belongs to everyone.

Nighat puts it aptly in her TED talk, “Safe access to the internet is the access to knowledge, and knowledge is freedom.”

While you are here...