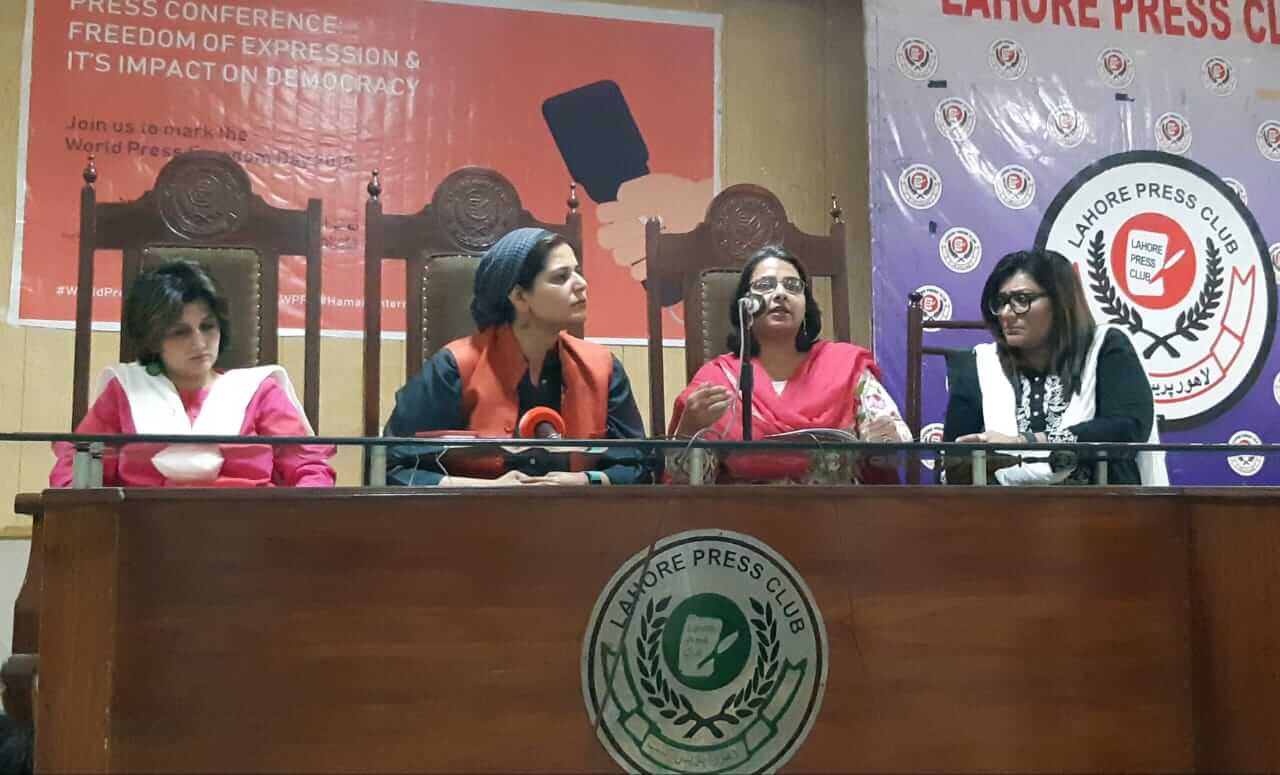 DRF organised a press conference with women journalists from its network, including Sabahat Zakariya, Mehmal Sarfraz, Umaima Ahmed and our Executive Director, Nighat Dad. The participants discussed the present state of press freedom and its impact on democracy. 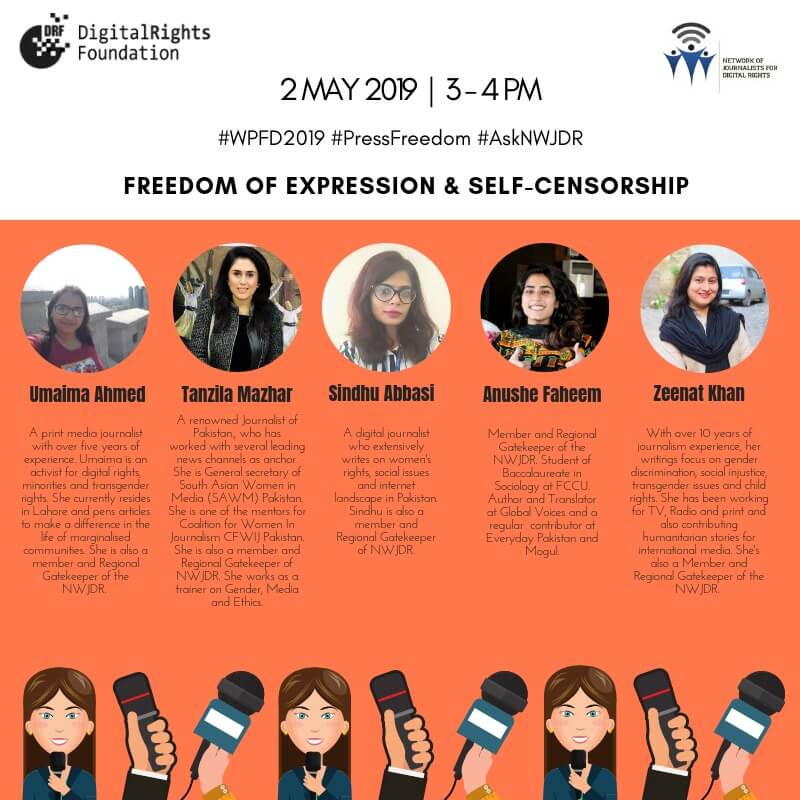 On 2nd May, members of DRF’s Network of Women Journalists for Digital Rights participated in a tweet chat to discuss gender dimensions of free expression on digital platforms and how they cope with the trolling and harassment. 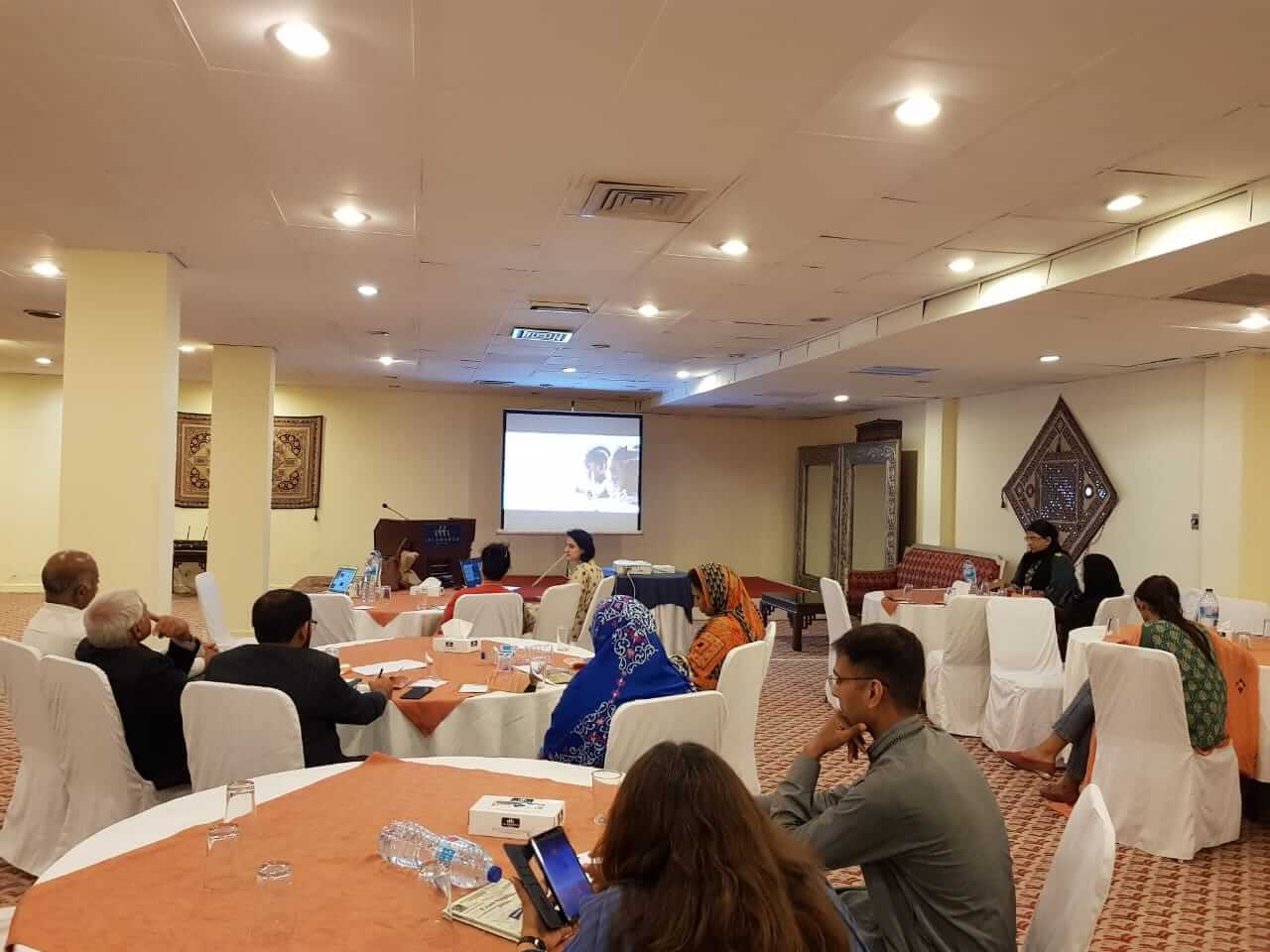 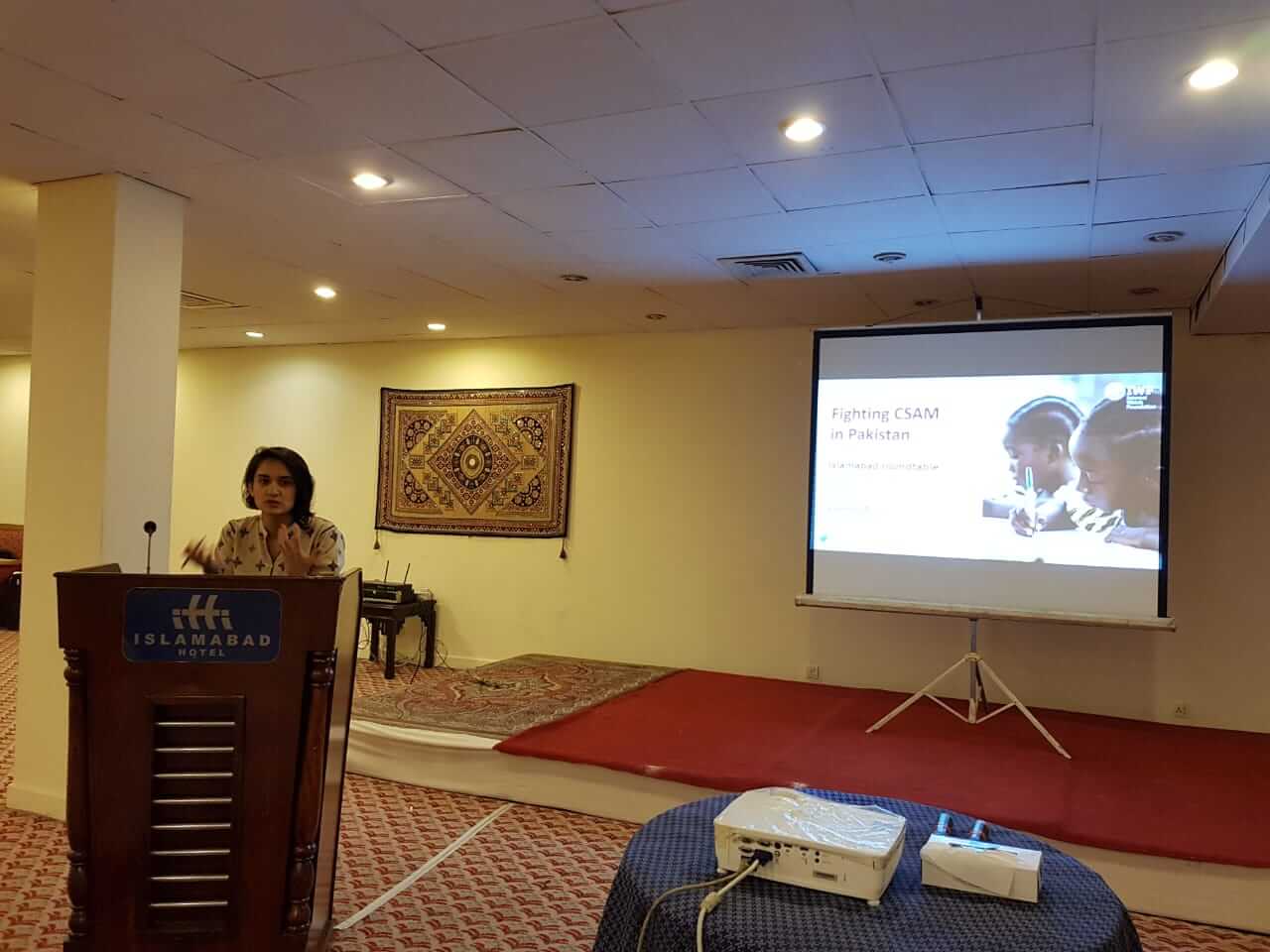 DRF in collaboration with Internet Watch Foundation (IWF) hosted a roundtable titled, ‘Online Child Sexual Abuse in Pakistan: Solutions and Call to Action’ on 3rd May with various stakeholders. The roundtable focused on the laws governing online child sexual abuse and pornography as well as the online trends that are apparent in Pakistan. DRF shared its experiences of dealing with cases of minors facing online abuse and harassment. Valentina Picco, the International Development Manager at IWF spoke extensively about the mechanisms available at the national and international level for tackling online child abuse and the work that IWF is doing in the field. The event also marked the soft launch of IWF’s online child sexual abuse portal in Pakistan to report and remove online content pertaining to child sexual abuse. 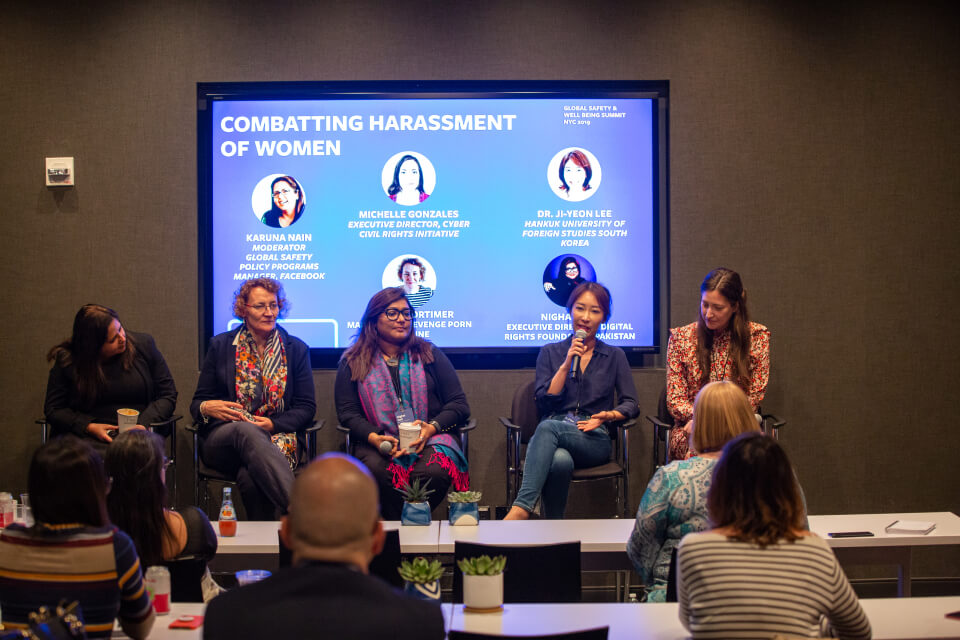 Facebook hosted the third annual Global Safety and Well-Being Summit, where over 100 organizations from 40 countries took part. A wide range of issues including suicide prevention, raising children in the digital era and protecting the most vulnerable people online were discussed in the Summit. Nighat Dad was part of the panel on combating harassment of women where she discussed coping mechanisms and digital tools to keep themselves safe in the online spaces.

Consultation Meeting on "Gender and Disability Audit of Election Act 2017" 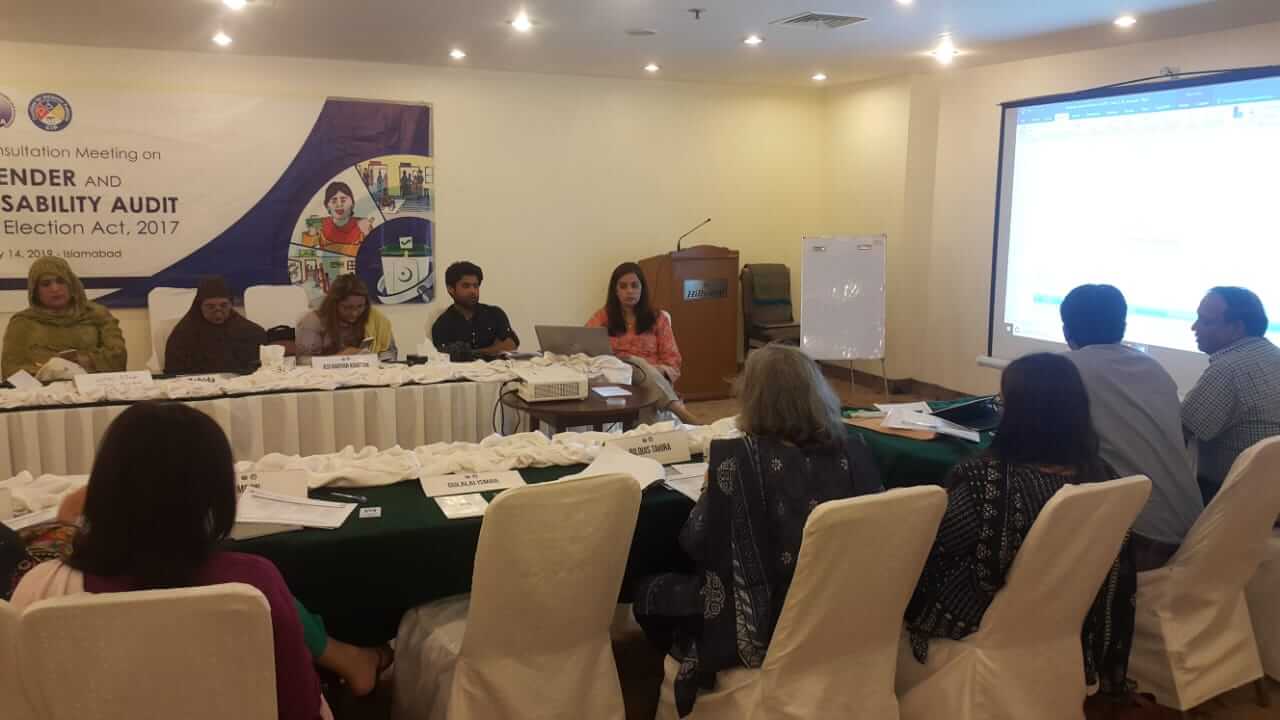 DRF attended the ‘Gender and Disability Audit of Election Act 2017’ in Islamabad on the 14th May to discuss the general elections 2018 and the lapses identified by the Long term Observers (LTO) in the election process. A detailed discussion took place with Coalition of Inclusive Pakistan (CIP) partners around gender and disability and recommendations were put forward to the Election Commission of Pakistan (ECP) on how to make the elections ahead more inclusive and fair for all.

The Human Rights, Big Data and Technology project, which is housed at the University of Essex in Colchester, called an experts’ meeting to discuss several pressing questions relating to consent. DRF was a part of the equation and introduced the Global South perspective which diversified the conversation and brought in the need to recognize the vastly differing standpoints from which the issues at hand needed to be analyzed and ways forward, worked on.

Apart from considering alternatives to the standard definition of consent and whether it needed changing, the various segments of the meeting also looked into the human rights impact on the situation and whether looking at it from this humane perspective would affect the way the consent model operated.

DRF was represented by Zainab Durrani who believes it was a great opportunity to contribute to a global debate and to gain insight into the academic dialogue surrounding the digital data regime and its significance.

DRF attended the second quarterly meeting of the PFDP - Punjab chapter followed by an interactive capacity building Session on ‘Governance and Networking’ organized by Rozan on May 2 in Lahore. 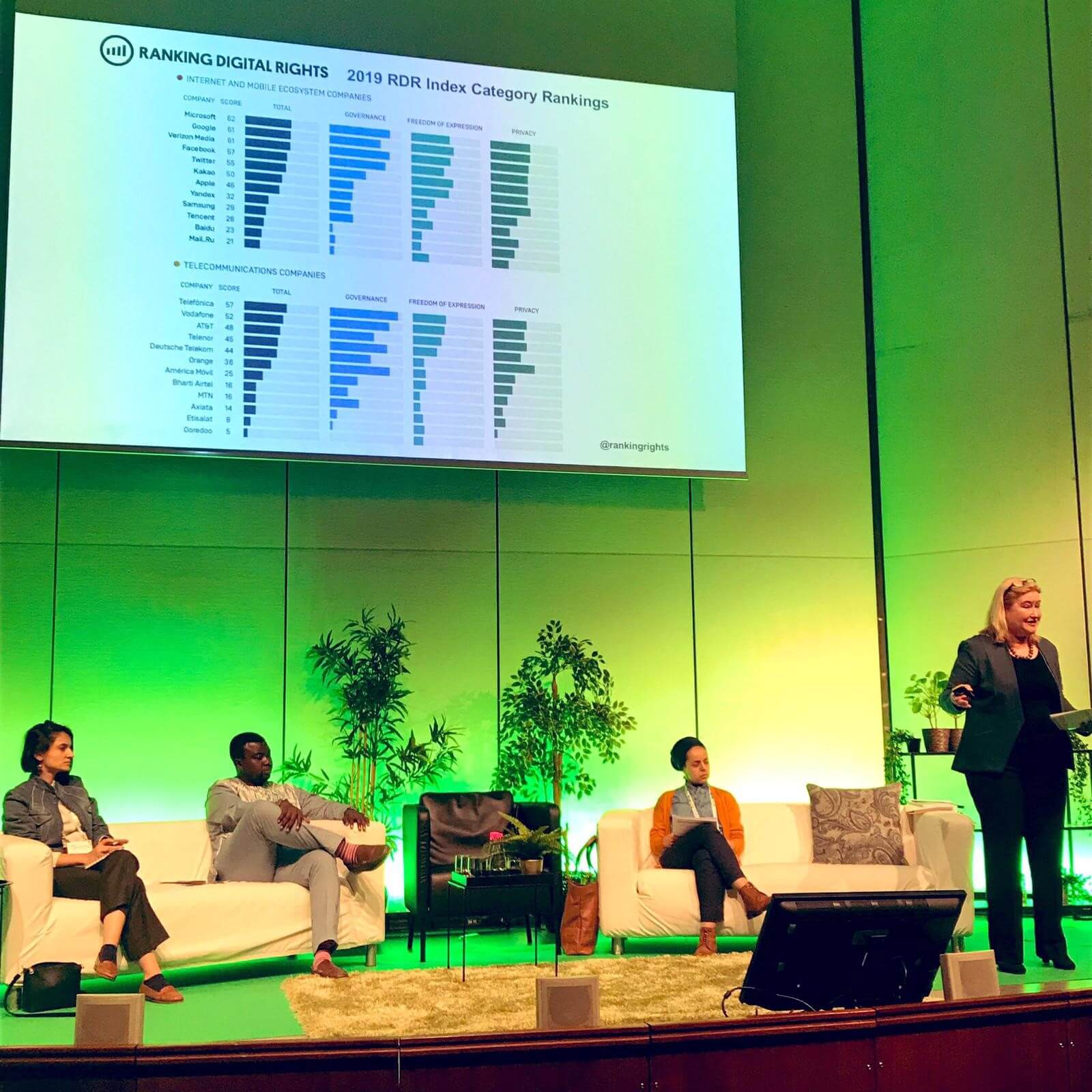 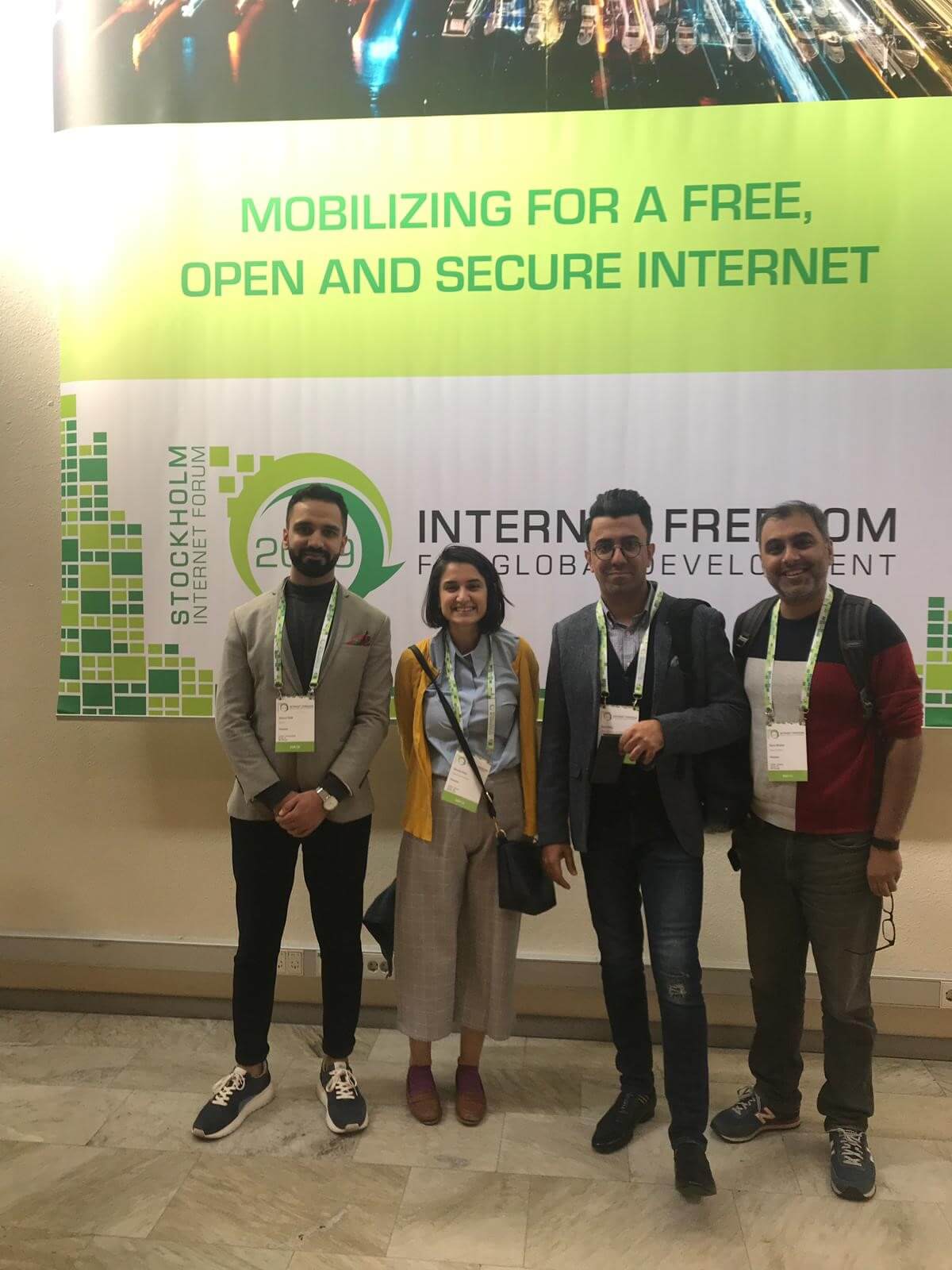 DRF was part of the Stockholm Internet Forum (SIF) 2019 hosted by Sida from May 15 to May 17, 2019. SIF is a platform for advancing a free, open, and secure internet as a driver of development. DRF was part of a panel discussion on 2019 Ranking Digital Rights Corporate Accountability Index where we discussed corporate responsibility and accountability for tech companies both in the Global North and the South.

The last of the digital security trainings under umbrella of DRF’s collaborative project with the International Media Support (IMS) titled ‘Fostering Open Spaces in Pakistan’ took place of Friday, the 3rd of May, 2019 in Lahore. The participants, as was the case for the entire effort, were women hailing from the information practice industry, including journalists, civil activists and human rights defenders who were interested in increasing their knowledge regarding cybersecurity and how to keep their gadgets in good shape. 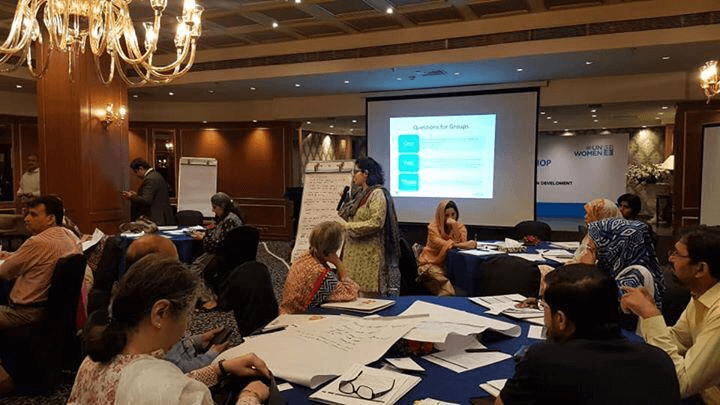 DRF participated in a consultative session on May 30, in Hospitality Inn hotel organized by UN Women in collaboration with WDD Punjab, to develop an implementation framework for Punjab Women Development Policy, 2018. 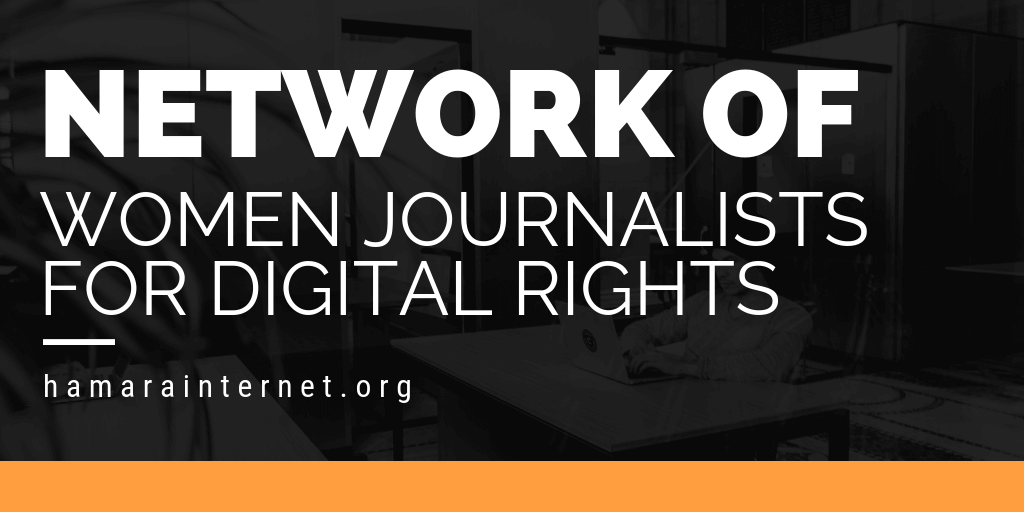