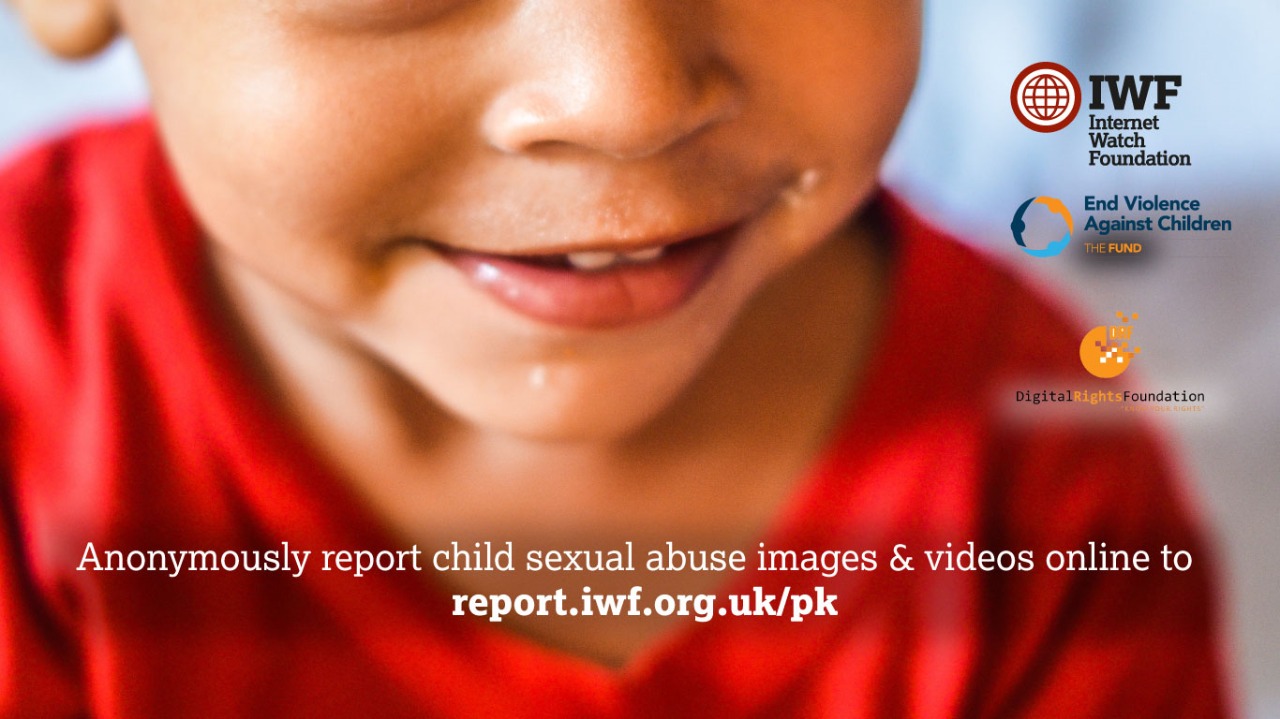 Digital Rights Foundation (DRF) in collaboration with the Internet Watch Foundation (IWF) and the Global Fund to End Violence Against Children are launching a portal to combat children’s online safety in Pakistan.

The IWF’s Chief Executive Susie Hargreaves said: “We have decided that, despite the strain that the current pandemic is putting on business, resources and life in general, it is still important to give global citizens a reporting options for child sexual abuse material online and not to delay.

“Therefore, we have opted to proceed with the launch, which shall be completely virtual. The in-person launch event was postponed, but we may hold a virtual meeting of delegates from Pakistan via Zoom instead.”

The IWF’s International Development Manager Jenny Thornton had been preparing to travel to Islamabad to attend the launch. She said that, despite the travel bans, there must be no delaying what could be a “significant” move for children’s online safety.

Ms Thornton said: “Pakistan is the fifth biggest country in the world by population, and 35% of their people are children.

“As a country, it has the world’s second highest number of children who are not in school, and that is estimated at 22.8 million children under 16 not going to school. We are talking about a lot of kids here, so the potential for this portal to keep more children safe online around the world is significant.”

Nighat Dad, Executive Direct of DRF said: "In Pakistan, child sexual abuse was considered as a taboo for far too long, making any serious and concerted action against it very difficult.

“However in the last five years, high profile cases have generated public outrage and support for action against these issues.

“This portal seeks to bridge that gap by creating a cross-platform, technological solution for reporting material within Pakistan to protect survivors of sexual abuse from getting re-traumatised and help make the internet safer for children and young adults."

The new portal is funded by the Global Fund to End Violence Against Children. It can be found at https://report.iwf.org.uk/pk