February 22, 2019 - Comments Off on January 2019: DRF releases research on “Ride-Sharing Apps and Privacy in Pakistan: A detailed study on the practices of Uber and Careem”

January 2019: DRF releases research on “Ride-Sharing Apps and Privacy in Pakistan: A detailed study on the practices of Uber and Careem” 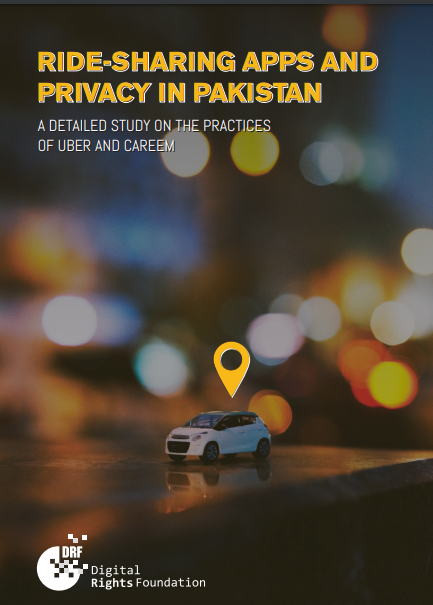 Digital Rights Foundation (DRF) launched its report on the use of ride-share applications in Pakistan, which highlights the privacy concerns in utilising these services and particularly the issues faced by their female customers. The report, which can be found here, titled “Ride-Sharing Apps and Privacy in Pakistan: A detailed study on the practices of Uber and Careem”, aims to generate a conversation regarding the use of technologies in urban commute.

DRF’s Executive Director, Nighat Dad, noted that “according to our survey 82% of customers indicated that they were not comfortable with Uber / Careem sharing their data with third parties. However, we know that both these companies are able to do so as per their business models”. She added that “while they provide a much needed service, companies must make more of an effort to take into account foundational principles of transparency, data privacy, and gender sensitivity.”

According to DRF’s findings, both the government and the companies themselves need to ensure the protection of users’ data, the physical security of drivers and customers, and the creation and maintenance of inclusive and safe spaces for females using the applications in either capacity. 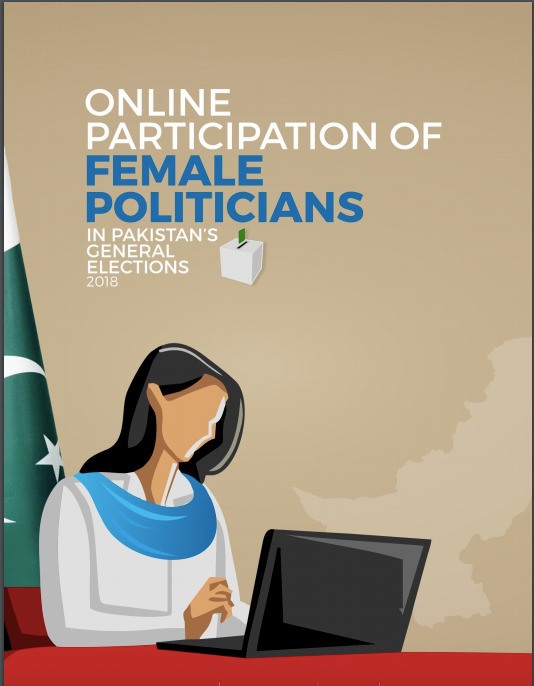 DRF released its report on “Online Participation of Female Politicians In Pakistan's General Election 2018” which looks at the role of female politicians in online spaces and the gendered challenges that they face.

The report, amongst other things, mapped the difference and impact of social media on the General Elections that took place last year as opposed to the term five years ago in 2013.

The social media activism of different parties along with the usage of their female candidates was noted as well as the surge that mobile internet brought in, in terms of sheer numbers of  traffic various social media platforms attracted.

Election Commission of Pakistan (ECP) implemented the use of RTS (Result Transmission System) these Elections which aimed to enable presiding officers at polling stations to transmit results to returning officers and the ECP in real-time, the efficacy of which the report analyses.

Nighat Dad spoke on GNN regarding the menace that is online harassment and our Cyber Harassment Helpline Two Year Report. Ms. Dad talked about how harassment is not only limited to offline spaces anymore but has extended to online spaces, due to more usage of the internet and technology. She talked about the Cyber Harassment Helpline Two Year Report and the growing number of online harassment cases in Pakistan. She added that the Report states that they received more than 2300 complaints since the launch of the helpline in 2016. She also talked about measures one can take if someone faces harassment online. For the complete interview, click here. 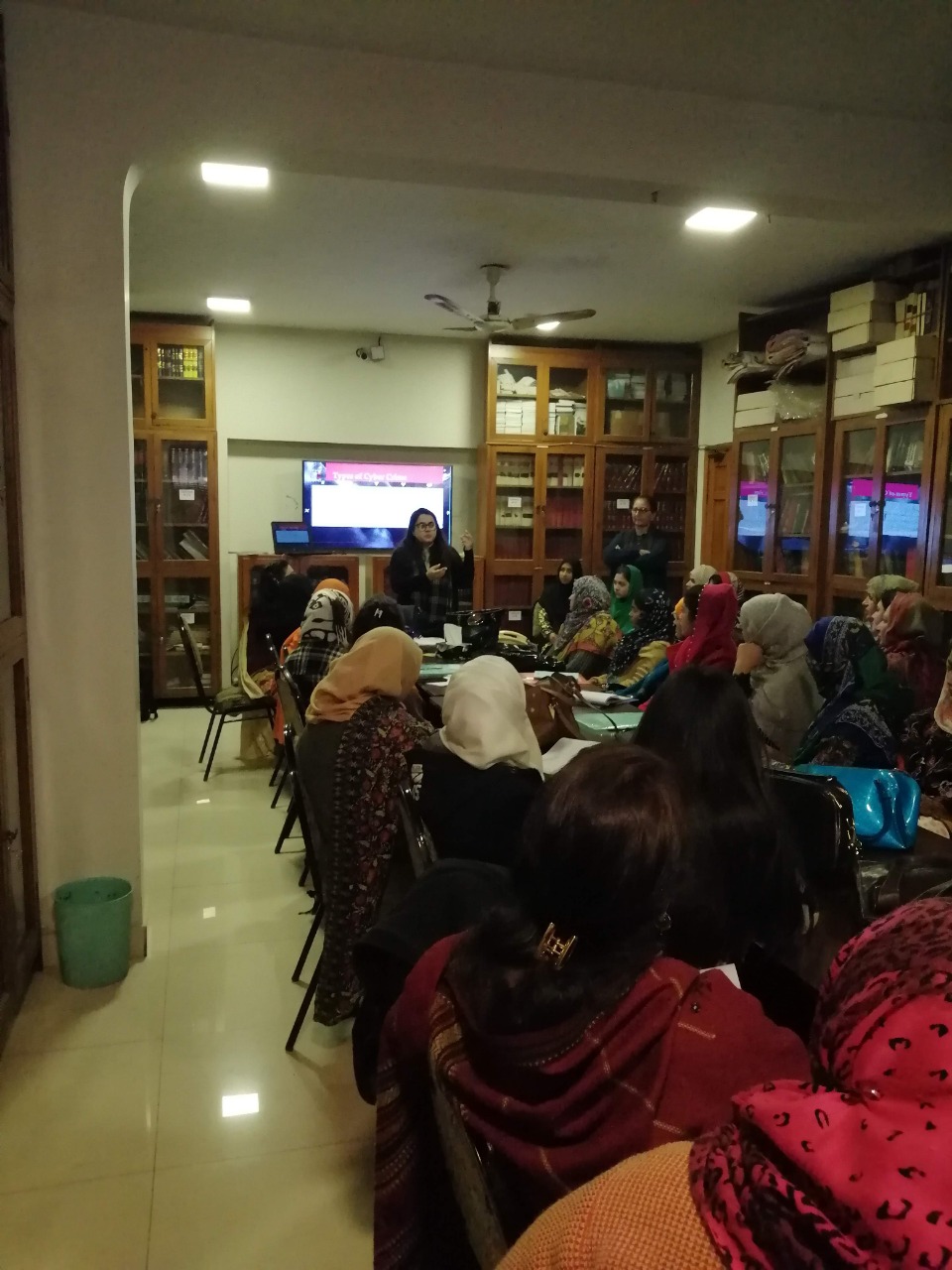 The team from DRF, consisting of Shmyla Khan and Zainab Durrani, delivered a training session on digital rights and security at AGHS Legal Aid Cell on January 18th and 19th. The training consisted of in-depth discussion of the legal regime governing online spaces and reporting mechanisms for online harassment. 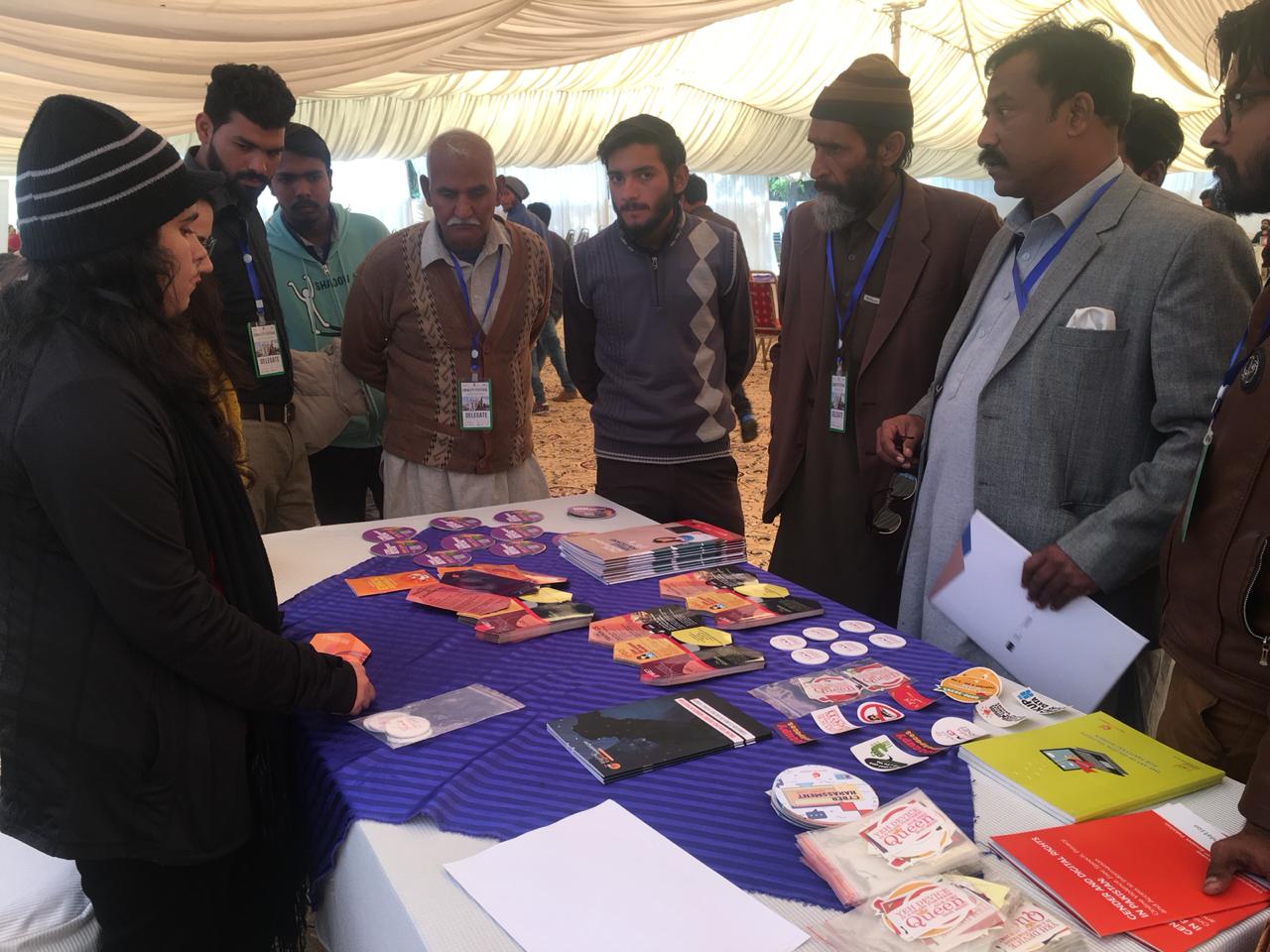 DRF set up a booth at the equality festival held on 23rd January 2019. The team, consisting of Zainab Durrani, Aqsa Laraib and Areeba Ahmed, was present at the booth and welcomed hundreds of people who were in attendance. Visitors inquired about the Cyber Harassment Helpline and how DRF aimed at helping victims of online harassment from various social and economic backgrounds. 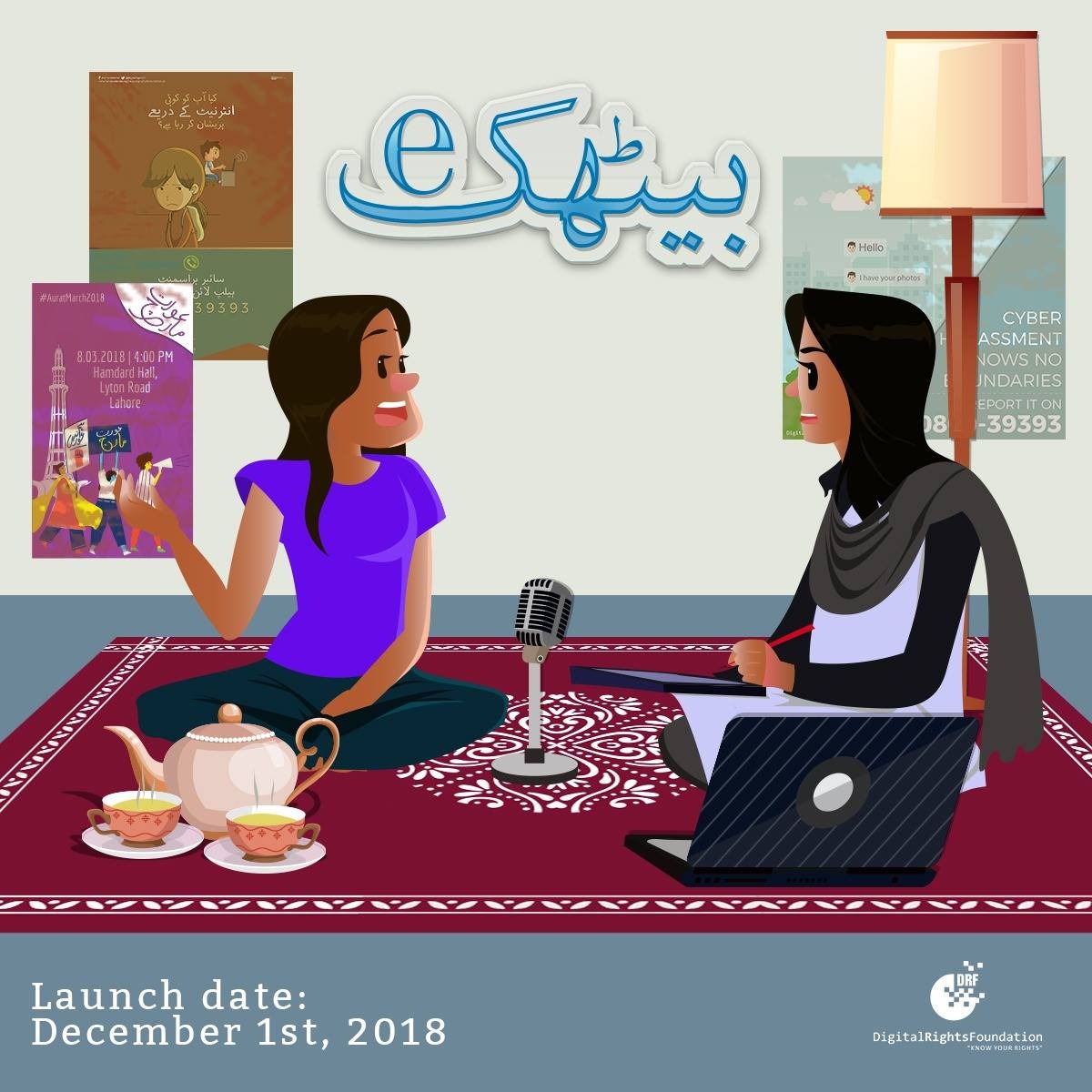 DRF launched its first ever podcast series called e-Baithak as part of the 16 days of activism campaign. The aim of the series is to discuss forms of online violence, data privacy and technology in today’s day and age. The first episode was released on 1st December 2018, the inaugural episode “Consent and Pleasure Online” discusses how the internet can be a site of pleasure. We delved into the different aspects of consent and pleasure online. The second episode was released on 23rd January, titled “Can We Trust Social Media Companies?” where we unravel the Cambridge Analytica scandal and the importance of privacy rights. 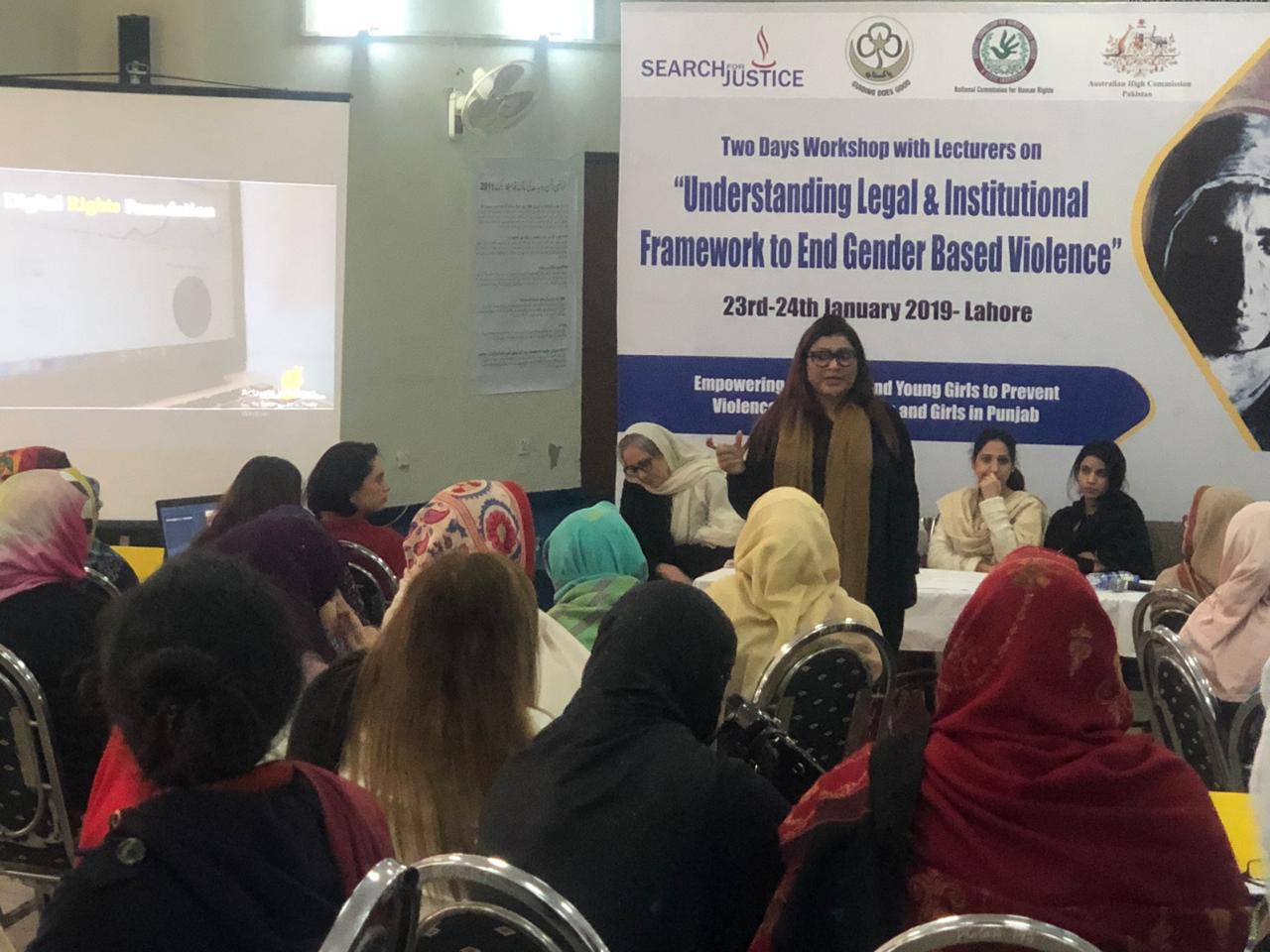 Nighat Dad conducted a session on online harassment and the strategies women can take to prevent such incidents from taking place. The two-day workshop, “Understanding legal & institutional framework to end gender based violence”, was held on 23rd and 24th January in Lahore organized by Search or Justice. The workshop included women lecturers from different public sector educational institutions. Ms. Dad shed light on the growing number of online harassment cases and the importance of making sure that the users know how they can protect themselves. The session was followed by tips to protect themselves in the online space. 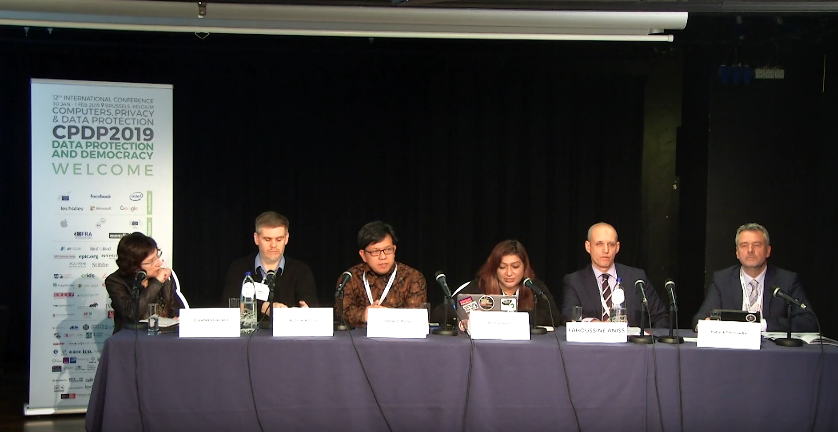 Nighat Dad was part of a panel - “Islamic Legal Conceptions of Privacy” at the CPDP conference 2019 held at Brussels, Belgium. Since many countries with either a large majority Muslim population or an explicitly Islamic Legal system have or are considering the adoption of Data protection legislation, the panel came together to talk about the principles of Islamic legal theory, that laws should implement. Ms. Dad talked about how Pakistani culture is heavily influenced by Islam. She said that often the laws, which protect the right to privacy, are not spoken of in terms that religion attributes to those rights, which leads to this area of law to remain underdeveloped, for example the lack of personal data protection legislation in Pakistan. Ms. Dad said that there is a lot of opportunity and guidance in Islam that ought to be utilised in protecting the privacy of citizens of Islamic countries and it can be done by encouraging and utilising Islamic scholarship and research. Click here to view the full session.

DRF’s session on Cyber Harassment in University of Central Punjab 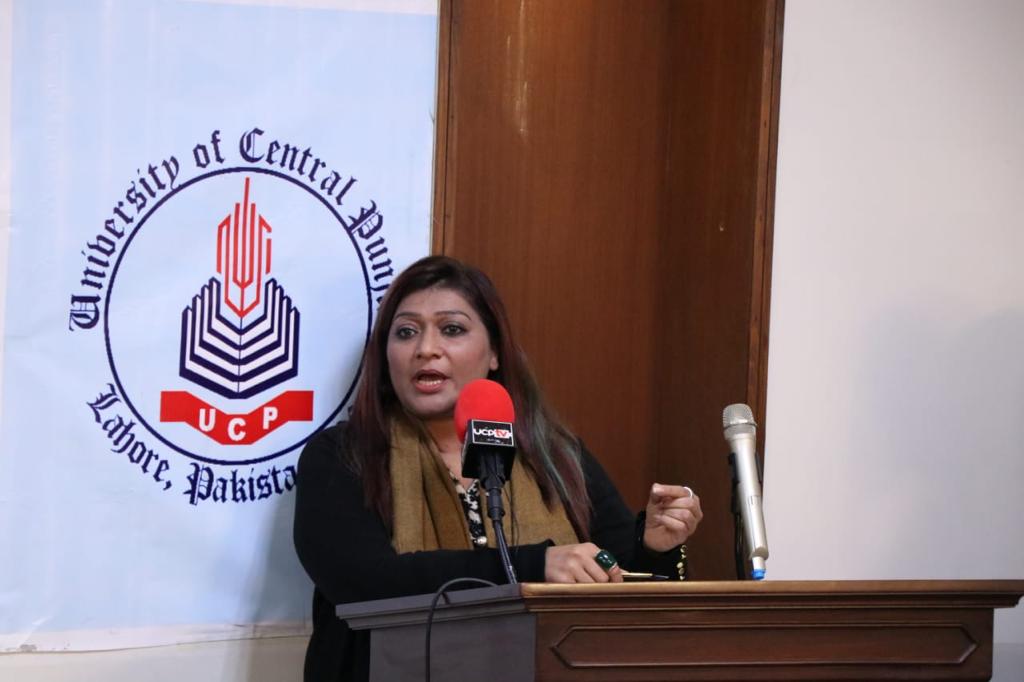 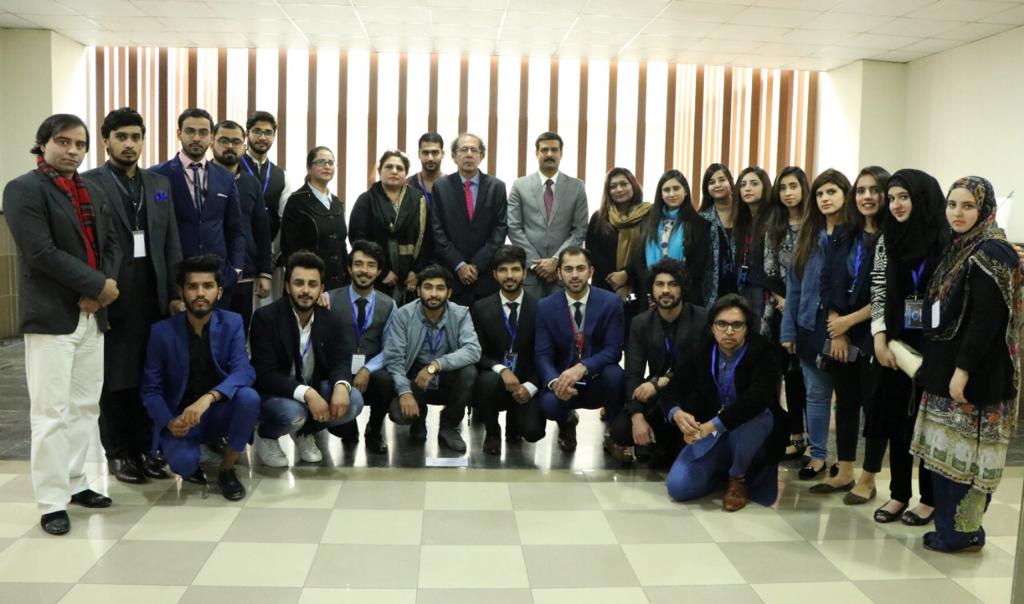 Nighat Dad was invited as a Guest Speaker at University of Central Punjab to conduct a session on Cyber Harassment. The event was held on 29th January and the media students were enlightened about the topic. Ms. Dad talked about the rising cases of cyber harassment due to more usage of social media. She talked about how individuals can protect themselves in the online spaces and urged them to learn about the reporting mechanisms in case of any incident.

Nighat Dad spoke on Aaj News where she discussed awareness on digital rights and the laws regarding cyber bullying. She discussed the problem of online trolling and harassment in detail and urged the users to become aware of the mechanisms that exist, in order to prevent or report harassment. She also talked about Prevention of Electronic Crimes Act 2016 and how the law caters to violence online. For the complete interview, click here.

Nighat Dad spoke on 92 News condemning the leaked pictures of some citizens and their car number plates by Safe City cameras. Ms. Dad pointed out that this is a breach of people’s privacy but unfortunately people who have been affected by this cannot take any legal action. She urged the authorities to develop Standard Operating Procedures for the Safe City Project, which should be made public. She said that the citizens have a right to know how their data is being protected, where it is being used and if the data is leaked how can a victim report this. For the complete interview, click here.