January 31, 2017 - Comments Off on Internet on the Periphery

Internet on the Periphery 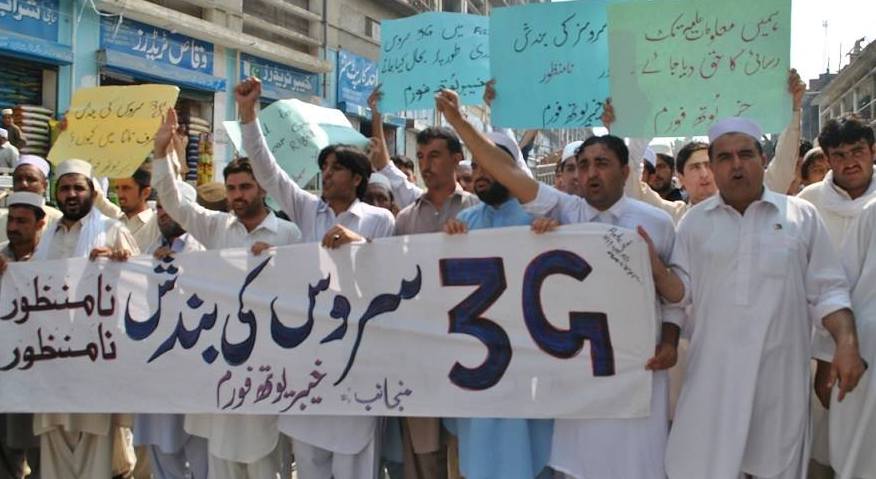 A population and territory that already belongs in the fringes of our imagination has receded from our digital spaces without most Pakistanis noticing. It may come as a shock to most of us that internet services in Federally Administrated Tribal Areas (FATA) have been suspended since June 12, 2016.

Meet Rahim Shah Shinwari, he tweets about the internet blackout in FATA nearly every day, compensating for the silenced digital voices from FATA. He highlighted the problems that the residents of FATA face in the face of this ban.

Digital spaces are increasingly coming under scrutiny and regulation all over Pakistan, however the complete shutdown of internet services in FATA points towards a different and worrisome form of policing and regulation.

We spoke to local journalist Rahat Shinwari as well who said that the ban has put “FATA back in the stone age”. He advocates for internet rights and has written about the issue in the Daily Ausaf: 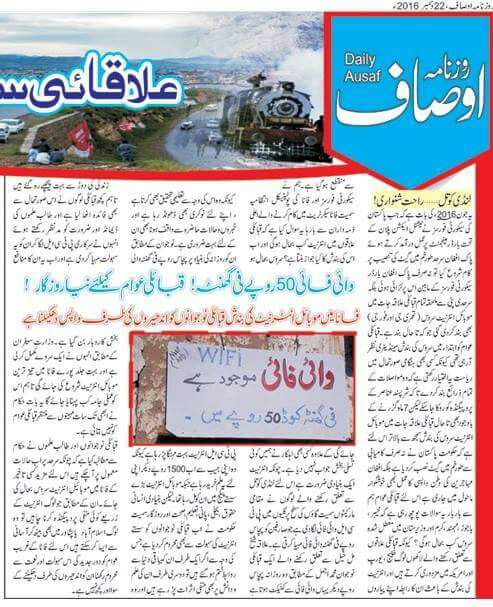 The summer without Internet

The internet shutdown began on June 12, 2016 following the closing of the Pak-Afghan border after an incident of firing from the Afghan side on June 11, 2016. The authorities took immediate and disproportionate action by suspending mobile-based internet services in all the agencies of FATA: this includes 3/4G and portable internet devices—which constituted the primary sources of internet access in FATA given its availability and the fact that it was cheap (both in terms of rates and the lack of setting up costs: you only need a basic smartphone to use mobile internet). In wake of this shutdown, the only source of internet is PTCL broadband. According to our research, broadband connections formed less than 5% of the internet access in the area.

DRF has learnt that the process of shutdowns preceded June, 2016 and had begun intermittently as early as March of the same year. The shutdown was first experienced by the citizens of Bajaur and the regions bordering Afghanistan.

A short history of the internet

The internet arrived in FATA in 2005, but it proliferated properly after 2014. This is not the first time that the residents of FATA faced an internet shutdown. During the military operations in South Waziristan and other agencies in FATA, internet access was blocked from 2010 to 2012. In fact, during those years, even PTCL services were shutdown. However the sting of the shutdown has been felt more this time around given the explosion of the internet and introduction of 3/4G services by 2016.

An overwhelming majority of the users of internet in FATA are the younger generation. Nevertheless, based on interviews, internet usage was widespread in other age groups. Women were also using the internet in huge numbers on their mobile devices.

The internet was used to communicate with family members in other countries, such as workers in the Gulf States and students in Europe and the US. Businessmen were also taking advantage of the internet as a means of promotion and sales.

Importantly, the internet was also used for political engagement and awareness campaigns. FATA was not immune to trends all over the world, and the rise of citizen journalism and accessibility to e-newspapers meant that people were starting to question conventional narratives and hold public authorities accountable. The political campaign and mobilization against the Frontier Crimes Regulations (FCR) took on a renewed fervour because of the internet. The political consciousness in digital spaces was such a concern that some political agents threated to take away internet privileges from the population if criticism of corruption by the authorities did not abate.

The internet was also the sole source of entertainment for much of the population. Owing to the fact that access to electricity is limited and subject to frequent shutdowns, many households run on solar panels where they do not own television sets and prefer to watch broadcasts on easy to charge mobile devices. Often times, the only way to watch a live cricket match—a national obsession—is through internet streaming services. It is a real tragedy that the residents in FATA are not able to watch live cricket matches in 2017!

Silence from the state

Since the shutdown there has been no official explanation for its persistence or any satisfactory justification regarding the denial of internet services to a significant portion of Pakistan’s population. The residents of FATA and youth groups such as the Khyber Youth Forum have raised questions, but their protests have been met with complete silence.

When individuals have approached the government, they have been told that the shutdown is a result of security concerns. This nebulous defence of “security” is a familiar one in Pakistan, particularly to the residents of FATA. Under the blanket rationality of security, internet services have been denied to all the agencies in FATA. Furthermore, the particular incident that led to the shutdown has long been addressed as peace was restored within a month of the shutdown.

It has also been asserted by the authorities that internet services have been banned because the internet was being used as a tool of propaganda by militants and terrorists. This reason employs the warped logic of heavy-handed governance. If the internet is used for propaganda, the solution is not a complete ban on the entire medium of communication and expression. If the government wants to counter extremist narratives, there are other ways to go about it rather than denying speech to an entire population. Furthermore, the internet can be used a propaganda tool in other parts of Pakistan as well, it is peculiar that FATA have to bear the brunt of this misuse. Furthermore, it is worrying that the entire region of FATA being seen as a homogenous with a uniform threat level, which echoes the logic of the FCR and colonial practice of collective punishment.

These reasons given by the government makes sense only when one considers this shutdown in the context of the history of FATA as a periphery region that has been denied equal rights under the Constitution of Pakistan and made subject to a repressive and colonial legal and political system since partition.

In wake of the internet showdown there is a gaping hole in terms of access to information and news. While the local media is working to fill in the gaps, even journalists in the area are seriously hindered in their ability to stay up to date and access sources without proper access to the internet.

The “internet café” culture from the 90s and early 2000s is returning to FATA, out of necessity rather than nostalgia. Enterprising dhabas have started to invest in internet broadband infrastructure, where one can use the internet at the rate of Rs. 50 per hour. This hefty amount means that internet access, when rarely available, is too expensive for a majority of the population. Furthermore, given the culture of public spaces and dhabas, these facilities are largely accessible exclusively to men given the cultural and gender norms of the area. Often times people have to travel great distances to simply use the internet; some students have to travel all the way to Peshawar just to fill out a job or university application. The burden of this internet shutdown is falling disproportionately on the young, women and financially disadvantaged.

With demands for the repeal of the FCR gaining momentum and the headway made by the FATA Reforms Committee, there is a definite push towards extending fundamental rights under the constitution to FATA. Digital rights need to be included as part of the proposed package of reforms for FATA. It is odd that on one hand that the government seeks to eliminate the oppressive regime of the FCR, and on the other is still denying basic internet services to FATA.

Digital rights activists also need to keep the regions on the periphery in mind when advocating for internet rights. While suspension of internet and mobile services for a single day in urban areas raises outrage, the continued and unjustified denial of services to the people of FATA has largely gone ignored by mainstream discourse.