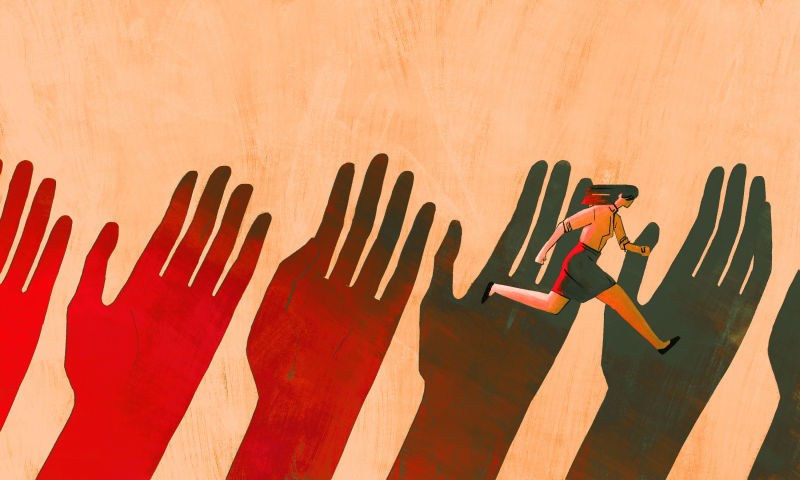 November 30, 2017 - Comments Off on Harassment hinders women’s access to public and online spaces

Working on the Cyber Harassment Helpline for exactly a year now, we’ve come across a range of cases, but there’s one thing that has really stood out as common among most of the cases. Not just one, not even a dozen, but most of the victims of online harassment who have reached out for help have reported that one of their immediate responses was to deactivate their online accounts. It becomes important to note here that the people who sought this solution as temporary relief were mostly, if not all, women. When backing away from online spaces is seen as the obvious and immediate recourse in the face of harassment, whether it’s blackmail, impersonation, stolen and/or edited pictures, and when most of the victims of harassment are women, it tells you not only that there is an imbalance of representation and participation of women in online spaces, but that there is a lack of alternate support and help available for them as well.

The online realm is only a reflection of the physical realm, and it shows. In Pakistan, the presence of women is restricted to specific areas in public and online spaces both. The habits and norms of the physical society are replicated within online spaces, so the abuse that women face is only made easier to spew from behind a device’s screen. Harassment faced online, however, has additional deep repercussions on the presence and identity of women physically. There is a certain element of danger that comes along with the ease of accessibility and broadcast that the internet provides. Perhaps the basic threat behind most forms of online harassment is that what a person considers the most personal and vulnerable aspect of themselves has the potential to be made public - and once information is on the internet, it is difficult to be optimistic about it not spreading like wildfire. The threat of possible public embarrassment and social condemnation leaves the victim with what they consider to be the easiest solution to the problem: backing away from the online world. That threat is sometimes powerful enough for them to partially withdraw from physical spaces such as schools, workplaces, markets and parks, even family gatherings, either taking the decision themselves to do so, or being forced by someone from within their family and/or friends.

But if there’s anything that the recent incidents of women (and men) coming out and speaking up against their harassers and abusers in the West has shown us, it is that there is no shame with being harassed when it is someone else who is committing a crime. Any forced ‘shame’ or ‘embarrassment’ that one is made to feel as a result of facing harassment can be overcome by the support and encouragement of everyone else. Drawing up a circle of support can encourage women to maintain their position in both the online and public spaces, instead of feeling like their only refuge is to wipe away their online identity.

A person who is harassed or abused in online and/or offline spaces often indulges in self-loathing and the guilt obscures their will to communicate with people and in expecting support from them. This self-blame results in more serious consequences stemming from psychological trauma. In such instances, the onus comes on people around the victim to extend support to them, and make use of the available sources of help starting from making sure the victim doesn't blame themselves for the abuse they were subjected to.