December 10, 2015 - Comments Off on DRF Concludes Successful Second National Conference on The Right To Privacy in The Digital Age

ISLAMABAD, NOVEMBER 27, 2015: Digital Rights Foundation organized its second National conference in collaboration with Privacy International on The Right to Privacy in the Digital Age in Islamabad on November 26th, 2015, with the objective of starting a debate around the lack of laws pertaining to cyberspace, with regard to privacy in particular. The conference featured experts from international rights organisations who delivered sessions and answered questions on the various aspects of privacy rights, as well the use and impact of surveillance technologies.

The conference brought together stakeholders including lawyers, parliamentarians, journalists, civil society, to discuss the different aspects of privacy rights in the context of Pakistan in the 21st Century. 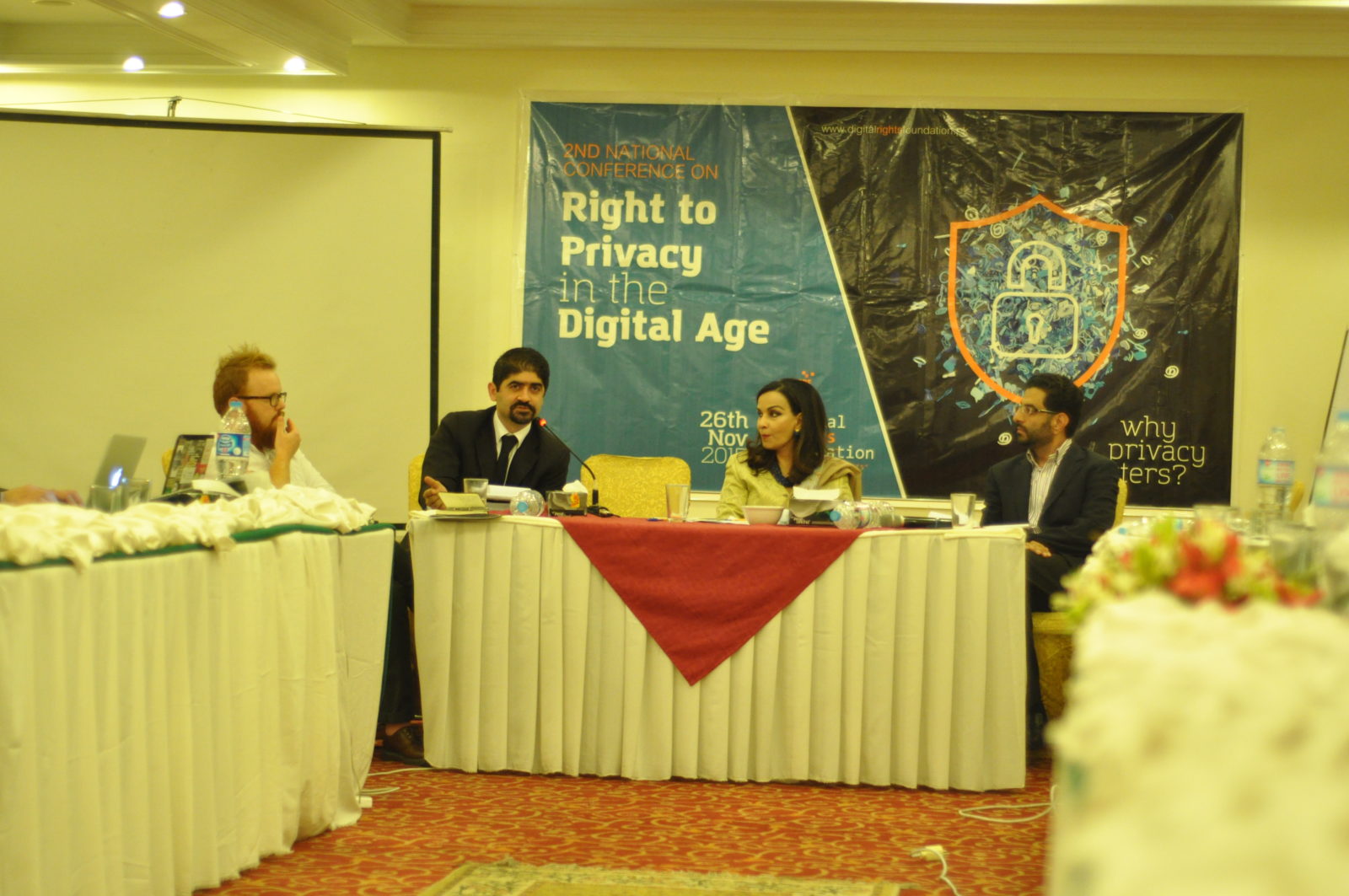 Ms. Nighat Dad, rights activist and founder of DRF, welcomed the participants and explained the need for this conference which would work as a means of building the capacity of Pakistani journalists, activists and civil society organizations. The event was aimed towards understanding in depth the concepts around privacy and how mass surveillance violates privacy rights and international treaties. The goal was not only to create a greater awareness of privacy and surveillance issues, but to also provide the knowledge necessary to advocate for stronger data and privacy protection laws. 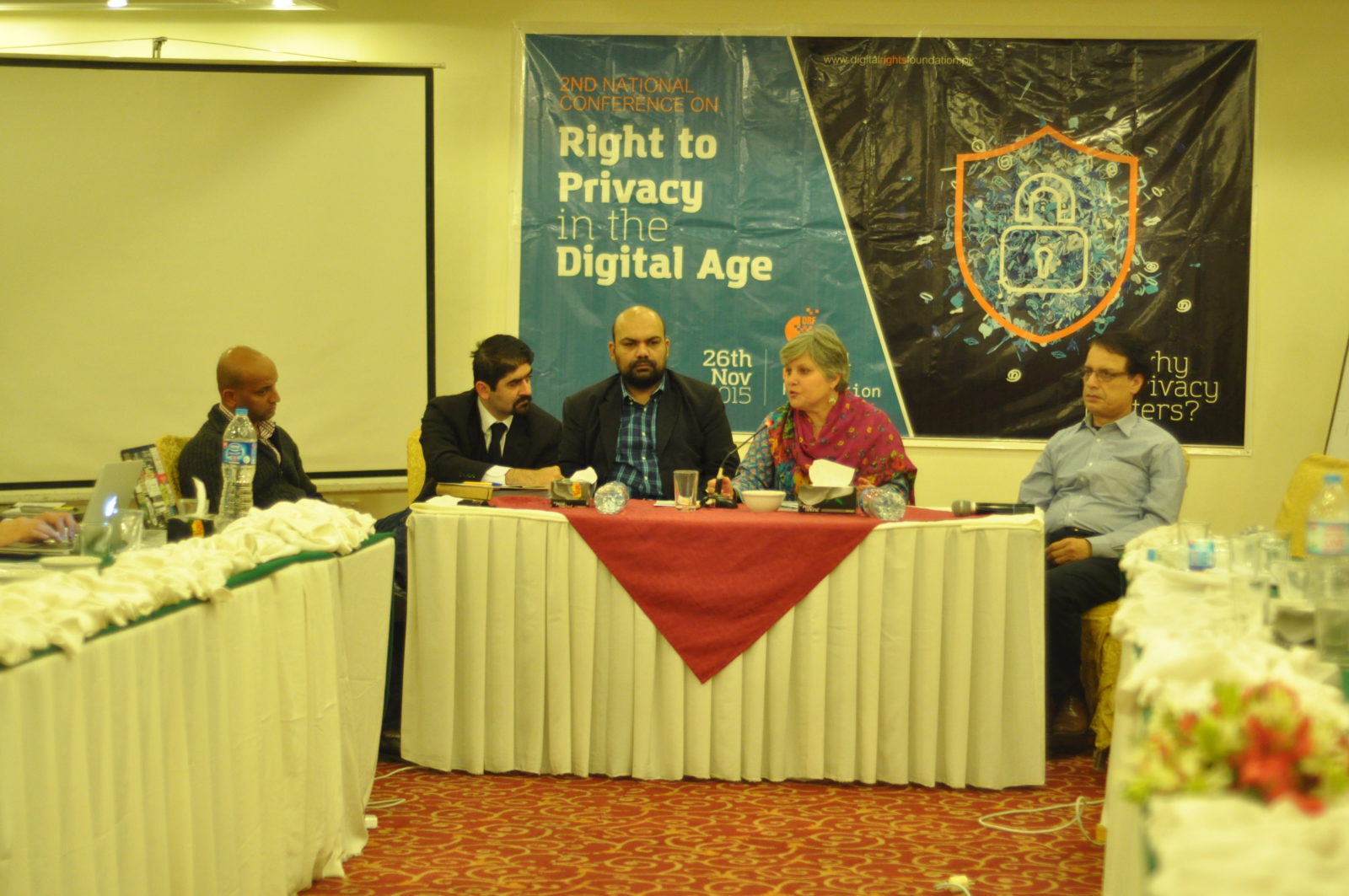 “To get death threats just for voicing my views, is not acceptable,” pointed out the former member of National Assembly Bushra Gohar, who was among the panellists who debated on the importance of striking the right balance between security and freedom. “Online safety is as important as physical safety now,” said Hassan Bilal Zaidi, staff writer for Dawn newspaper. “The security measures in Peshawar continue to haunt us,” said Mr. Iqbal Khattak, Pakistan country representative and monitor for Reporters Without Borders for Freedom. Mr. Khattak pointed towards the need for the government to control the security threats instead of controlling opinions of the individuals.

“We need effective laws that filter out hate,” said the parliamentarian Ms. Sherry Rehman, who serves as a member of the Senate. She also explained that at the same time, as an emerging democracy, we have certain laws that are an example for other countries. Lawyer Mr. Waqqas Mir, who moderated the sessions, was blunt in his view of those civil societies that have accepted the decision of the government to create laws that will block material as seen fit by it. There is a need to resist such curtailing on freedom of expression. “We have the right to privacy,” as per Article 14 of the Constitution of Pakistan, he explained.

Conference participants took part in rigorous interactive session with panellists and came away with a greater understanding of what is at stake in the struggle to balance security concerns with civil liberties.