Digital Rights Foundation (DRF) conducted its Sixth National Conference on “Privacy: #PrivacyIsARight” on December 7, 2019 in Islamabad to discuss issues relating to artificial intelligence, and algorithmic decision-making in the context of privacy rights. The event was supported by one of our key partners, the Friedrich Naumann Foundation. The keynote address was delivered by former senator Faratullah Babar. The conference featured the Glass Room Exhibit which featured interactive installations such as “The Zuckerburg House”, “The Empire”, “A Data-Day”, “Fake or Real” and “The Real Life of Your Selfie” which were supported by Tactical Tech as part of its global exhibit.

A panel discussion on the topic “The Future of Tech: AI and Algorithms in the Context of the Criminal Justice System & Social Justice” was conducted to tackle the issue of emerging technology such as artificial intelligence and algorithmic decision-making from a human rights perspective. The panelists included Dr. Maryam Mustafa, Dr. Muhammad Nadeem, Rahma M Mian and Aleena Alavi.

The event also included a vibrant debate on the proposition “This House Believes That (THBT): Sentencing by judges should be delegated to algorithms”. Oves Anwar (RSIL), Mujtaba Hussain (KPITP) and Usama Khilji (BoloBhi) spoke in favour of the motion. A team of Malaika Raza, Aniqa Arshad and Zoya Rehman argued against the proposition. 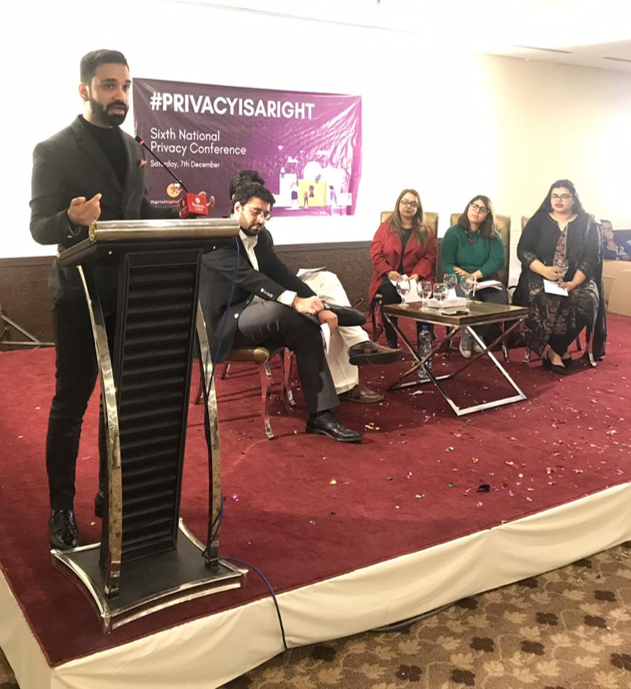 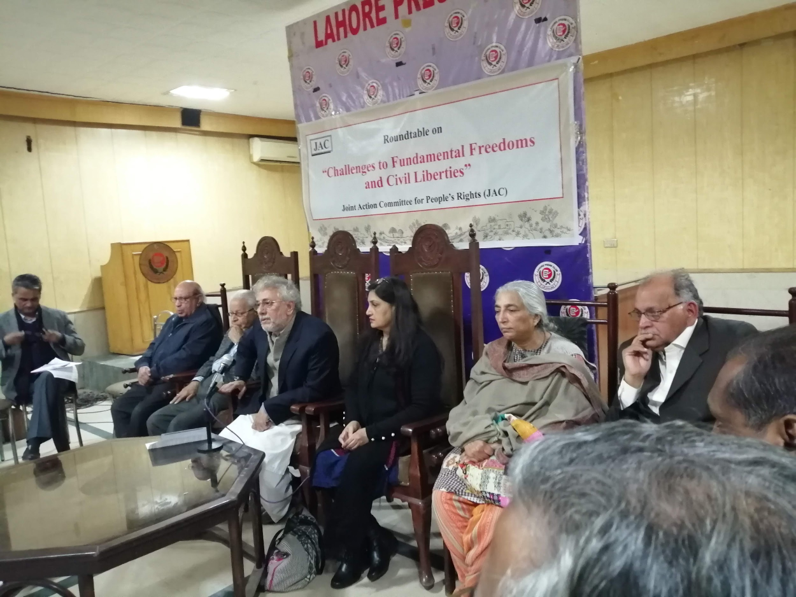 DRF took part in a press conference as part of the Joint Action Committee (JAC) to highlight the issue of shrinking spaces in Pakistan, especially the lack of freedoms for civil society. Speakers at the conference included representatives from HRCP, WISE, AGHS Legal Cell, South Asia Partnership Pakistan (SAP-PK), SAFMA and several others. DRF particularly highlighted the shrinking online spaces and how it was impacting other fundamental freedoms enjoyed by citizens. 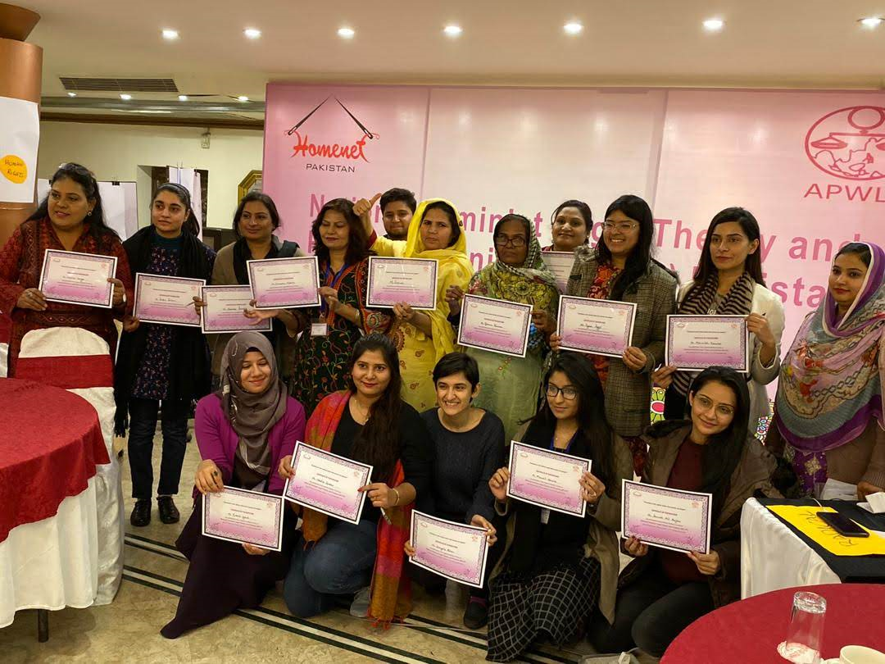 DRF took part in the NFLTP organised by HomeNet from December 17th till 19th. Jannat Ali Kalyar and Shmyla Khan attended the conference as representatives from DRF. The workshop focused on feminist approaches to the law, covering a wide range of issues relating to international human rights law, intersectionality, the feminist movement in Pakistan and critiques of laws aimed at addressing gender-based issues in Pakistan.

Nighat in Women of the World Festival

DRF’s Executive Director Nighat Dad took part in the ‘Women of the World’ Festival in Karachi, and took part in a panel discussion titled, ‘Feminism in the Digital Age’. This panel aimed to bring to light issues of access to the internet as well as how the the feminist movement has played out in digital spaces.

As part of our work on data privacy and data protection, we partnered with ‘The News on Sunday’ to publish opinion pieces about the topic. The aim with these articles was to help create awareness, and further public discourse on the matter. 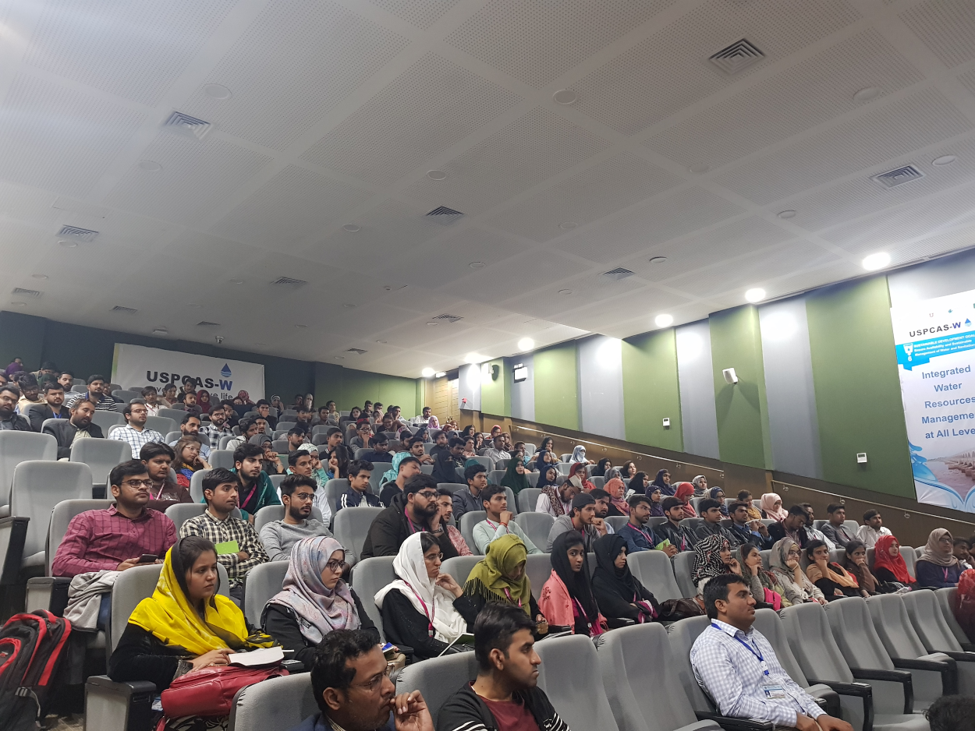 DRF conducted a session on 3rd December with students and admin of Mehran University of Engineering and Technology at the USPCAS-W Auditorium. The session titled Hamara Internet: Online Spaces; Challenges and Opportunities had 174 students from the institute. The session highlighted the current digital rights discourse in the country along with a need for a data protection bill in the country. Students shared their experiences of online harassment and harassment in general and also highlighted the pivotal role of each citizen to make online spaces safe for all. 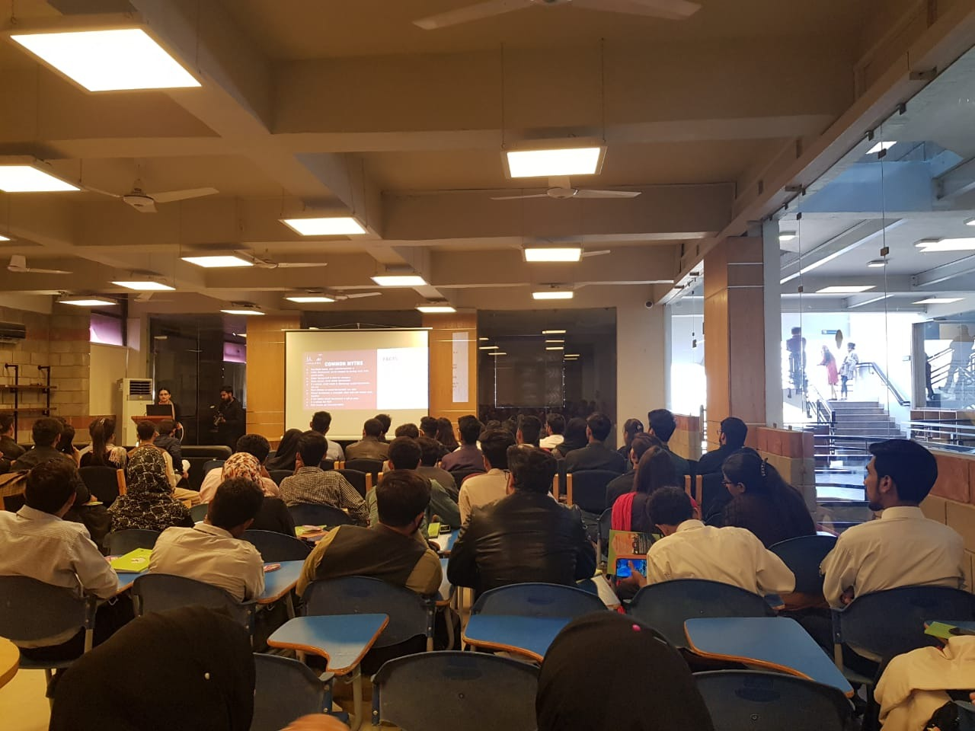 DRF conducted a session on 4th December with students and admin of Iqra University, North Campus, Karachi. The session was with 92 students and teachers on campus. The session highlighted the impact of online violence in offline spaces and how certain communities are vulnerable online. There was a much needed debate around the current cybercrime legislation in the country and also the need for a data protection bill.

Landmark Judgement regarding Right To Information and Privacy passed by Pakistan Information Commission.

The Chief Information Commissioner passed a landmark order in December 2019 which can be seen as a major win in the area of privacy and data rights. The judgement is as follows:

In the proceedings of the appeal, DRF’s Executive Director Nighat Dad acted as Amicus Curie, and added her  input. She talked about the current legal landscape regarding privacy, which in Pakistan is covered under Article 14 of the Constitution. Nighat Dad also talked about how there are no data protection laws in the country, a matter that has led to private citizen’s data being compromised, as seen in the case of Khyber Pakhtunkhwa’s online citizen portal and its corresponding app. Additionally, she added the following, ‘Until and unless a robust data protection law is enacted, collection of private information, unless explicitly required, should not be collected. Furthermore, making CNIC as a requirement for access to a fundamental right, such as the right to information, is too onerous a restriction.’