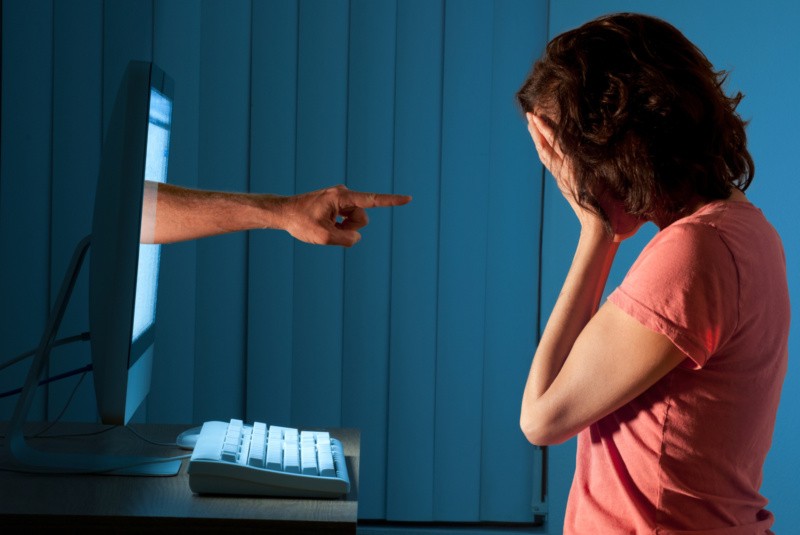 April 10, 2017 - Comments Off on Cyber Harassment: How Real is it for A Survivor’s Mental Health?

Cyber Harassment: How Real is it for A Survivor’s Mental Health?

Most of the times, online harassment is dismissed because it doesn’t happen in the physical space, in the “real” world. But what we fail to understand is that digital or cyber space is a part of the real world now and there are no boundaries anymore. It is commonly believed in Pakistan that physical harassment has a long term effect on a person’s mental health but the far reaching effect of online harassment has not been evaluated yet.

Where cyberspace and social media, the virtual world, is a wonderful place to connect with people, sharing updates and pictures online, it also makes it easier for perpetrators to access people and harass them. Anything happening in the digital world materializes in the physical world as well, and is as ‘real’ as our physical surroundings. Thus, threat, abuse, blackmail or harassment in the digital world has the potential of having a debilitating impact on individuals.

The problem with digital harassment is that it never goes away. Pictures, people’s comments never go away. The controversies never go away. In the physical space, there is a chance of outgrowing or getting away from the harasser but with online harassment, this isn’t the case. The only option people are left with is to withdraw from social space or be anonymous - without identity.

Unfortunately, while the impact of physical harassment is documented but the effect of online harassment has not been looked into in Pakistan. Ironically, Pakistan, according to World Bank Statistics, is one of the countries with highest growth rate in internet users in SAARC region but with least work done on the impact and effects of online bullying and harassment.

Since it’s impossible to completely leave digital spaces, even if you change your identity, your previous posts and pictures will always be out there.This inability to escape, and not knowing whom to contact for help when being cyber stalked or harassed, distresses the victim.

In the beginning, this distress manifests as denial when the threat is not perceived as imminent or troublesome. This changes into confusion and self doubt when the threat materializes but is still difficult to believe that it is happening to them. Subsequently, self-blame along with guilt and frustration emerges, where victims start blaming themselves for its occurrence because they think they responded back to a meaningless text or talked to a certain person or willingly became friends with a stranger.

Even more troubling, when it comes to seeking support, oftentimes friends and family members they reach out to reinforce their thinking that they did, in fact, bring it upon themselves. The constant guilt causes depression and anxiety. They face difficulty concentrating and attending to things at home /school/workplace. Constant rumination increases distress and symptoms of depression that lead to isolation, withdrawal, self-harm and in some cases suicidal ideation.

The sense of being trapped, having brought this upon themselves, is particularly acute in the case of women. Sometimes, the perceived shame brought onto the family forces them to contemplate suicide, believing that this would end the problem, yet the problem persists. Or at times their  families chose death for them as was the case with Qandeel Baloch who was harassed, victimized and murdered. She was not the only one who suffered from online harassment that presented itself in her physical world and killed her, there are many just like her suffering in silence or committing suicide because no help is available to them. Same perpetrators, different victims and this cycle continues.

An all too familiar case is of Naila Rind, a girl who committed suicide after allegedly being blackmailed. But does one commit suicide on a whim? No, it takes a certain level of distress that forces one to believe that all the problems would end with their death, their family would be better off without them and this thinking incites them to commit suicide. Yet, many who choose to live with “soiled” reputation and constant guilt start to become insecure in their relationships  and remain emotionally isolated. It becomes very difficult for them to open up or trust anyone in their later life.

The only way to counter this is by educating people that online harassment is real. The way forward is to educate and change mind-sets, that harassment against anyone, of either gender, community, religion, is unacceptable. With this awareness, it becomes pertinent that one does not blame and shame the victims of online harassment, and instead empathise and have a compassionate perspective towards those being harassed or bullied.

Thus, it is imperative to create safe support systems for people who are going through it to break that cycle of emotional and social isolation that puts victims at the brink of mental illness. In doing so, victims stand a better chance when it comes to countering harassment and fighting off perpetrators of harassment.

Digital Rights Foundation established Pakistan's first Cyber Harassment Helpline to help the victims and survivors of online harassment in seeking help and to ensure that they get the support they need in their ordeal. The helpline can be reached at the toll-free number 0800-39393 from Monday to Friday at 9 am to 5 pm. The helpline support staff can also be reached at [email protected] The services of the helpline are free-of-cost and the queries are dealt in complete confidentiality.