Islamabad, November 14, 2014: Digital Rights Foundation organized country’s first National Conference on privacy rights and digital surveillance today in Islamabad. The focus of this national conference was to start a debate around the lack of legislation and laws pertaining to cyber space with a focus on privacy. During this conference, Waqas Mir, a lawyer from Lahore having expertise in constitutional laws and free speech, presented a comprehensive whitepaper on surveillance in Pakistan. This whitepaper took the audience and readers through the history and development of legislation around privacy and surveillance in the country with a focus on recently drafted Fair Trial Act 2013.

DRF in partnership with Privacy International and Freedom Network organized this event to bring together members from all stakeholders including lawyers, parliamentarians, journalists, civil society, and the public to create a serious and continuous debate around having a consistent approach between surveillance and privacy. Multiple panels and session talks were held discussing global and local perspectives of surveillance in the digital age. Panelists also talked about solutions that could be employed taking examples from other countries world over while going over the case studies where common citizens, journalists, feminists, and dissidents at large have been harassed and attacked.

Senator Afrasiab Khatak, former member of National Assembly Bushra Gohar, and Ben Wagner, international expert on export of surveillance technologies were also part of the panels among other distinguished speakers. The conference concluded by recommending public to use their Right to Information more assertively and frequently and by demanding government to ensure transparency and publish annual report on the number of warrants granted for surveillance, and the number of offences prevented by surveillance or interception of information.

The key points that were raised during this national conference on privacy and surveillance include:

National conference on surveillance this year tried to gear start the debate around privacy and surveillance in the country. However, it will be furthered by the support of stakeholders and will be held annually to create a strong network producing tangible results and putting forward suggestions for the government.

Digital Rights Foundation (DRF) is a research based advocacy organisation based in Pakistan focusing on ICTs to support human rights, democratic processes and better digital governance. DRF opposes any and all sorts of online censorship and violations of human rights both on ground and online. We firmly believe that freedom of speech and open access to online content is critically important for the development of socio-economy of the country. @digitalrightsPK 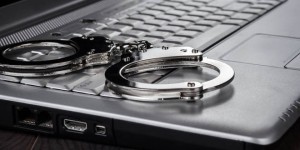 Meet Betty, a young woman from Morelos, Mexico. Her story speaks about the different connections and interactions that she encounters through online social networking – some of them expected and welcomed, some of them a little less straightforward. It’s also about how Betty exercises her judgment and discretion in dealing with them.

How do you exercise your judgment and right to privacy in online social networking spaces?

Access to and use of social networking services like Facebook is increasingly an important aspect of participating in public and political life. We have heard many recent examples of how social networking platforms have become valuable sites of social and political mobilizing and democratic participation. At a more personal level, they are becoming an important part of how we interact and connect with our communities. They can also be a space for us to construct representations of our “selves” through the things we share, including photographs, what we do, interests and personal information. For women and girls who are constrained in other spaces because of culture or norms, this can be especially important.

At the same time, there are certain safety risks when it comes to social networking sites. Because of the wealth of personal information available, it can be possible to make assessments about a particular person and target them for specific reasons. For example, based on what a person shares about her employment situation, or her relationship status, she can be targeted for financial scams involving fake employment and migration opportunities or “romantic relationships”. In countries such as Mexico where human trafficking is recognised as a serious issue, women’s rights activists are critically assessing the role of social networking sites in targeting potential victims.

How can we participate in shaping a social networking environment that enables us to fully participate in community and public life, without compromising our safety? How can our right to privacy be prioritised – from the development of technology, to corporate policy, to laws, to our own practices?

Take Back the Tech! in Mexico took the November 25 "Festival de las vivas" fair-goers to the test, putting up banners with "quizzes" to test internet safety practices and detect tech-related violence against women and girls. Facebook awareness campaigns via flyers and radio spots share tech-tips, like: "Have a sexy photo you just have to share? Then segment your Facebook friends into lists first".

Surveys on tech-related violence are being applied at youth workshops and cine debates throughout Morelos.   Virtual activities include online daily actions to increase digital security for women journalists and human rights defenders, reaching 100's of women throughout Mexico and Central America. The campaign will close this year  with a tech-fest on mobile security for women journalists and social communicators.

Take Back the Tech! partners in Mexico include youth sexuality and reproductive health activists, DDESER; anti-cyberbullying and child pornography initiative Social 2.0 for A Safer Internet; CIMAC women's news agency and network of journalists, and women human rights defenders throughout Mexico and Central America.