The struggle to strike a fair balance between civil liberties and civil security is that has been underway for as long as either concept has been in existence. Are we truly free to practice freedom of speech, without being curtailed by the state, which in turn may curtail certain freedoms in the name of national security? In times of uncertainty, conflict and great upheaval, this is a question that grows less academic with each international and domestic current event. Leaks by intelligence agency whistleblowers, such Edward Snowden have lifted the lid of the activities of governments and intelligence agencies to keep their citizens – as well as their political allies – under surveillance, to capture the next terrorist, as they claim. That governments are ostensibly looking out for the safety of their citizens is important – but at what cost? What do we, the people, give up in the quest for greater security? And can we can ever go back?

These are some of the questions that Digital Rights Foundation hopes to address with our second national conference on “The Right To Privacy in The Digital Age”, to be held in Islamabad on November 26th, 2015. The conference will focus upon the realities and theoretical underpinnings of the conflict between security and civil liberties, and whether it is possible to fashion a balance that addresses both equally. The conference will also take a look at the state of privacy in this age of surveillance, the acknowledgement of this new reality being brought to light by Edward Snowden. What is the state of the right to privacy and freedom of expression in the Pakistani context, especially in the wake of the December 2014 attack on the Army Public School in Peshawar? Since this attack, there have a number of developments centred around attempts at controlling and limiting these rights, including flawed legislation, set to pass, that would set these violations of our rights down as law. Can we bring Pakistan back from the brink, or are we looking at the criminalisation of democracy? 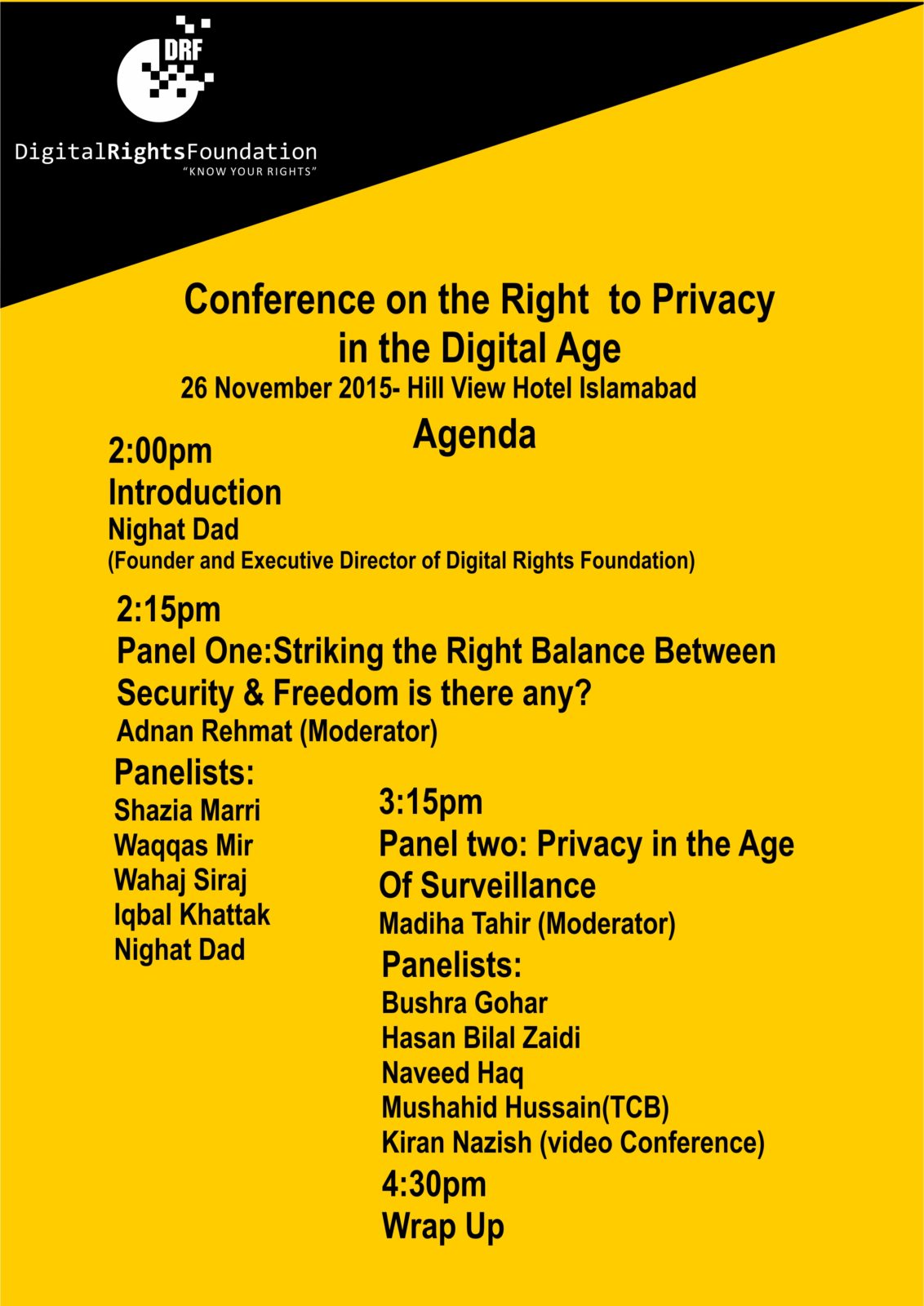 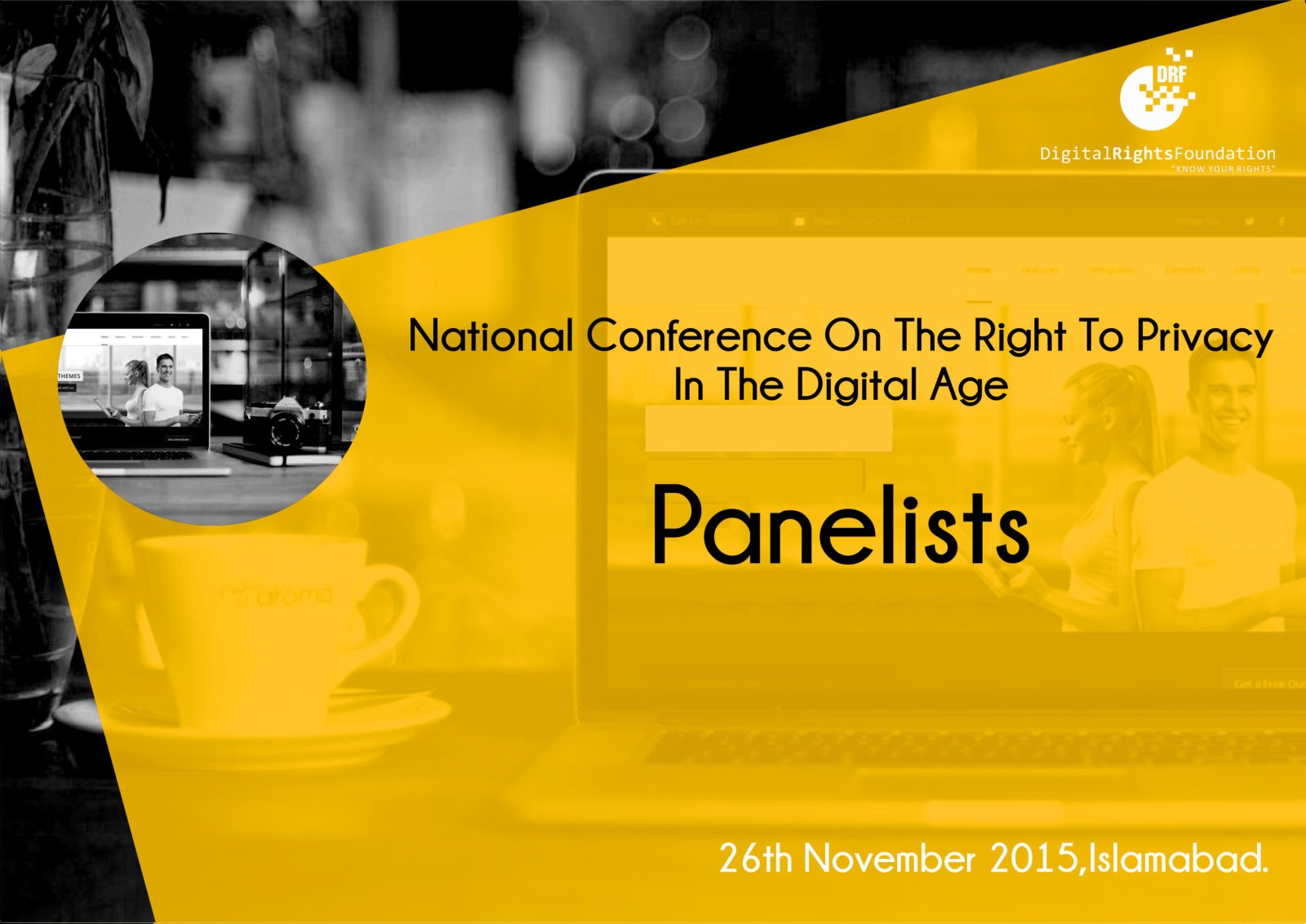